Those living in the Macintosh world, and those living in the Final Cut Pro X world, be aware that Monday, October 7 was a big day as Final Cut Pro X 10.4.7 dropped (as did new versions of Motion, Logic, and Compressor) along with MacOS 10.15 Catalina. I didn’t want to just copy and paste the press releases so I messed around with it last night and made note of some stuff I was reading around the ‘net.

The most significant bit of news here as this is the OS that finally drops support for 32-bit applications. If you have those installed, they will not run. You’ll see that little slash in the app icon.

I think this is going to be less of a big deal for most editors than the “tech press” might let on. But it’s worth taking a look to see what is in your system that might not run. It’s easy to look by choosing the Apple Menu > About This Mac> System Report > Applications.

In pre-Catalina installs there is a column for 64-bit. Or you could download Go64 from St. Clair Software and have it check. Or just look for those little no-launch icons on some of your apps but that’s the hard way to do it. I upgraded one of my iMacs and the upgrade went smoothly but you have to be prepared for things to not work. There are some security changes in 10.5 so it feels like many apps you launch have to verify.

There is a lot under the hood of this new Mac update so I would suggest reading a few reviews of Catalina before updating to know what all is coming with 10.5. I like the ability to use an iPad as a separate monitor wirelessly via Sidecar. Duet Display has allowed this forever but it’s nice to have it built-in. The MacOS doesn’t support touch so you can’t just touch and use the iPad and use it like the iPad when it’s working in Sidecar. Apparently you can use the Apple Pencil and a touchbar if you have one of those laptops.

While it might not feel like that big of an update, from reading what some of the more tech-heavy editors have been saying after digging around with FCPX 10.4.7 for the day, the above tweet seems to be accurate.

With this 10.5 update to MacOS cames new versions of the Apple Pro Apps. The Final Cut Pro X update, like Catalina, is more of an under the hood update with a new Meta-based engine that should improve playback and graphics performance on what was already the fastest NLE out there. It’s also been optimized for the upcoming new Mac Pro and the Pro Display XDR so if you’re in the market for one of those FCPX will be how to take advantage of it in the video world.

As usual, Ripple Training has some good videos with what we need to know about Final Cut Pro X 10.4.7 so give them a view.

What we didn’t get are any significant feature updates which is a disappointment. Maybe we’ll get yet another new version at the FCPX Creative Summit later this year?

For some reason, after updating to Catalina my ProApps don’t show up in the Mac App Store for updating so I had to force a new download by zipping FCPX into a zip file (this is a good way to store older versions anyway) and just redownloading. I’m not sure what’s up with that. 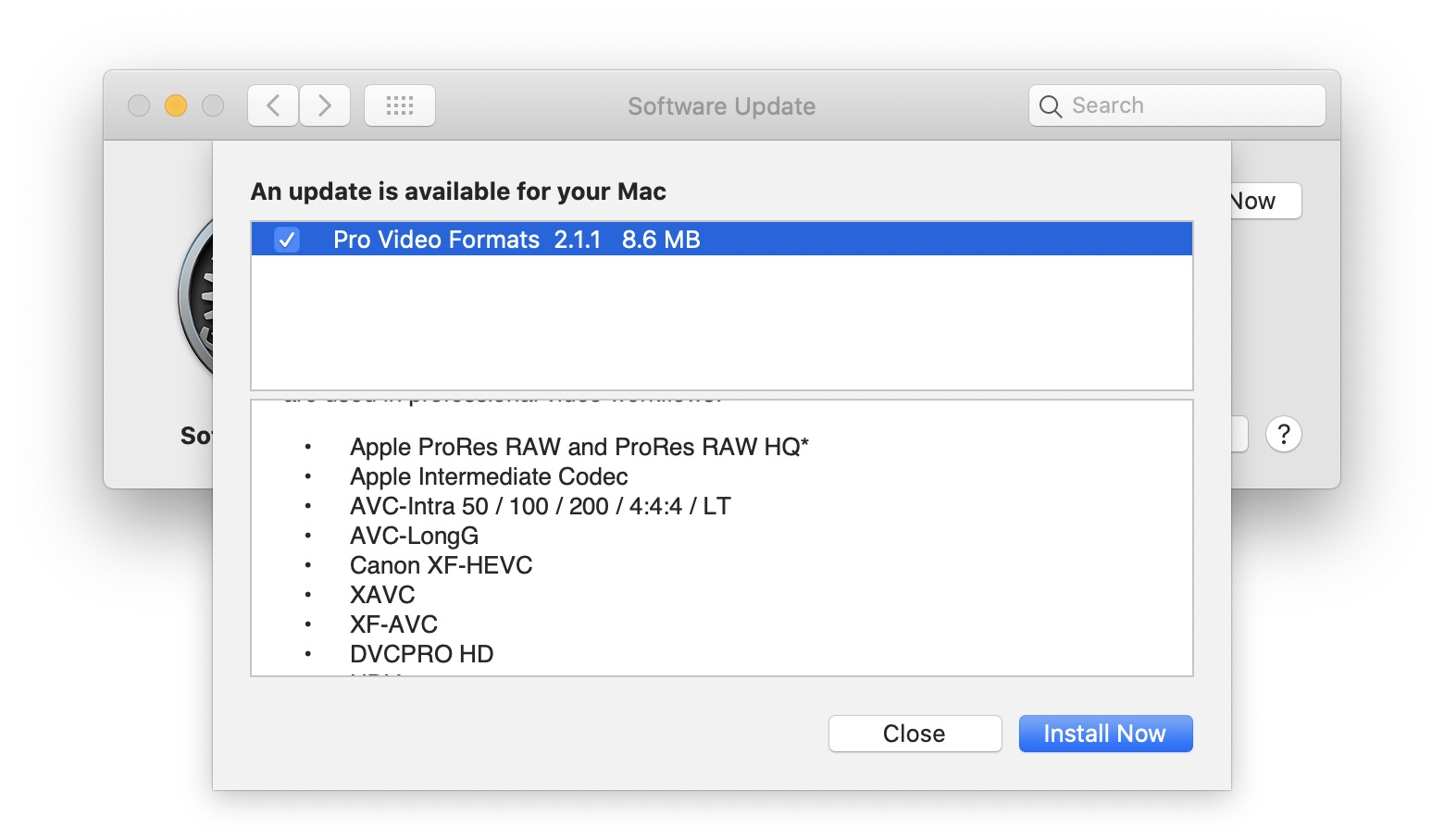 I did get the update for Pro Video Formats. This does not include the new 64-bit decoders for Avid DNxHR and DNxHD codecs that were announced at IBC. Media Composer would not launch in Catalina so do not update to 10.5 if you’re dependent on Avid. In fact, wait across the board until you see companies specifically mentioning support for MacOS 10.5.

Apparently, you don’t have to update to Catalina to get the new FCPX update, but you might want to be aware of weirdness.

Did the #FCPX 10.4.7 update (or other apps like VLC)make your Mojave Menus freak out system wide? Here’s the fix https://t.co/fZmn7cP5lG pic.twitter.com/ToQGfg1IC2

macOS 10.15 dropped today. DON’T UPGRADE YET! But if you do upgrade, make sure to grab a copy of EditReady 2.6.3 that we just released — https://t.co/QpeU9ulbyV

And it’s not just applications that might not be compatible when you update any OS or application. Plug-ins beware too.

Here’s a list of plugins that are “blacklisted” in Final Cut Pro 10.4.7.#fcpx pic.twitter.com/2Np0cSwVYV

The most important thing is the check, check and double check on both the OS update and the Final Cut Pro X update. As always, backup your system and important data. And while the other piece of good advice is to never update in the middle of a project there are those that do. It’s one thing to update your NLE and I think that’s not the end of the world but I would definitely hold off on updating to a big, new operating system version for awhile.