It’s been a busy day when it comes to non-linear editing software updates as Apple and released and update to Final Cut Pro as well as all of the Pro Apps.

We knew this update was coming as we previewed dupe detection in Final Cut Pro 10.6.2 a couple of weeks ago here on PVC. I think we all assumed that this update would roll out at NAB but since we are squarely in the NAB window we’ll call this Apple’s NAB update!

The signature feature of this update is dupe detection so we’ll let this tweet from Thomas Grove Carter show it to us again in a flashy way:

One new feature that I didn’t talk about a couple of weeks ago is voice isolation which will be a nice addition. It works quite well and will work better than noise reduction in many places where you need to dig out a voice. I won’t say whether or not I tried voice isolation on some vocal music tracks but if you need to pull out some vocals you can give this new feature a try or move to more focused tools for that.

We’ll let Ripple Training take us through the rest of these updates:

I’ll be looking forward to seeing how much more optimized this update is for the Mac Studio. Stay Tuned.

A few things in Motion as well:

And don’t forget exactly how useful Apple Motion can be even if you’re not a Final Cut Pro user. And cheaper if you don’t want to subscribe to the Adobe Creative Cloud.

Compressor gets some love too.

I want to test the Mac Studio encoding performance as well. Another thing on the todo list!

If you do any pro video work on a Mac head to the System Preferences > Software Update as there might be an Pro Video Formats update waiting there as well.

The Pro Video Formats package provides support for the following codecs that are used in professional video workflows:

One of the biggest updates from Apple today was for iMovie for iOS. This includes the new Magic Movie and Storyboards. It has to be big, look at this bullet point list!

Many years ago iMovie on the desktop had a feature called Make Magic iMovie. This was back in the DV days. I didn’t work very well and I’m guessing it was axed. I tried a few other auto-magic video editing tools like that over the years to only mixed success. I swear I did a blog post about a couple of them but can’t find the link.

The desktop version of iMovie also got updated to 10.3.2 with the ability to import the Magic Movie and Storyboard projects created in an iOS device. I wonder why we can’t create Magic Movies on the desktop?

I was curious as to how well Magic Movie would work so I updated iMovie on my iPad and threw some video at it that I’ll probably never get around to editing myself.

Not too bad for 5 minutes of my time. I was wondering what it would do with the blurry shot I purposefully included in the shot selection and … it’s in the edit! You can go into the Magic Movie edit itself and tweak. 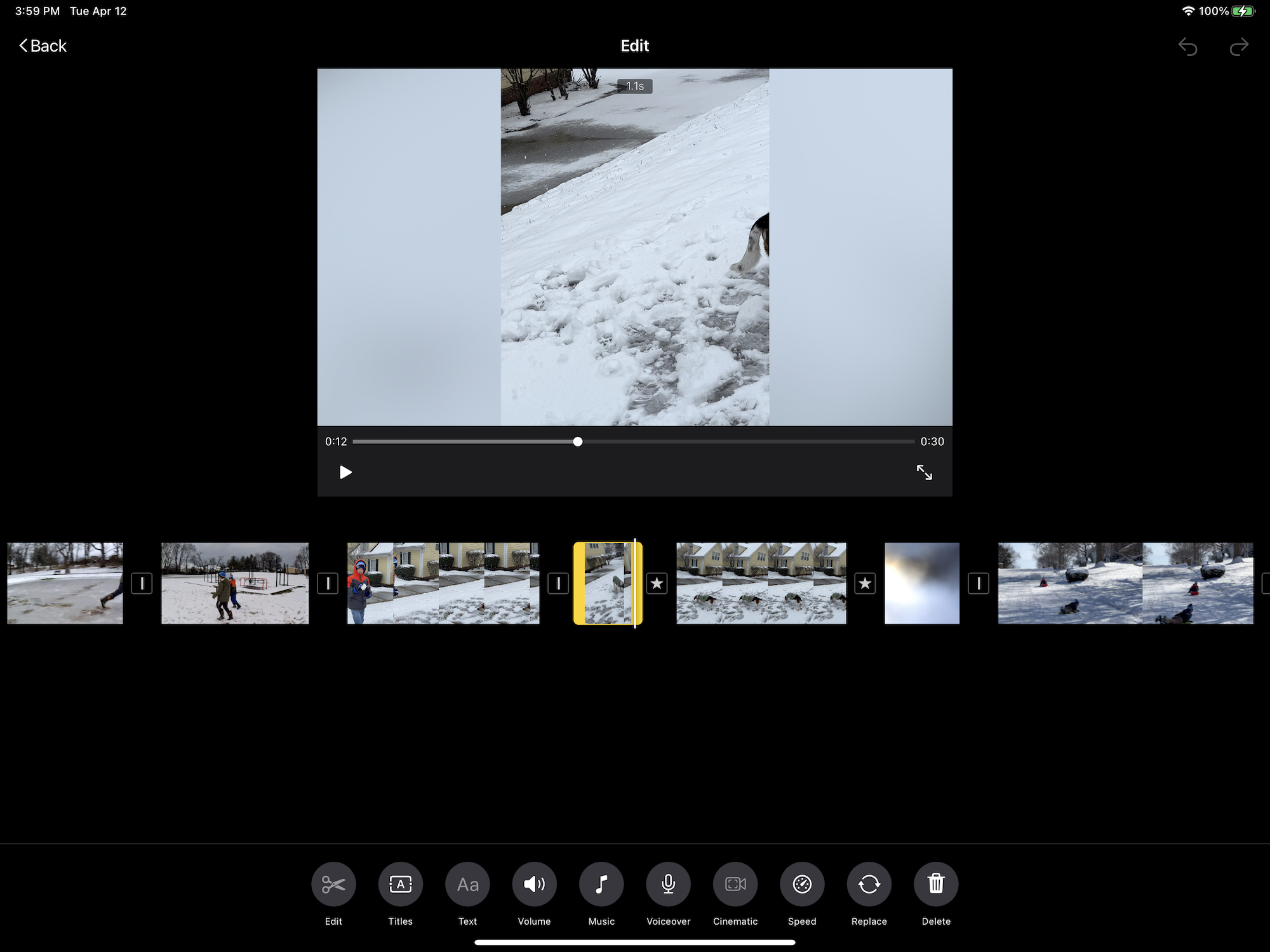 I’d probably fix this dog shot if I wanted to spend more than 5 minutes on this video.

Honestly I’m quite excited about this new iMovie feature as it means some of the family video I’ve got on my iPhone might see the light of day as an actually, little movie! 😄

It’s also worth noting the new Storyboard feature that will be a great place to start for the video novices out there. 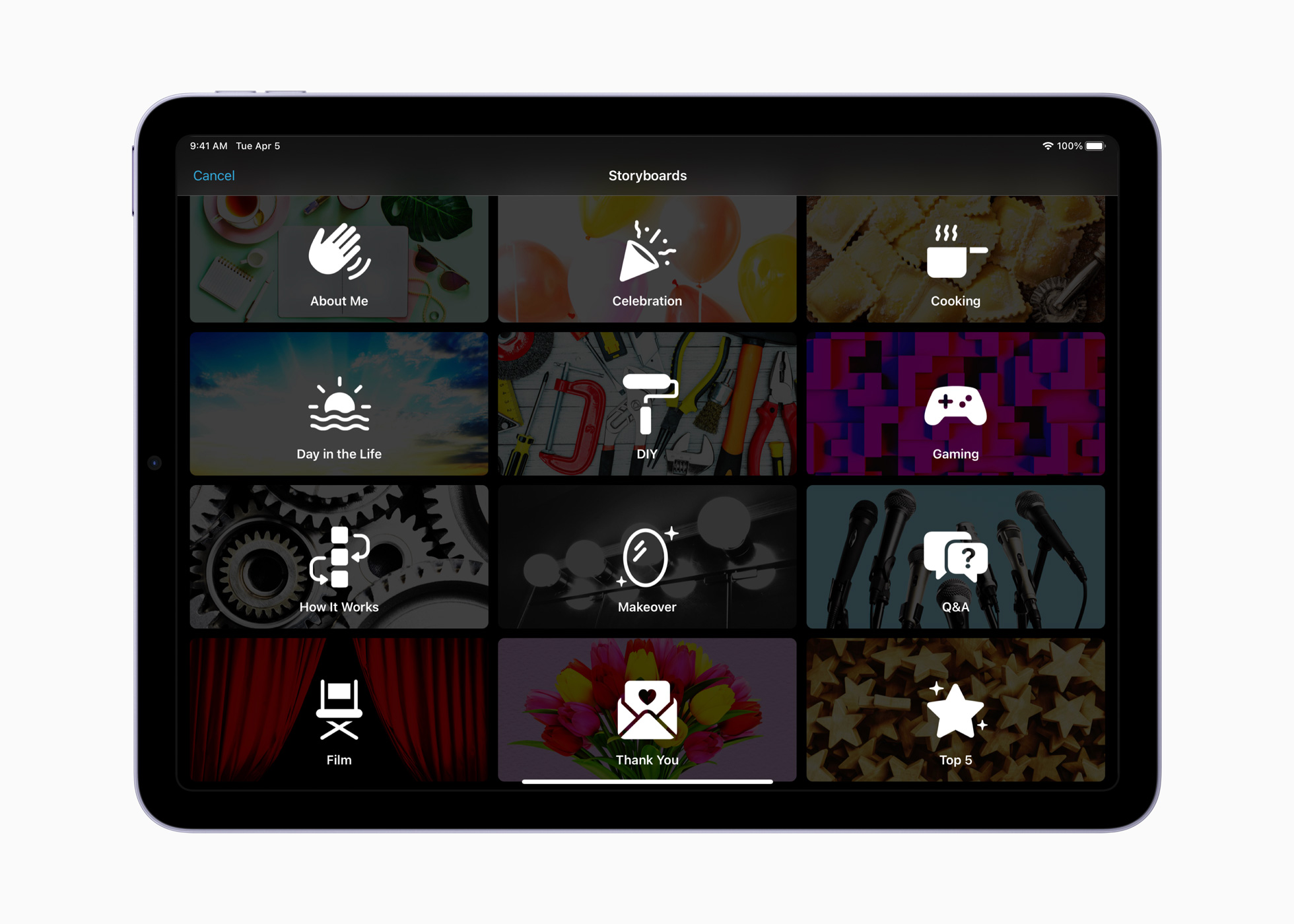 My kids are going to love this. Hmm … seems iMovie for iOS is getting more love that Final Cut Pro! 😬