With hundreds of careers and opportunities, the Filmmaking industry can be a unique experience for a Filmmaker. Options include pitching an idea, or a commission through screenwriting, casting, shooting, editing, and screening your project. Filmtools decided to take a deeper look into the world of a Filmmaker. This week, we had the opportunity to speak to Filmmaker Evan Zissimopulos about his work. This is what he said: 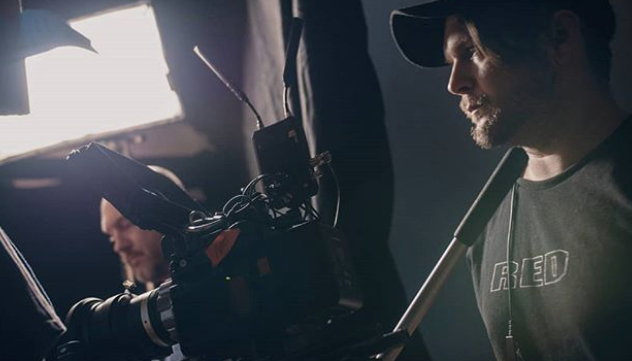 I’m inspired by the unknown and the people who are driven enough to tread into the realms of uncertainty to show us the world in a different light.

Typically my role on set is either Director, Cinematographer or both. Smaller gear packages and nearly universal access to equipment have made it easier for more people to get into this field, so I believe that one of the only ways to be competitive is to be able to multitask. In the freelance world, you are often hired to direct a project as well as shoot it. However, I will say that it is a welcomed luxury when I am hired on an agency job or larger project where I can just direct or focus on being a director of photography and have all of my crew on board for the adventure.

I feel that this field chose me, in a way. I was a semi-professional skateboarder making videos to try to promote myself but after creating 4 feature-length skate films, I found that creating the videos as a whole had really captured my passion.

I was in Ireland doing a remote high school programme at the time, but a TV Production teacher at my parent school in Florida had seen my skate videos and asked me to be a part of her class and told me that I should try out some narrative work. When I came back, I created my first short film about an alien abduction and entered it into the count-wide video and film festival as per her request. I ended up taking 3rd place against two of my friend’s films from a rival school. I had collaborated with him on it as well as a bunch of my other friends, who to this day are still some of my work colleagues. All-in-all I guess the thought of sharing stories with the world that I was able to create with my best buddies made me feel like I was still a kid playing with action figures. That’s when I thought that I’d love to keep playing for a living!

Saying you like one project over another is like trying to say one of your kids is your favorite. Each project has its own unique qualities and differences, and as an artist, I feel like even the smallest gigs become somewhat of your “babies”. However, if I have to pick a project with the most shock value, it would be one of my latest shoots for a PBS documentary series. We have been rebranding the series and have ventured all over Ecuador and Australia so far, spending a month in each country. I have deep gratitude for being able to work with unique people from far-away lands, in fascinating places that just leave you in complete awe of this strange rock that we all live on. 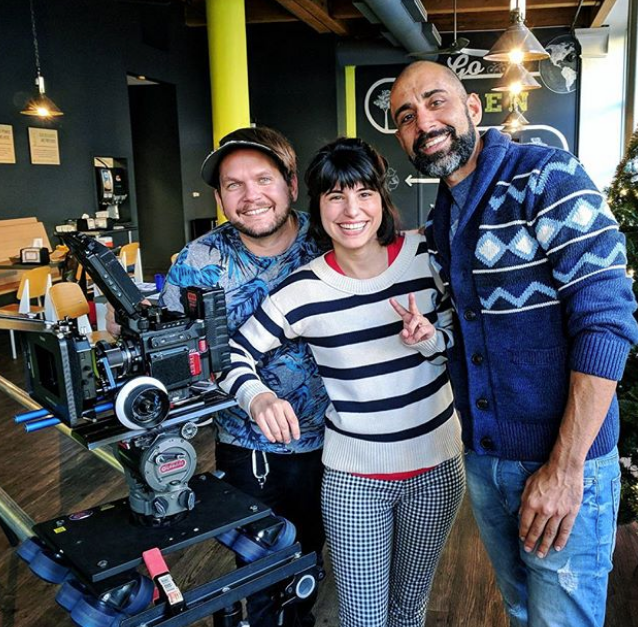 The first thing that I do on set really depends on the project. If it’s a bigger set, I would say that I usually have a rundown with the 1st assistant director or unit production manager about what needs to be done for the day. If it’s a smaller set I usually unload gear with my team and start helping set everything up. I just do whatever it takes to get the camera up and get shooting.

What’s in Your Bag (when you go to set)?

I almost always shoot on my RED Epic-W or at least someone is shooting with it on set. So in the example of the documentary work that I do, my ThinkTank Airport Takeoff 2 is packed with the following:

What challenges have you faced in the film industry?

I would say that the biggest challenge that I have faced in this industry is the rivalry from other extremely talented individuals (including a lot of my friends) who all have the ability to create extraordinary pieces due to the abundance of resources that are available. It seems that a lot of us are all vying for the same jobs and opportunities. But while this market saturation can seem like a burden, I also see it as a way to learn from all of the styles that are around you. 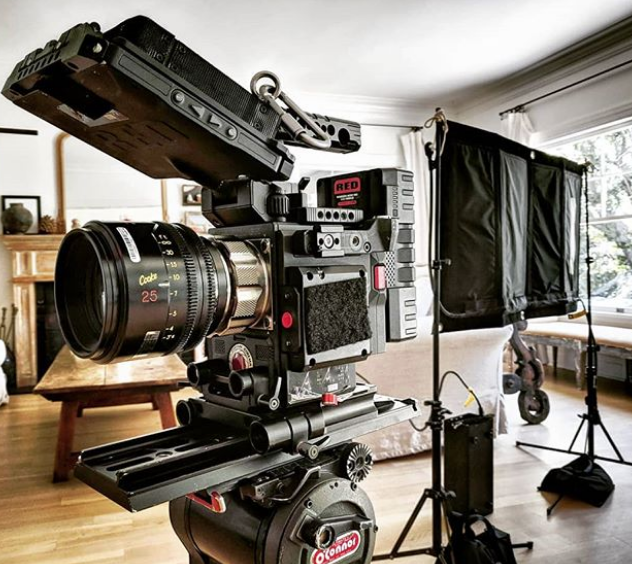 I just finished The Man in The High Castle on Amazon. I can’t wait for the 3rd series to come out. It is such a terrifying glimpse at what our world could have been like and the freedoms that we could have lost if we didn’t win WWII that it has given me nightmares. I’m kind of lost now that I’ve finished it, though!

I’d say that I both binge watch and pace shows out. I’m very busy, so I often don’t get a whole hour at a time to sit down and watch something, so I’ll pace it out and watch an episode in segments when I’m eating meals. However, in the event that I decide to take a day off, it’s full-on binge mode.

Should you rent or own a camera, this is a question that I get asked A LOT! I think that this all depends on your financial situation and what you intend to do with the gear. If you are an owner, sometimes you will land better gigs just because you have the gear. You also have the ability to rent your gear to other filmmakers when you are not working, IF you have the proper insurance (this is something that I can’t stress enough).

With that being said, I wouldn’t let a lack of gear hold you back from doing what you want or need to do. There are a lot of rental houses / personal owners out there willing to strike a deal with you if you cannot afford to purchase something like a full-blown RED Helium package. You should also not consider breaking the bank to try to finance such an investment unless you know that you will see a return because camera tech changes so rapidly. 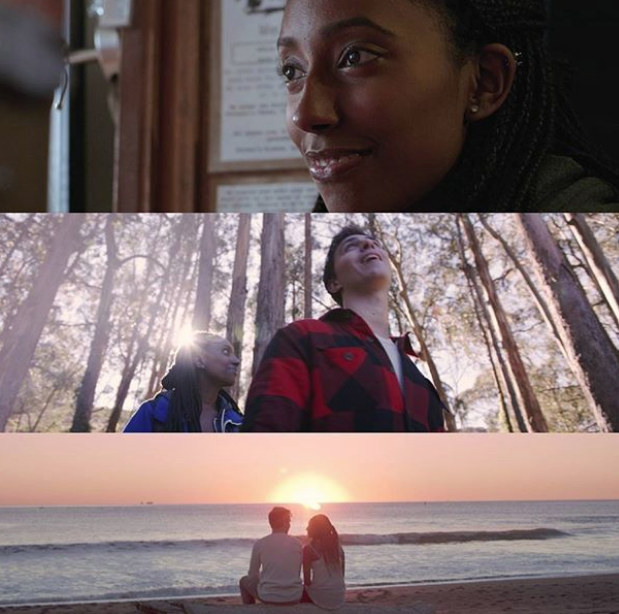 In the case of true cinema lenses (such as Cookes, Zeiss super speeds, etc) it has been argued by countless seasoned professionals that investing in a good set of glass is far better than investing in camera gear and I agree with them. The thing about glass is that the general technology does not change every 2-3 years like camera tech. Therefore your investment will be sound for a longer period of time.

You also have to think about the fact that many cinematographers are reaching for glass that was created in the 70s. This shows that there is still a desire for such equipment that is rented with prices that rival modern lenses, meaning that the profit margin is also higher than with cameras.

I prefer the RED digital cinema workflow, specifically that of the 8K Helium sensor. I find that the modular design of the camera is fast and easy to use and the R3D codec is something that I could have only ever dreamed about when I first started 15 years ago. People will argue the Alexa v RED colour rendition deal until the end of time, but I think what RED has done with their new IPP2 colour science workflow is astounding and gives you far greater flexibility in post.

My preferred lenses really depend on the job, however, I’ve had a set of trusty Zeiss ZF lenses for the last 10 years and they’ve been excellent. So I guess they are my go-to glass. 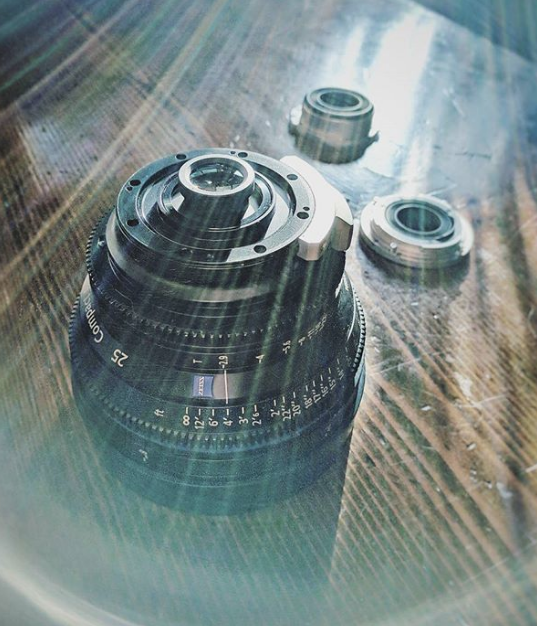 As with most creatives, I am currently juggling a number of projects. I am overseeing post on 2 documentary series that I directed and shot some of, developing a music video with a soon-to-be-known LA artist, gearing up for some commercial projects for an ad agency out of San Diego, and drafting my second personal feature film.

My advice to anyone interested in this industry is to just get in and do it, no matter what it takes. Jump in the water and eventually, you’ll learn how to swim. Even if you feel like you’re drowning, don’t give up.

I broke into this industry when a mentor of mine thought that it would be a good idea to have 19 year-old-me be hired to be the director of photography on a feature film that came into Florida from New York. That trial-by-fire led me to realize that I was capable of the things that I wanted to create, no matter how big and unattainable I imagined them to be. 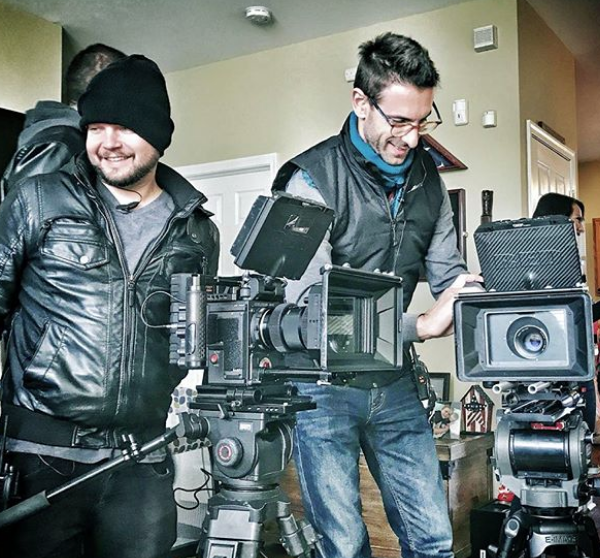