With hundreds of careers and opportunities, the filmmaking industry can be a unique experience for a Filmmaker. Filmtools decided to take a deeper look into the world of a Filmmaker. This week, we had the opportunity to speak to Filmmaker Evan Gering about his work. This is what he said: 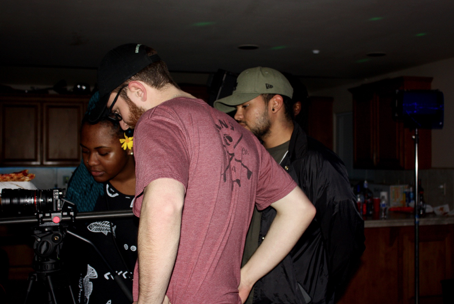 Evan Gering: My name is Evan Gering and I am from Southern California

Evan Gering: Director of Photography is my primary role.

Evan Gering: I really love the work that Emmanuel Lubezki is putting out. His work on Birdman and the Revenant especially caught my eye. There is such great meaning in the movement he achieves to further the storytelling.

Evan Gering: I am very proud of the work I have accomplished on the short films I have recently been the Director of Photography on. The work I’ve done on #ttyl and Black Uramaki presented me with a lot of challenges. I took those challenges and turned them into opportunities to learn and grow. I am excited for Revival, a film that I just shot and was the colorist for that will be released soon.

Evan Gering: POKE! I am currently living in the Monterey area and have access to some amazing, fresh seafood. 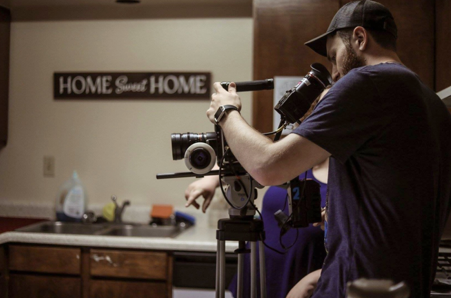 Evan Gering: I worked on a documentary about the artwork done for the 1984 Los Angeles Olympics called Painting the Olympics. This project was incredibly fascinating to learn about the rich history of the Olympics and the artwork that surrounds it. I had the chance to work creatively in nearly every aspect of the film as we were a small crew of three. This was completed during a one-week high school program at the Ronald Reagan Presidential Library

Evan Gering:  First off, show up early. Then, I go through my mental checklist. I make sure I have my gear, shooting information, and go through all the equipment that was rented to ensure it is entirely functional. I like to meet with the Director and Gaffer to run through any last minute changes. Always good to be in the know!

Evan Gering: When I was nine years old, I started working as a volunteer at Motion Picture & Television Fund (MPTF). My mother works at MPTF, a charitable organization that provides assistance and care to those in the motion picture and television industries. I was assisting residents until one day five years later, another department came looking for volunteers, the closed circuit television station on the campus. That’s when I discovered my passion for filmmaking. In my three years of volunteering there, I operated cameras, edited, worked with residents collaboratively and assisted in the many other facets of filmmaking to create content for the station. 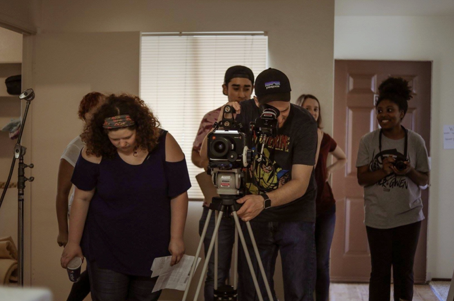 Evan Gering: Mindhunter was such an impressive series. David Lynch is one of my favorite directors. The movement of the camera and the color is quite remarkable in that series. I also got drawn into Luther, whose cinematography is bold. It is so different than most cop shows I have seen in the past.

Evan Gering: When I have the time, I usually binge watch. But that doesn’t happen too often, so I usually end up watching an episode every couple of days.

Evan Gering: A Steadicam and some cine prime lenses would be really beneficial. As a student, my funds are limited so I usually have to go for the budget equipment.

Evan Gering: Aside from my passion for filmmaking, I love taking photographs so owning a camera is a must for me. It is something I can go to even with a limited amount of time. I thought the Sony a6300 was the best camera for me in my price range because it shoots 4K and also takes high-quality photographs amongst other great features. Being an avid photographer is extremely advantageous to my composition and lighting. I learn a lot from just wandering around and snapping photos. Having a good knowledge of the settings that are capable of being manipulated is really helpful.

As far as professional cine gear, I think it is better to rent. Technology will forever be improving and there will always be something better on the market. As soon as you buy the camera, it loses some value. To me, I compare it to buying a new car vs buying used, once you drive the new car off the lot the value immediately goes down. Cameras are extremely expensive pieces of equipment. When I can afford it then, by all means, I’ll buy it. Having 24/7 access to a camera is really wonderful

Evan Gering: Lenses are utterly essential pieces of equipment. Lenses can make or break your footage, no matter what is in the frame. Renting lenses for whatever look I am going for will improve the overall image system, so it is a price worth paying. On the other hand, lenses are not really evolving too much at this point. It is nice to have your own lenses readily available to use if you own a camera. For my photography and for some filming, I use vintage SLR lenses and get adapters so they can be used on my a6300.

Evan Gering: I had the opportunity to shoot on the Canon C100 MKII for one production I worked on. This camera is fairly small, yet versatile. I really enjoyed using this camera and got great quality out of it on my shots.

I often use the Blackmagic cameras such as the 4K production camera and the pocket camera. These have a lot of capability for their relative sizes and prices.

Evan Gering:  Get involved in as many projects as you can handle. Experience and networking are crucial. Stay motivated. It can get tough; filmmaking is so demanding of your time. For me, I have so much drive and passion to create it rarely feels like work to me. I feel so blessed to be pursuing this career path. I would say if you really want to be in this industry, you must push yourself to get there.

Evan Gering: My website has my reel and other work!

Evan Gering: Check out my latest work @evanmg.productions on Instagram 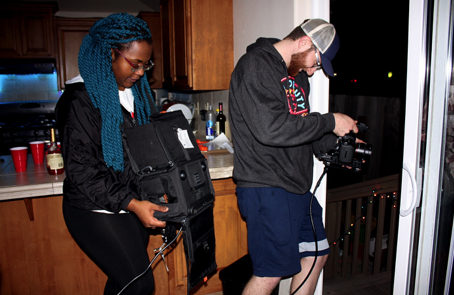