A Look Behind the Scenes with Filmmakers from Around the World

With hundreds of jobs and opportunities, breaking into the entertainment industry can be a unique experience for anyone who decides to try to make a career as a filmmaker. From pitching an idea, casting, shooting, editing and screening there are countless ways to be involved in the creative process. This week we had a chance to speak with Dylan Costa who fills many different roles including editor, director, and producer. This is what he said: 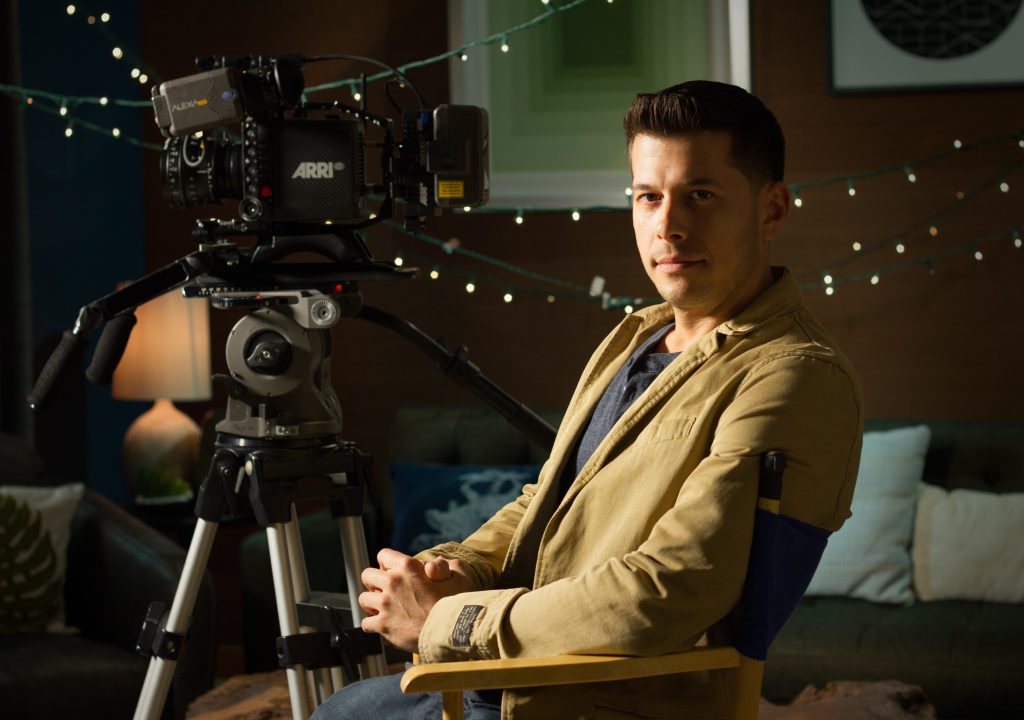 Dylan Costa: My name is Dylan Costa. I’m based in Los Angeles, but frequently travel for work. I’m originally from Tuscaloosa, Alabama.

DC: As a skilled editor (MPEG Local 700), I am often found in the cutting room. If not, I’m usually on set directing or producing. I’m currently looking for representation, so you might find me chatting with agents at the moment.

DC: Jon Favreau has always been a hero because he started with a small heartfelt indie feature, and project by project built an incredible career across a wide variety of films, all while maintaining a consistent level of artistry. As far as editing goes, there are powerhouse feature editors like Walter Murch who I strive to be like; but these days, editors like Skip MacDonald (Better Call Saul) who cut high caliber, more artistic material, are also inspiring me.

DC: I was a producer and editor on a feature film starring Hayley Duff and Michael Ironside, Desecrated, that got international distribution and can be found on major VOD and streaming platforms. I also have to mention the hilarious Showtime Network one-hour stand up comedy special that I directed, produced and edited, Tony Roberts: Motorcity Motormouth.

DC: Give me all the raw cashews, almonds, walnuts, and macadamias please. Sprinkle in some dried cranberries and it’s a party in your hand.

What is one thing you can’t live without when editing?

DC: Besides coffee, a custom keyboard settings file. I use a hybrid blend of my favorite Avid, Premiere and FCP7 keys I’ve mastered over the years, allowing me to focus on the footage instead of the interface.

What has been the coolest project to work on?

DC: Earlier in my career I had the opportunity to work at James Cameron’s LIghtstorm offices on Avatar. I was tasked with logging hundreds of hours of footage of “Jim” Cameron directing the film over the span of 6 years. It was all handheld footage of Jim making Avatar, documenting every aspect of his day to day from beginning to end. For me, it was essentially a 6 week masterclass with a paycheck. Nobody would doubt Cameron’s genius and effectiveness if they saw that footage.

DC: After grabbing a coffee, I check in with the AD and call a meeting with the keys to discuss the day. It
helps create a much more team-like approach. 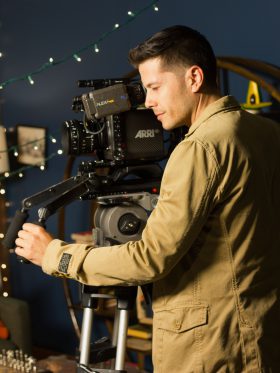 DC: I was fortunate enough to parlay an internship at Moviola Education in Hollywood into an editing, producing, and directing career. Craig Mazin said on a recent Scriptnotes podcast that it’s not really breaking in, it’s more like a strange progression.

What is your current TV obsession?

DC: Sadly, I have less free time these days and binge sessions are getting harder to come by. I do prefer one episode per week though, ruminating on the last episode while anticipating the next.

What film that you recently watched resonated with you?

DC: I love subtle, artistic fare, but Overlord was so much fun to see in Imax. I’m writing a horror feature that has a few abstract similarities and it validated my approach and proved I’m on the right track. 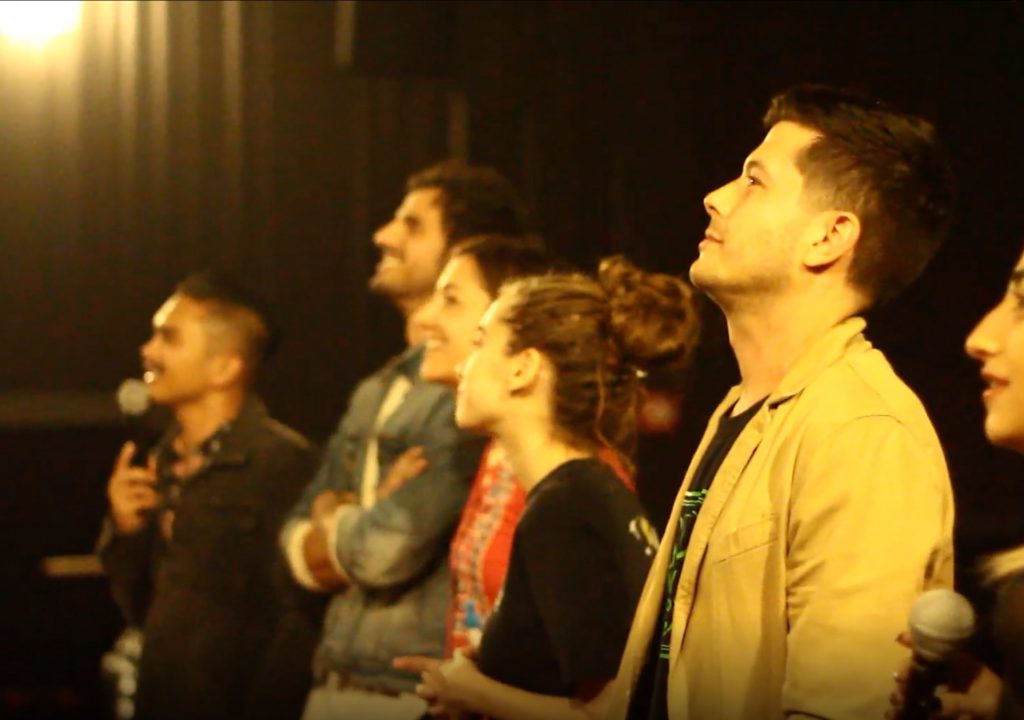 DC: The Sony Venice camera. I became fond of the Sony F55 while producing an upcoming reality series, and the Venice is the followup to the F55. While shooting the docu-reality scenes, we used a pair of F55s with Fujinon 19-90mm lenses. To film the shows intro, we went all out and rented a warehouse in downtown LA, bringing in a 30’ SuperTechno crane and dozens of lowriders! Check out a fun BTS video for that shoot here:

Camera – should you rent or own?

DC: It’s nice to have a decent camera at your disposal, but a high end cinema camera isn’t worth owning in my opinion. Unless you want to deal with the hassle of renting it out to people or letting a rental house take it off your hands – I’d say rent.

Lenses – should you rent or own?

DC: Lenses are a smarter long-term investment than a camera, but I still suggest renting. Who wouldn’t love to own a set of quality primes though?

DC: I use Arri cameras on most of my projects. The Alexa is my favorite mainly because of the natural skintones and how supportive the company has been throughout my career.

What is your preferred editing software?

DC: Avid Media Composer is my first love, but I do thoroughly enjoy editing on Adobe Premiere. If I’m
cutting a feature or documentary, I prefer Avid for it’s overall stability and brilliant ScriptSync feature. Adobe is amazing for short-form content, especially with it’s After Effects integration.

What advice do you have for someone starting out in the industry?

DC: Learn from the veterans and play well with others. You can have all the talent in the world but without soft-skills, people will be reluctant to rehire you. Also understand it’s a business, so don’t take the inevitable rejection personally.

DC: Please check out my award winning short film, Grand Scheme, on Amazon Prime. I’m really proud of it, as it’s my first writing and directing narrative venture (We premiered at Oscar Qualifying LA Shorts Fest and won Best Short Film at Long Beach Indie International Film Festival, so you know it’s good). This film kicks off my personal filmmaking journey, which I’ll follow up with more shorts and feature films already in the works.

I recently made a deal on four separate projects that will be released this year. I can’t talk about those yet, but you’ll find updates on my website and social media pages @e.dylancosta and www.dylancosta.com.

DC: Please feel free to reach out and connect. I’m actively seeking to expand my circle and would love to chat about working together.

What to be Featured on Filmmaker Friday?