Producing an independent film comes with a multitude of challenges. Unlike major motion pictures, an indie film often relies on a small team to secure funding, hire crew, cast talent, find locations and source the best possible equipment that fits into a budget that never seems to stretch far enough. These challenges are in addition the creative ones that come with filmmaking project of all sizes, which producers begin dealing with in pre-production and continue working on all the way through post. 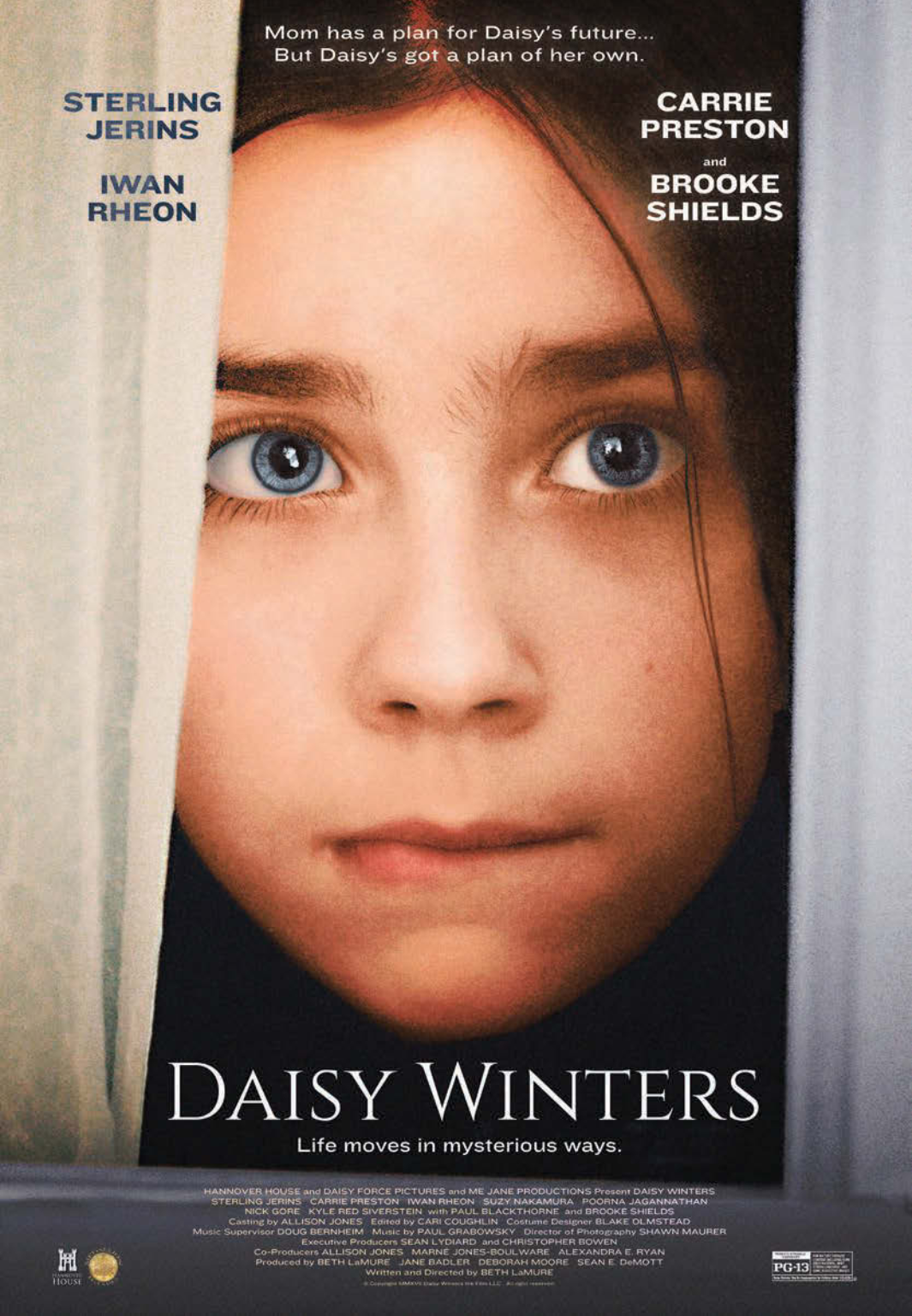 We recently had the chance to talk with Lunacy Productions Stu Pollard who produced RUST CREEK, a film following Sawyer (Hermione Corfield, “King Arthur”, “Pride and Prejudice and Zombies”) as she embarks on a harrowing journey through the backwoods of Kentucky. We talked with him about the challenges facing indie productions, both on set and in the editing room, but we also spoke with Stu about the development process, Lunacy’s mission to break down the gender barriers in the entertainment industry and much more.

FILMTOOLS: What can you tell us about the genesis of Rust Creek? When and how did the concept and production come together?

STU POLLARD: The initial idea is based on something that happened to me when I was the same age as our protagonist Sawyer. I jumped in a car and didn’t tell anyone where I was going and within two hours I was stuck in blinding snow storm in the middle of nowhere. That moment – when a young person goes from cocky and invulnerable to suddenly contemplating their own mortality – is a right of passage just about every young person goes though. And it was that feeling that I pitched to our writer Julie Lipson back in 2010 as the basis for what would become RUST CREEK. Flash forward to the summer of 2016 when we met director Jen McGowan. Once Jen came aboard, we greenlit the picture and started shooting right after Thanksgiving.

Filmtools: The development and shooting process took almost 9 years, so what can you tell us about both the benefits and challenges of that kind of timetable?

SP: The biggest benefit is more time to get the script right. While nine years is extreme – and largely a byproduct of our company (Lunacy) not being fully capitalized until 2015 – the more time you have to develop material, generally speaking, the better it’s going to be. It was only Julie and I the first few years, then Harris McCabe took a shine to the script while working for me a few years later (he would later become Lunacy’s Head of Development).

The biggest challenge is usually keeping a story relevant over that long a stretch, but in the case of RUST CREEK, it actually feels much more meaningful in 2019 than it might have been just a few years ago. Just about all the press we’ve received has zeroed in on the fact that we need more movies like this one right now.

Filmtools: Tell us about the majority female crew that worked on this project. Is that something that just happened?

SP: Part of Lunacy’s mission is support diversity in storytelling, and that includes female filmmakers. We hired Julie to write the script and Jen to direct the film. Once Jen was on board we became even more focused on hiring a diverse crew (Jen runs a female networking organization called Glass Elevator) and that led to more than half of our department heads being female. We were awarded a Women in Film finishing fund grant and are hopeful we will qualify for a ReFrame Stamp as a gender-balanced project.

Filmtools: After getting the greenlight to start production, what were some of the immediate challenges the production faced as you ramped up your pre-production?

SP: The local crew in Kentucky is great, but it’s not very deep. At least it wasn’t in the fall of 2016. So while we ended up getting the first team in some departments (notably G&E and transpo), other departments were tied up on other films and we either had to bring folks in from LA or train locals very quickly. A direct hurdle that resulted from that was locations – the best location scouts and managers were busy with other films and so even though many of us knew Kentucky well, we struggled to find all the different roads and woods we needed in the most efficient manner.

Filmtools: Were the biggest challenges you faced related to weather and shooting outdoors? What does it mean to work through the kinds of issues that you literally have no control over?

SP: Yes. We shot almost all day exteriors, which is challenging to begin with in the wintertime just because your days are naturally shorter. But the weather was abnormally brutal too (on multiple days we woke up to temperatures below 10 degrees) and that wreaks havoc on everything from your equipment to batteries to crew morale. Our team powered through it, going through several bushels of hand warmers (we even taped them to our batteries to extend their usefulness). There is only so much you can do to fight mother nature, and we, of course, always put safety first when it came to cast and crew. Ultimately, we had to push some of our critical sequences to 2017 as it simply wasn’t going to be feasible to finish on time. But these harsh conditions benefitted RUST CREEK in the long run. That frost on the windshield of the car? Real. All the actor’s breath? Real. The icicles on the cliffs? You get the idea. All those add to the authenticity of the environment and the overall cinematic experience. And when we returned in 2017 to finish the film, we had cut everything we had already shot, and storyboarded what remained, so we were exceptionally prepared for the additional photography days.

Filmtools: Tell us about your workflow and editing process. Were they similar to the processes you’ve been part of on other projects?

SP: At the end of each day, our DIT (Nelson Mustain) overnighted SSD EV series drives (we nicknamed them “shuttle” drives) with the day’s footage from Kentucky to Los Angeles, where the assistant editor (Dan LeVine) would transcode, log, and organize it, and hand off to the editor (David Hopper). By doing so, we were able to begin editing while we were still shooting, which saved us a lot of time in the long run. When Jen returned to LA from shooting in Kentucky, the post production team already had scenes ready for her to review.

Nelson also was backing up the entire show in Kentucky to a 48TB G-DRIVE for safekeeping.

This was our first 4K project, but the above-mentioned workflow is very similar to one we used on our projects shooting 35mm back in the day, when we overnighted negatives to the lab for processing the next day. On RUST CREEK, while we explored a workflow that could utilize a form of online transfer to get the footage to LA quicker, the combination of our remote locations and budget constraints made shipping drives more cost effective and reliable.

Filmtools: Knowing what you know now about your workflow, is there anything you would have changed about it?

SP: If we had deeper pockets, maybe. But as mentioned above, the remote nature of our location meant that the nearest high-speed internet connection was usually at least an hour away. Shooting 4K meant the transcoding process to a mezzanine format was time-consuming. Our budget simply wouldn’t allow for some of the fancier things that might have allowed us to clear the above hurdles. We did have some days where our DIT was able to do the transcoding locally and have dailies for the director see that night, but while that was the goal that wasn’t always achievable. Overall, our workflow was about as efficient as possible for a film whose production and post took place in two different time zones.

Filmtools: Are there any scenes that you feel were really made in the editing room?

SP: Two scenes come to mind. The opening confrontation between Sawyer and Hollister and later the standoff between Lowell, Hollister and Buck outside the trailer. In the opening confrontation scene, Jen directed the fight to feel “messy” (her word). She wanted Sawyer to be relatable in that situation, not an action hero. This was further finessed in the editing, where we walked that same fine line to portray a real world woman who knew how to handle herself when pushed.

The other scene, between the brothers and Lowell, is great example of creating tension through editing. While Lowell stonewalls the very skeptical brothers outside, Sawyer races against the time he is buying her to try and save her own skin. Though she’s listening/participating in the scene, there’s still an element of cross-cutting involved because there’s two parallel sets of action taking place that ultimately culminate in the same location. The pacing of this scene enhances the performances and ratchets up the tension.

Filmtools: What technical or creative aspect of Rust Creek are you hoping to further push or explore in your next project?

SP: Despite the challenges, we love shooting in Kentucky and so we hope to make another film there soon. And shooting 4K has proven prescient so we’ll continue to embrace aspects of production that help future-proof our work. But unlike many production companies who specialize in a single genre, our projects in development are varied in subject matter; we have a humorous 80’s-style mystery, a gritty road trip thriller, a supernatural dark comedy, and many others. What these have in common with RUST CREEK is their strong and unique characters. The seven characters in RUST CREEK each have a humanity and depth to them – from the leads down to the more minor roles. While this is also a testament to great acting and directing, it is first and foremost a product of the scripts we choose to produce. We are looking forward to telling more stories populated with authentic characters everyone can relate to.

Filmtools: Is there something specific that fellow creative professionals should look for or take away from Rust Creek?

SP: Perseverance. All films face obstacles. But this one was particularly challenging. It wasn’t just the weather. It was a lot of people being far away from home during the holidays. It was dealing with a schedule that was constantly in flux. It was wrapping principal photography knowing we had a LOT left to shoot. This required all of us to have a lot of faith and trust in one another. And that’s not always easy to come by in this business. We had a great crew, from Jen at the top to our stellar PA’s in Kentucky to everyone in between. Part of being a creative professional means trusting your vision and trusting your team to help you execute it. We were blessed not only to have assembled such a tremendous group of talented individuals, but also that everyone stuck together and never lost faith even under the most trying of circumstances.