A Look Behind the Scenes with Filmmakers from Around the World

With hundreds of jobs and opportunities, breaking into the entertainment industry can be a unique experience for anyone who decides to try to make a career as a filmmaker. From pitching an idea, casting, shooting, editing and screening there are countless ways to be involved in the creative process.

This week we spoke with Robin Humbert who is a producer, writer, and director. A member of the Producer’s Guild of America and Emmy Academy, Robin has produced a long list of national airing reality television series’, many trailers and promos while producing at Trailer Park, three scripted short films, and is currently working on a documentary. Her recent efforts include writing and directing, with her directorial debut for the short film Fertile Myrtle that she also produced. Here is what she said: 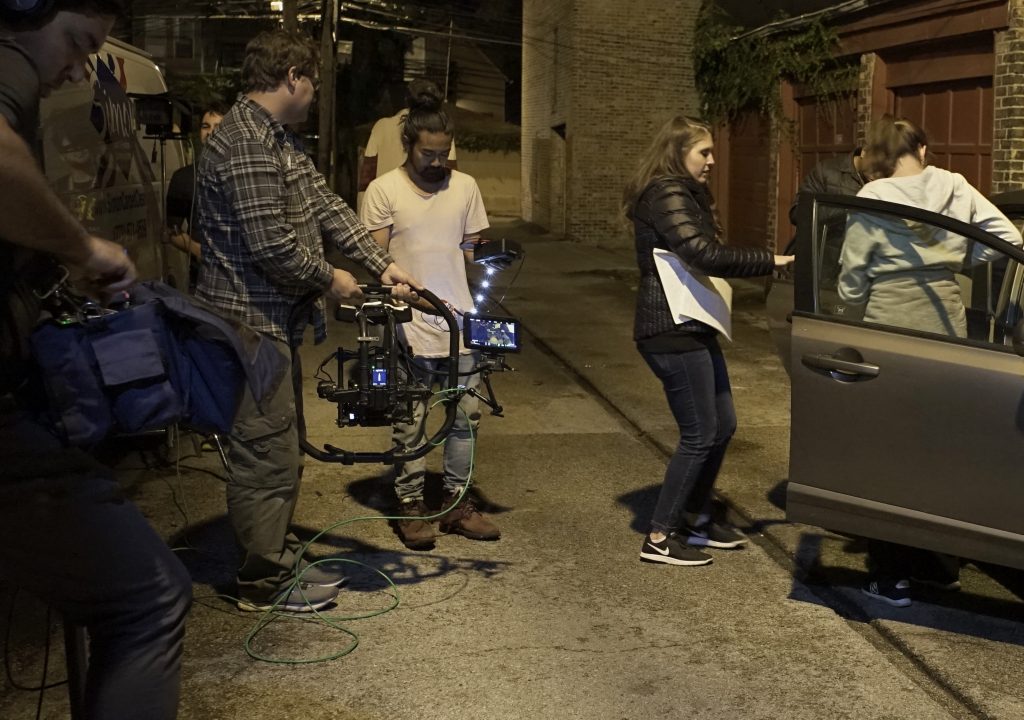 Robin Humbert: My name is Robin Humbert, and I was born and raised in the Chicago area, and I have been living here in Los Angeles for the past 13 years.

RH: On set, I am always a producer; but, whether I’m leading from a logistics or creative standpoint depends on the project.  Being able to produce one side helps in producing the other, and because I can do both it allows me to make decisions by considering all sides of production and the team as a whole.

RH: While in college, I did an off-campus program in Chicago where I had an internship at the local PBS affiliate WTTW (which happens to be the second largest affiliate in the country). After I finished the program, I began volunteering for a different show there. After I graduated, they hired me to work on that show and gave me my first paying gig.

RH: As a writer, producer, and director myself, I would say Jordan Peele is at the top of his game. I know that he acts too, but I’m talking about his very talented writing/producing/directing work. I am especially inspired by him, because he is someone who made the jump from TV to feature film and writes, directs, and produces – something that I aspire to do too.

What has been the coolest project to work on?

RH: The very first job (through the PBS affiliate) was a nationally televised concert series called Soundstage, so I literally got to work with rock stars like Robert Plant, Fleetwood Mac, and many others. That experience made me realize the opportunities production provided, how cool production can be, and how I had to pursue production as a career.

RH: I have worked on some very well-known TV shows: Dancing with The Stars, The Bachelor, Vanderpump Rules, MythBusters, Bridezillas, etc. My roles on those shows vary though from production coordinating to varying levels of producing.

RH: I am usually the first person on location, so I either  meet the contact to let us in, do a walk through, or say hi to production assistants who are there early. 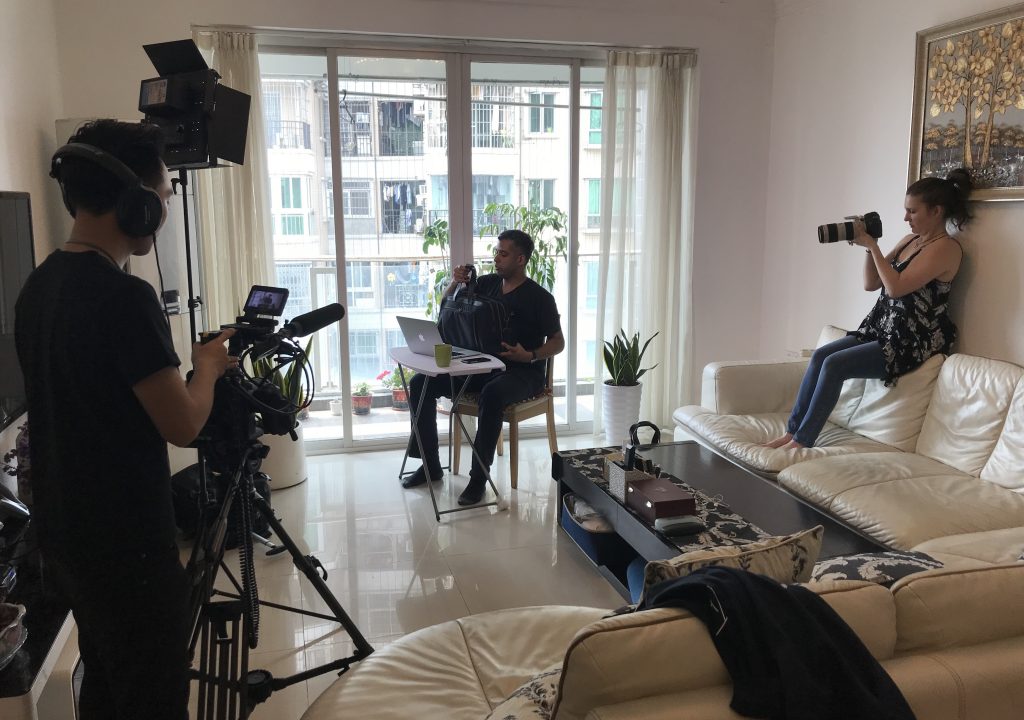 RH: If I’m working in reality TV, our craft service is often different then union or scripted projects (and by different, I mean it’s sometimes non-existent or a variety bag of potato chips). I like to bring Ensure nutritional drinks and almost always have one on-hand. They don’t require refrigeration, they fill you up, supposedly have vitamins, have lids for easy use and travel, and the chocolate flavor tastes like pudding.

What is your current TV obsession?

RH: I have been loving Schitt’s Creek on Netflix. It is so bingeable, funny, and the familial aspect of it is very heartwarming, feel-good entertainment.

RH: I don’t always have time to watch TV when I’m working on the road or in the field, so when I’m off I almost have to binge to be able to catch up on shows!

What film that you recently watched resonated with you?

RH: When I watch films, I try to look at it from the director’s perspective: why did they choose specific shots, looks, etc. A lot of films look good, have good stories to tell, but their shot choices are pretty generic. Blackkklansman resonated with me for many reasons. Not only is it politically poignant in today’s climate, but the direction was unique, creative, and I thought one of the best directed films this past year.

What piece of gear do you always have when you’re on set?

RH: As a producer, I try not to mess around with gear and leave that to the camera department. For that reason, my go to piece of gear is a Fanny-pack. I need to have  my walkie, call sheets, notebooks, etc. on me and ready to access at any time, but I also like being comfortable and flexible in yoga pants or leggings which unfortunately don’t have pockets or belt loops. 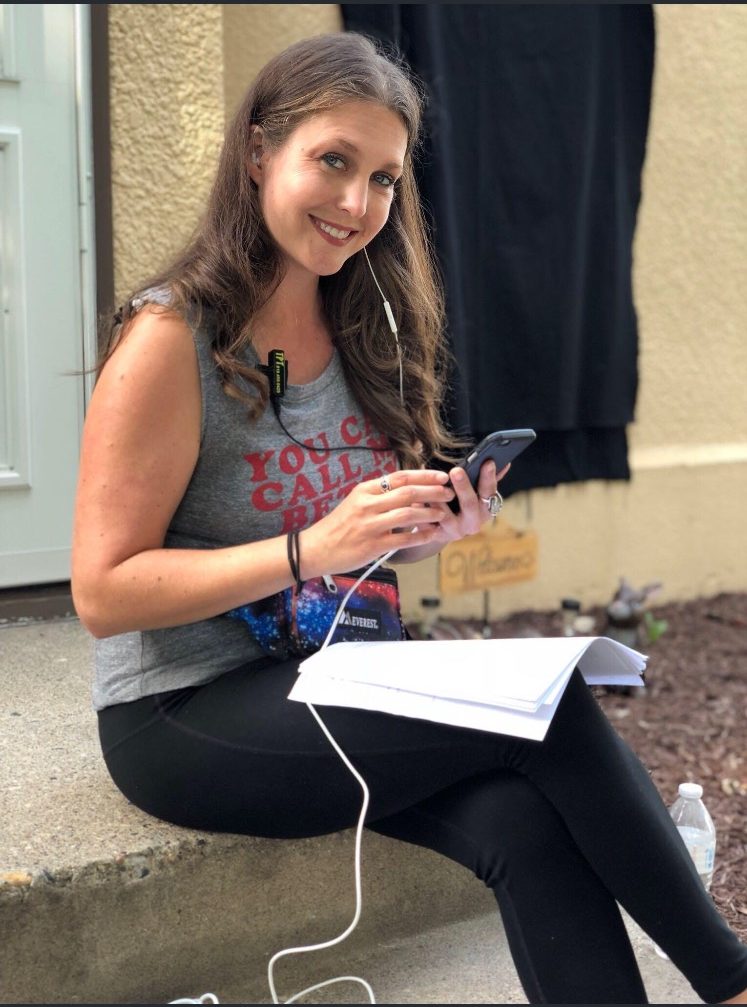 Is there a piece of gear you’ve had your eye on for awhile that you think will make your life easier?

RH: I would love a MoviPro (Movi) to use on any of my independently funded productions, or reality shoots. It is cost effective and gives the look of a Steadicam. It helps even reality TV look cinematic and polished (as long as it’s not overdone and used accordingly).

What has been the biggest challenge in your career?

RH: Reality television is still a relatively new medium. Cinema/film started a hundred years earlier, and scripted television has a fifty-sixty year head-start on reality. Unfortunately, the majority of reality productions are not union. Even when they are, there’s not a union for producer’s the way Directors, Camera ops, Editors, and others have in motion picture or scripted.

The Producer’s Guild of America is a fantastic resource (that I’m happy to be a part of), but there are no set rates to abide by, overtime, meal penalties, insurance, or other protections for producers that most unions provide. This is because producers are considered management positions, and the same rules with other crew do not apply; however, reality producers are often doing the tasks of many union considered jobs: directing (otherwise known as field producing), editing (otherwise known as story producing), and writing (also considered story producing). Because of this, I have found myself in dangerous and sometimes questionable working conditions- although any shoot that I am Executive Producing, I follow union guidelines (but I am not always that lucky to be working for others who do).

Additionally, new media, digital, streaming are almost all uncharted territory and a little bit of the wild west. The excitement of the unknown is something that I love about my job, however it can also be one of the largest challenges. 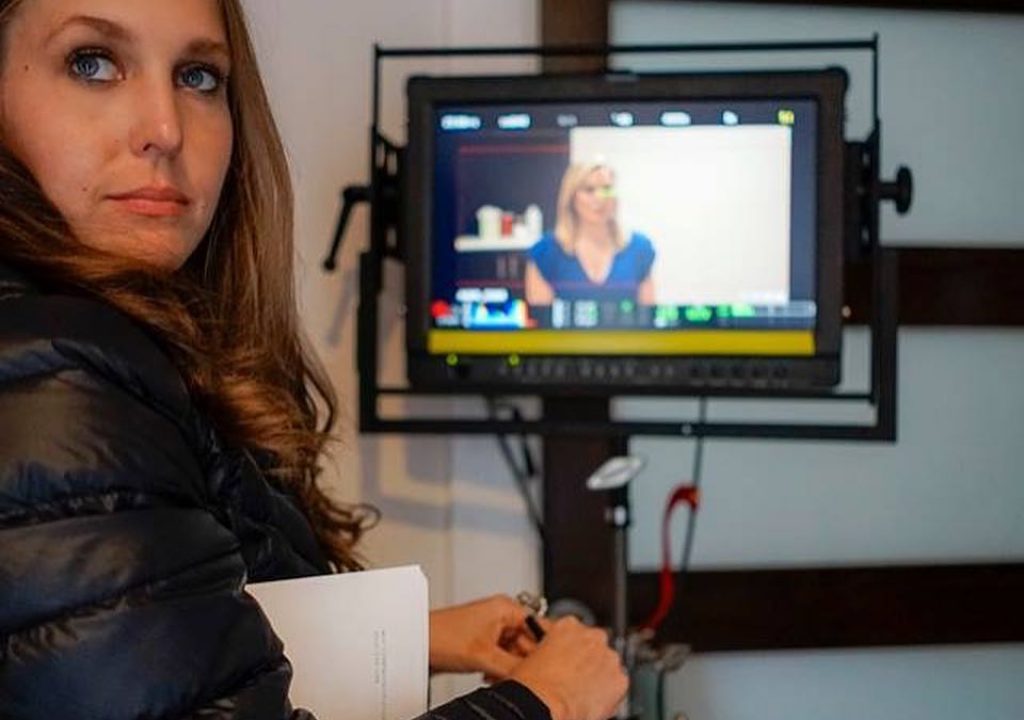 What advice do you have for someone starting out in the industry?

RH: Whether you want to work in reality television, scripted features, documentaries, or commercial: don’t give up and start as a production assistant. As a PA you can see all different aspects of production, and gauge which direction you want to follow. As you work your way up, you learn the reason rules and processes are in place- so you understand why things are done a certain way.  The best people at the top, know what the people at the bottom should be doing and can make the best, informed decisions for the entire production.  So if you want to be the best, don’t skip steps, learn everything, and only then should you start managing and directing. It’s also easier to jump from one genre to another as a PA than as an Executive who has spent 20 years really honing a specific medium, so try out as many different productions as possible.

Where do you hope your career takes you in 5 years? 10 years?

RH: Because of the changing media landscape and yet to be discovered opportunities, it would be hard to say where I might want my career to take me. Being able to currently produce newer mediums like reality television and digital content, I would like to explore future opportunities that technology brings. I would also like to be able to be more choosey with the projects that I work on, and only work on things that I am excited about, instead of ones that solely pay my bills.

RH: Fertile Myrtle, my short film that I wrote, directed, and produced is currently being submitted into film festivals. Hopefully, that will get accepted and people can screen it at some festivals this upcoming year.

Bridezillas, a reality show that I field and post/story produced on, will begin airing Fridays on WETV starting March 15th.

Grit, a short film that I Associate Produced on will be screening at the Newport Beach Film Fest in April 2019.

Grand Scheme, a short film that I Co-Produced on is viewable on Amazon Prime.

Thank you Robin for talking with us!

What to be Featured on Filmmaker Friday?