If you want to try using film, but are afraid to go ahead with the idea, one eBook might give you a jumpstart. It’s a 210 page guide called… FILM! 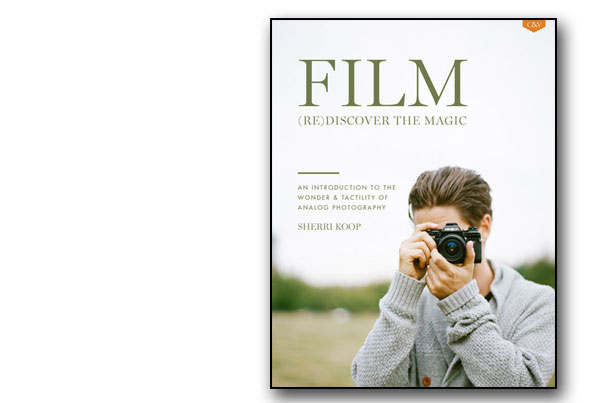 Recently launched on Craft & Vision’s collection of eBooks, FILM – Re(Discover the Magic is the work of author and film photographer Sherry Koop. It’s a path to discover the magic of emulsions and probably a way to make you a better photographer.

Film as we know it should be dead by now, if initial predictions became reality. But as with many other materials, like vinyl in these days of digital music files, film is still around. There may be less choice, but the adventure of film is still open to many, even if only to understand the nature of the emulsions and what film shooters talk about when they mention the wonder and tactility of analogue photography.

FILM, the eBook, reflects on the experience of Sherry Koop. The author and film photographer fought hard against frustrations at going digital in her wedding and portraiture business and in the end,  stuck with the medium she knows and loves: film. She knows it like she knows an old friend—intimately, and with respect for the characteristics found in both its strengths and weaknesses. Sherri believes that every photographer would benefit by using a 35mm film camera and one lens, because learning to shoot film makes for a stronger photographer (even if digital is your primary medium). And she is probably right, let me add.

Being a photographer that used film from early 1970’s until 2000, I still have more time using emulsions, from black & white to negative and slide, then digital sensors, so I fully understand where Sherri stands. And while I do not miss many aspects of film, I am not the one to say it should go. It’s great we still have the option to choose the medium we work with. Because, in the end, it’s the message you want to share with others that matters. 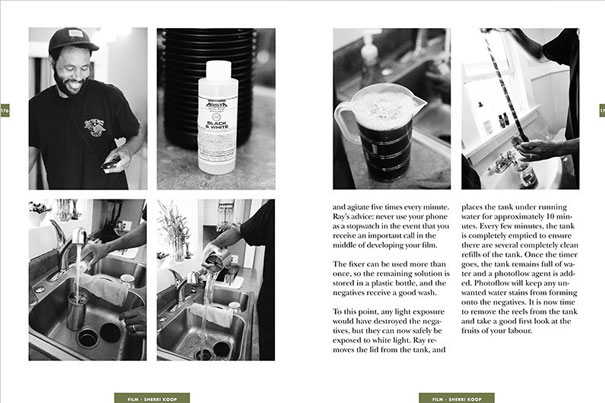 FILM, the eBook, provides guidance and instruction for just about every aspect of this medium to remove any new-found intimidation over the original format of photography.

Many film shooters will tell you that there’s a quality to film that just can’t be replicated by digital processing. Others will not be so sure about it (Fujifilm emulates their films in their digital sensors), but let’s leave the discussion there, as it is the least important aspect of the whole story. What’s important is that you give it a try yourself. Who knows, you might even decide that you’ll embrace film as a regular workflow medium or as a vintage experience to try here and there along your photographic path. Whichever direction you choose, you’ll surely learn something new.

So if you’re curious about how film may improve—or enhance—your photography, but have no idea where to begin, FILM is for you. Sherri clearly and concisely discusses film, cameras, exposure, workflow, developing (and the importance of choosing a lab). Respect from industry peers is included in a rare interview with the owner and manager of Richard Photo Lab in Los Angeles, a day in the life of B&W film photographer Ray Barbee, and the foreword by Lori Miles, whose work is featured in Martha Stewart Weddings, Grace Ormonde, and WedLuxe magazines.

The Untold Story of Everything Digital: Bright Boys, Revisited celebrates the 70th anniversary (1949-2019) of the world “going digital”...