Just a quick tour of some of the new stuff I like after playing with 12.5 a bit, including some of how to use them or find them in the interface… a bit of tutorial mixed with a review of features. 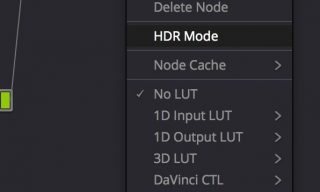 HDR is all the rage at NAB this year – and for about the past year – so it’s no surprise that Resolve 12.5 would address the issue with this release. Color corrections can now work in extended dynamic range including transforms. 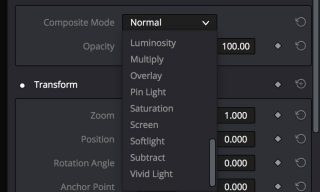 I’m really happy with the new layering composite modes. Whether in the editing mode, (using them to composite effects) or in the color mode, (allowing for truly new and powerful color correction ideas to be executed more easily) it’s a welcome addition. It also makes me even madder that Avid still does not have built in composite modes. 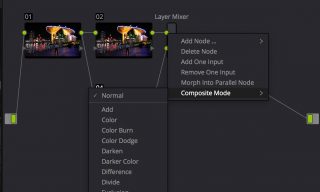 In editing “mode,” adding these composite modes is very easy. Select a clip in the timeline and go into Inspector (command-9). In the Inspector there’s a Composite mode with a pulldown of dozens of standard choices.

In Color “mode,” add a Layer Mixer node and there is a pulldown for Composite modes available. Great power for compositing when used with node-based color correction. This is something I’m going to have to really explore, but I know it should be relatively transformative with a little creative thought applied. 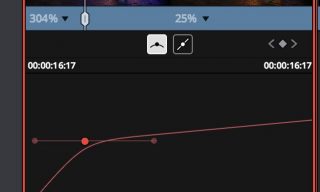 Re-timing shots is pretty standard and being able to ramp speed changes is pretty standard, so it’s pretty cool that when you re-time a clip, you are given the options to maintain the same duration of the clip in the sequence, overwrite the next clip or clips in the sequence or ripple the timeline. In other editing apps this is a pain in the butt and I think is nicely and elegantly handled here.

Sticking with the retiming theme, another nice change is the “beziered” curves of ramped time changes. 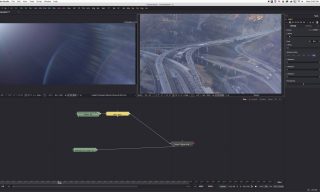 Similarly to Apple and Adobe, who have both developed important bridges between their apps for seamless sharing, Resolve 12.5 also allows easy sharing between Resolve and their compositing and VFX software, Fusion. BlackMagic Design acquired Fusion and reintroduced it under the BMD banner about 18 months ago (November 2014). This interoperability makes great sense, and as with Adobe interoperability, makes each product stronger and improves the entire eco-system of products. 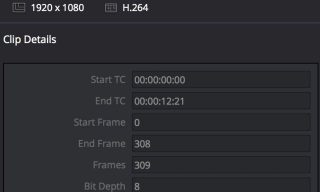 To improve the functionality of the editing side of Resolve 12.5, improvements have been made to handing metadata, making it faster to access, edit and enter metadata. These metadata improvements extend into bins. Bin organization and custom columns have always been a strong point for Avid. For an editor, being able to organize and locate clips is critical. Resolve 12.5 goes a long way to catch up in this regard with the ability to access the metadata within the bins. 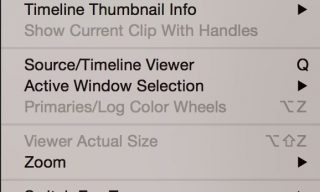 For those working on ad campaigns or on TV shows where multiple projects need to be able to share resources – yet remain as separate projects – Resolve 12.5 introduces Power Bins. Power Bins are accessible across projects, which is a great idea. (Hint, Hint Avid.)

One of the big PIA moments in ANY NLE is media that mysteriously – or not-so-mysteriously – goes off-line or “unlinks.” I’ve worked in virtually every NLE and it happens to the best of them. Resolve 12.5 claims to have smarter relinking of off-line clips. Anybody who’s had this happen to them – and who hasn’t? – can applaud this effort. 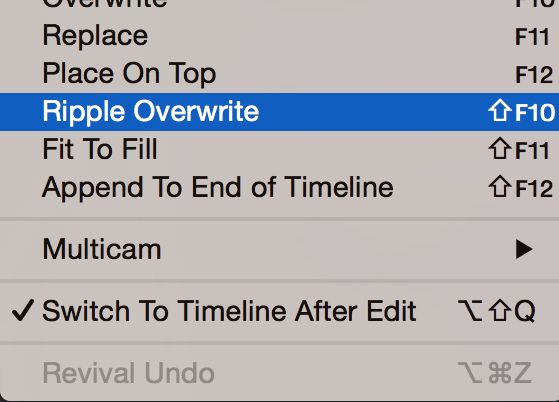 For something fairly mind-blowing, Resolve has added a four point edit. Let’s say you want to replace a one second clip in the timeline with a two second source clip. Resolve presents the paradoxically named “Ripple Overwrite” editing option, which overwrites the original one second clip and then ripples the timeline for the additional second of source material. I remember as a linear editor when Avid was introduced having a similar reaction to trimming in an NLE: “What do you mean the rest of the sequence just moves down or back?” 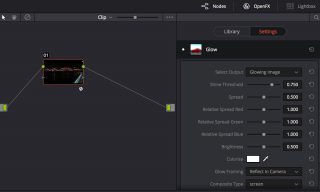 Resolve has been able to use effects internally for a while using third party plugins, but with this release they’ve added Resolve FX. These are filters that are built in and – conveniently – are trackable. 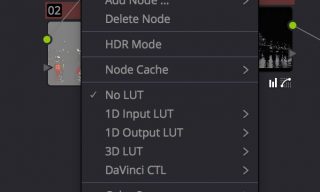 Having built some pretty complex node trees in the color correction node tree window – sometimes on a laptop – I really appreciate some of the changes in the way nodes can now be more intuitively copied, edited, pasted and even collapsed. Collapsed nodes is a great idea for cleaning up some very funky and hard-to-follow nodes. I really appreciate this ability. 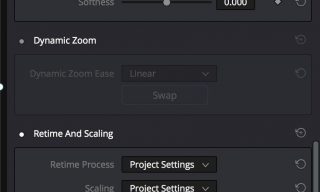 Anyone who has ever had to deal with omnipresent GoPro cameras will appreciate the new lens distortion correction capabilities. Resolve 12.5 can analyze a picture and correct multiple types of lens distortion including pincushioning and barrel distortions typically caused by wide angle lenses. These corrections can be tweaked with sliders. To get to this, you need to go into the Transform tool under the sequence monitor and then open the Inspector (above the sequence monitor) to get to a pulldown of transforms. At the bottom of the list (you’ll have to pull down a ways), is the Lens Correction transform where you can analyze the image and fix it. 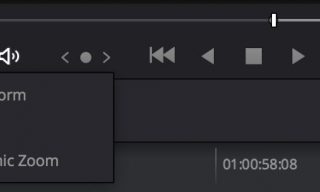 The new Curve editor is also very cool and is available right within the timeline, allowing you to move and adjust keyframes very intuitively. 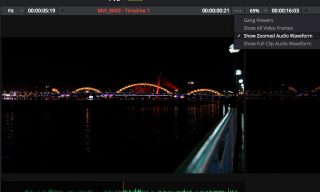 A very simple addition that I really like is the new concept in 12.5 of overlaying audio waveforms right on the source monitor over the footage. This is a great use of space and allows you to keep your eye in one place and easily find important moments in a scene faster by looking for long pauses in the audio or the start of an audio waveform “moment.” It’s a little thing that just makes me happy. To access this, use the Options menu above the Source window and pull down to one of the audio waveform choices. 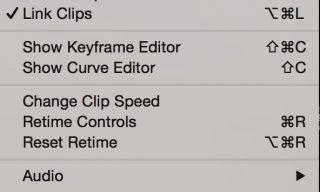 One thing that is new and – I guess – a good thing is that the new editing tools have all been rearranged. If I had more muscle memory built up in Resolve, I would probably be unhappy about this, but the re-arranging is all logical and is definitely an improvement from the previous versions. Avid just did this exact same kind of re-arranging of menus in their last release and it caused a lot of grumbling and many veteran Avid editors had to relearn a lot of standard stuff. I suspect there will be some of that grumbling for Resolve editors, but in the long run, it’s a good choice. There are a lot of new editing tools and concepts in this release, and anyone who has been editing in Resolve really needs to take some time to explore the benefits of these new tools or you may be using slower, older methods and workarounds that now have much faster alternatives. Make a resolution to check out the new possibilities and give yourself some time to get these new buttons “under your fingers” (as musicians might say) and to wrap your head around some pretty revolutionary concepts. With this release, Resolve is really stepping up their editing game and Avid and Premiere editors should really take a look. 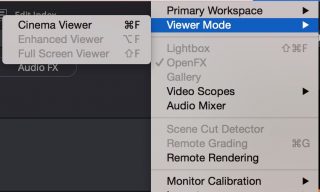 Resolve finally adds “Cinema Viewer.” This is simply “full screen mode” on other NLEs and is great if you’re on a laptop. Not much to see here if you’re an Avid or Premiere editor other than to say, “about time.”

Titling in Resolve 12.5 has been improved. Since Resolve is typically a finishing tool, this is a necessary improvement.

Least sexy, but critically important, are changes and improvements to the Deliver page. Lots of nice new “publishing” presets and interoperability improvements when working with other NLEs, like Avid, Premiere and FCP-X. There are great improvements to audio output allowing direct output of audio tracks instead of just stereo.

Resolve users tend to be pretty color savvy. It did, after all, have its beginnings as basically the gold-standard color grading tool before BMD turned it into a hybrid editor. But for those who are intimidated by the incredibly deep selection of color correction tools, 12.5 offers some new sliders that are very “Lightroom” in nature – temperature and tint. Basically it’s just an intuitive way to do the same stuff that can be done in any of the other color tools. The temperature control basically moves stuff from warm to cool (yellow to blue) and the tint control moves in the opposite axis from magenta to green. 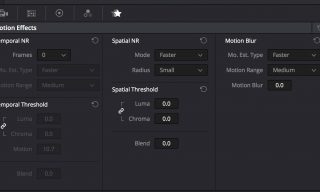 That’s it for now. More as I explore and discover.