When most people learn about LED colour issues, they’re introduced to the idea of colour rendering index, which is enticingly simple: bigger numbers are better.

Everyone knows there are colour quality issues with at least some LEDs, and everyone wants a nice easy number that we can all use to figure out which one is best without having to spend too much time worrying about it. A purist will tell you that’s it’s impossible to express all the possible problems a white light might have in a single number, and as so often the purist is right. Even so, there are better solutions than the one we’re mainly using right now.

It’s a circular problem. When most people learn about LED colour issues, they’re introduced to the idea of colour rendering index, which is enticingly simple: bigger numbers are better. It’s easy for manufacturers to put that number on a specification. It’s also easy for the customer to understand. Neither maker nor user feels much pressure to change – other than that slightly guilty feeling that there’s slightly more to it than that.

CRI was originally assessed by aiming the light at some test patches of various colours, although modern tests measure the spectrum of the light and work out the results mathematically. The theory is that if we take a hypothetical light made up only of red, green and blue LEDs, it might well look white when we aim it at a grey card. Aim it at an orange and that orange might look very strange, because there’s actually no orange light there. There’s just bright red, bright green, and bright blue. We can’t tell the difference until we aim it at a saturated colour. 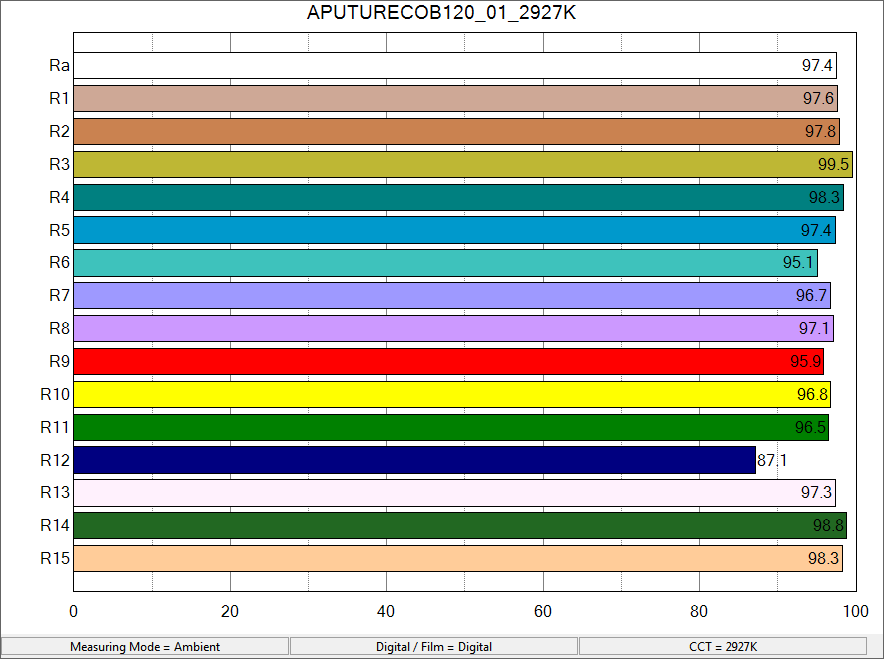 That’s why we don’t make white LEDs that way, but the issue with CRI is that it generally uses only eight test colours, and most of them are pale tints which reflect more or less all the light that’s thrown at them regardless what colours are in it. They’re selected using a system designed by Albert Henry Munsell who quite literally wrote the book on colour theory in the early 20th century at a time when it was a rather neglected subject. His system uses a hue wheel that will be familiar to anyone who’s seen a circular colour picker in Photoshop, which makes it easy to pick colours evenly spaced across the range of human vision.

That original, 1960s CRI system is often notated CRI Ra. The subscript indicates an average of the eight test colours R1 through R8, which has an unfortunate tendency to average out problems even further. Sometimes, specs will refer to other colours too. R9 is a saturated red which helps describe how a light might look on human skin, which looks the way it does because of the colour of the underlying blood. Red is difficult for LED lights, which convert the blue light of the LED emitter to white using a glowing phosphor, so all of the red light must be emitted by the phosphor. Early LEDs, which sometimes don’t do this well, could make people look like a member of the Addams Family. The R12 test patch is a deep blue, often deeper than the blue of a blue LED, and is also sometimes poorly-lit by modern lights. 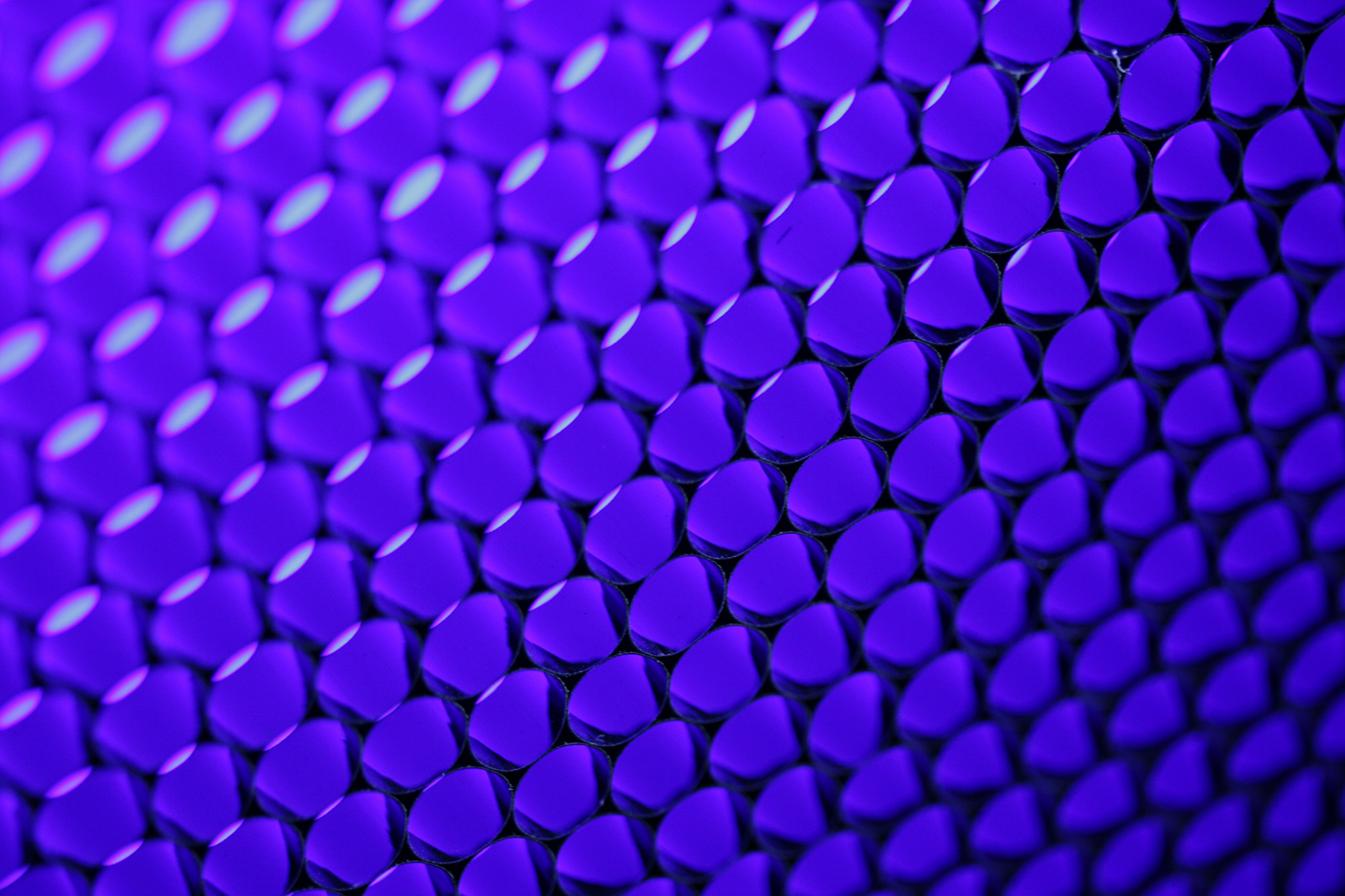 Those saturated colours, though, are excluded from the Ra calculations, possibly because the people who made the decisions didn’t anticipate modern lighting tech with really complicated colour behaviour. A committee was put together in 1991 to create something better, and developed the improved CRI R96a system which uses a larger number of more saturated colours. Worryingly, the group broke up without overall agreement in 1999 amid rumours that the manufacturers involved would not allow the scientists to create a sensitive system that risked making products look bad.

Alternatives? Several, which all do subtly different things. Arguably the handiest is TLCI, developed in the early 2010s by ex-BBC researcher Alan Roberts. TLCI math simulates a camera as opposed to an eye, and since the acronym stands for “television lighting consistency index” the camera it simulates is a broadcast camera. The idea of broadcast camera colorimetry tends to bring DPs out in hives, but TLCI uses the colour patches from a Macbeth chart, more properly called an X-Rite ColorChecker. That’s much more demanding than the Ra test set. TLCI numbers over 75 represent a usable light, although the world is habituated to high CRI numbers and many manufacturers quote TLCIs over the 90s. It’s difficult (though not impossible) for a light to have a 90 TLCI and somehow still have serious colour quality issues.

There are other things we could talk about. For a start, CRI and TLCI try to tell us if there are problems, but they tell us nothing about the nature of the problem. TM-30 uses 99 test colours for an even more accurate assessment, but crucially it defines a tidy circular chart to express where any problems lie. The Academy’s Spectral Similarity Index allows us to compare two lights to see how well they’ll match. Regardless, the film and TV industry needs to kick the CRI habit, no matter what it’s replaced with. Some manufacturers are further along in this process than others, but if we really must have a score for lights we should at least have a good one, and understand that a simple number can’t tell the whole story.