Running until January 28, the Virtual Production Week is a free five-day community event that happens online. Check the program’s presentations and panels of this event organized by Epic Games.

Originally used by only the most technically-advanced studios, virtual production has now become ubiquitous. Epic Games’ “Virtual Production Week” reflects on the changes, and it’s now!

Around the globe in film and television studios of all sizes, Virtual Production is revolutionizing pipelines from previs to final pixels. So Epic Games, the company behind Unreal Engine invites everyone to join them this week, “as we celebrate its success with some of the industry’s leading lights.” With new content posted everyday, there is a reason to keep visiting the online event, for your daily dose of inspiration!

Yesterday was dedicated to action design in Unreal. Guy and Harrison Norris, co-founders of PROXi, showed how they are using cutting-edge virtual production techniques on films like The Suicide Squad for action design and techvis—faciliating a collaborative sandbox that enables every department to be involved in the creative process whenever they want to be. The good thing about being online, is that you still can watch the show, even if you missed it!

New videos coming to the Virtual Production Week include a fireside chat with Lucasfilm president Kathleen Kennedy to explore the future of virtual production, and an exclusive first-look at Netflix’s upcoming ‘Super Giant Robot Brothers!’ animated series.  In the exclusive interview Kathleen Kennedy talks about how technology has shaped her forty-year career in film production and what she believes the future holds. 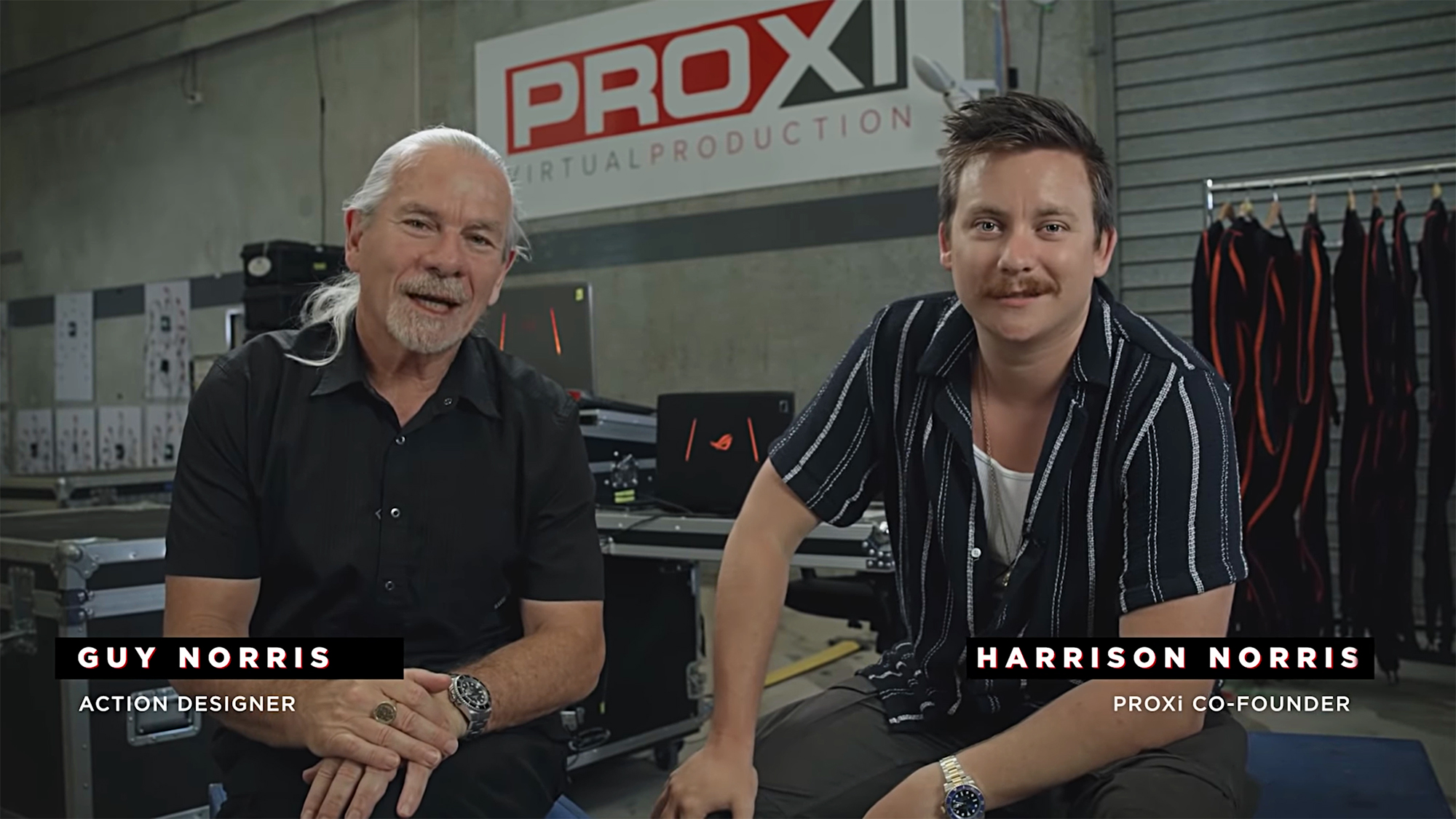 Next online is an exclusive first-look at Netflix’s upcoming ‘Super Giant Robot Brothers!’ animated series: This special behind-the-scenes presentation features never-before-seen footage from the new Netflix animated series, Super Giant Robot Brothers! produced by Reel FX. Mark Andrews (Academy Award Winner – BRAVE) tells the story of how the Unreal Engine is being used to unleash the magic of animation on this high-end, action-comedy show about giant robots that must save the world from invading kaiju – while overcoming their own sibling rivalry. Hear how virtual production has transformed every phase of the production process – from early visualization to final renders on the most cutting-edge application of virtual production for stylized animation to date.

The event also includes presentations by The Third Floor, NVIZ, and Halon Entertainment, and on Thursday a special episode of Inside Unreal will be released. It’s also time to find out what Chromosphere and DNEG have been up to on their latest projects, and much more. Watchable right now is the new Virtual Production Sizzle Reel, featuring amazing content from filmmakers around the world.

The list of  films, both recent and upcoming that have used Unreal Engine either for previsualization, stuntvis, virtual location scouting and art department, and/or in-camera visual effects include Space Sweepers, A Writer’s Odyssey, Jungle Cruise, Infinite, The Tomorrow War, The Suicide Squad, Free Guy, Mortal Kombat Legends: Battle of the Realms, Shang-Chi and the Legend of the Ten Rings, Venom: Let There Be Carnage, Dune, Clifford the Big Red Dog, Eternals, Spider-Man: No Way Home, The King’s Man and The Matrix Resurrections, with many more ahead in the 2022 release slate. Recent and upcoming television productions using Unreal Engine include Star Trek: Discovery, House of the Dragon, The Mandalorian, 1899, Ted Lasso, Sweet Tooth, Superman & Lois, SEE, Stargirl, and The Boys.

Miles Perkins, Industry Manager Film & Television, Epic Games said: “Real-time technology has enabled a seismic shift in how film and TV content is produced, where now the technology is aligned with accessibility for creatives, regardless of the medium. As game and film technology merge, it frees filmmakers to work more collaboratively and iteratively, and we’re constantly refining Unreal Engine to add new features tuned specifically for virtual production. The demand for these real-time skills has exploded and we know it will only continue to grow as more and more filmmakers are exposed to this new way of working.”

So, that’s why Epic Games is marking the momentous year we’ve lived through and what lies ahead of us with “Virtual Production Week”, a five-day community event that hostst free online presentations and panels from industry experts showcasing how Unreal Engine has been adopted in film and television production. Visit the site to know more about the event.