If you want a DSLR for video and have few lenses, the EOS 600D may be your best investment. 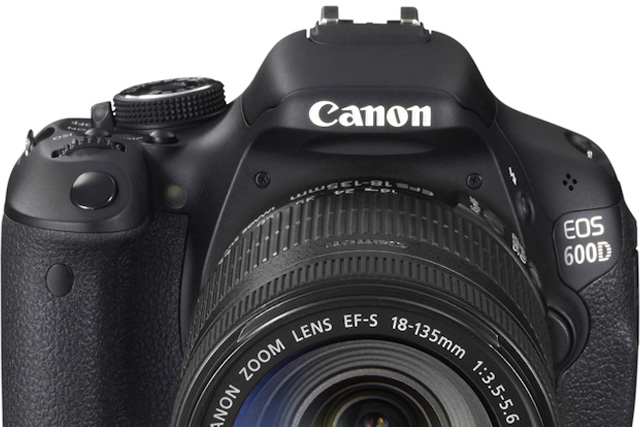 The humble EOS Rebel 3Ti/EOS 600D DSLR from Canon, launched in 2011, is one of two Canon cameras offering your lenses a unique feature: as if by magic, your 100mm becomes a 300mm. But Canon dropped the function in most recent models.

I must admit I bought a DSLR EOS 600D (I’ll refer the European name from now on) as a second body for photography and never looked much at the video part of the camera. So, please, understand if what I write here now is something that everybody else already knows: my EOS 600D is, still today, one of the best cameras to buy for video, I discovered. It has all the things the bigger brother EOS 60D offers when it comes to video (plus the magic to transform lenses), it compares favorably with the EOS 5D Mark II, especially if  you consider the difference in price, and can, without losing quality in FullHD video, give my lenses the power of 3x. 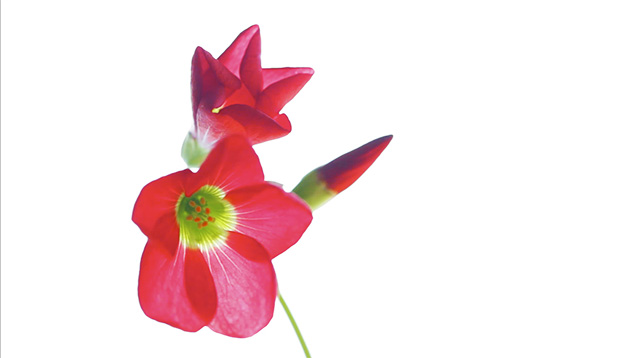 Let me explain this. When Canon launched the camera they mentioned in the specifications that “when filming Full HD footage with the EOS 600D, Movie Digital Zoom can be used to magnify the centre of the sensor by 3x-10x while maintaining Full HD quality.” Without much more information, people where left to explore on their own what Canon meant. In general, it seems, people looked at the system as a common digital zoom. Usually, digital zoon is synonym of loss of quality, so many people didn’t even look twice at the function.

The Canon T2i/EOS 550D had a VGA Movie Crop, with a 7x zoom when recording VGA movies, a feature some reviewers loved and others hated. It seems the Movie Digital Zoom from the EOS 600D was treated the same way: some could not find any reason for using it, while some others, especially the video shooters, discovered a unique potential for it.  The fact that the EOS 60D did not offer the function, presenting instead the VGA Movie Crop mode, recording with the central 640×480 pixel area of the sensor to create an effective magnification of approximately seven times the focal length of the lens, may have helped people to think this was an uninteresting feature. 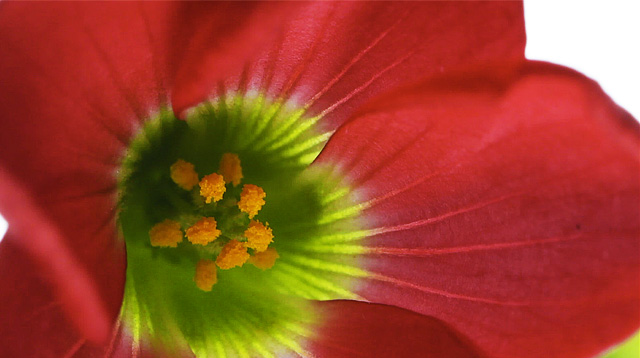 Now, I do believe this feature is great for video, and I am not alone. The 3x to 10x digital zoom during 1080p video recording allows one to transform whatever lens is used in a lens with extended coverage power. Canon says up to 10X without loss of quality. If you do the math, the possibilities are awesome: I tried with my 100-400mm lens, at the long end and at 3x, and the crop offers me a 1200mm lens. At 10x it is a 4000mm. Now if I add the 1.6 crop from my sensor, that would be 6400mm.

While the numbers are impressive, the reality may be a bit different. I’ve made some initial tests and I would say I 3x is safe for regular use, and I’ll live happy with it. In fact, what this allows me is to use a 100mm macro both for flowers and wildlife. I’ve yet to do more tests, but the 100mm macro with the 3x digital zoom offers me a 300mm f/2.8 for wildlife, which is a great package to move around with animals in the field. So, a single lens offers me the chance to get close to insects and flowers and on the other end to wild boars and deer (probably some birds, have to try it too…).

Now, what exactly is the Movie Digital Zoom? Well, if we consider the sensor on the EOS 600D has 5184 x 3456 pixels, and that FullHD needs 1920×1080, what we effectively have here is a crop of the sensor, to use a central area. The relation of sides on the sensor suggests this may not be an exact 3x value, more 2.7x. Who cares? It works! 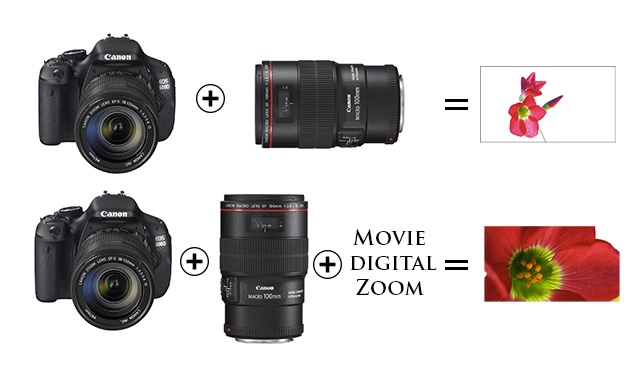 I’ve been working essentially with a 100mm macro, and I simply love the flexibility it offers. But my humble “nifty fifty” (a 50mm f/1.8) does some magic too, offering me a 150mm f/1.8 to work with (or 135mm if you want the precise number). So, as I stated earlier, if you’ve a short selection if lenses, this feature alone justifies buying an EOS 600D for video.

The EOS 70D, which is the only recent camera model offering Movie Digital Zoom, costs around $999 (body only), while the EOS 600D, new, can be had for $499 or less. If you’re on a budget and do not need/want to use Canon’s technology present on the EOS 70D, the EOS 600D may be your best bet. With it, a single lens and manual focusing, you can start creating movies!

Canon has dropped the Movie Digital Zoom from all their cameras launched after the EOS 600D, but the EOS 70D, in fact not allowing many Canon users to explore a feature I find is, in terms of importance, akin to the Eye Control used in the original EOS 5 (the old film), which, unfortunately, vanished completely. I wonder if the Movie Digital Zoom is gone forever, or if we will see it return in the camera that will replace the EOS7D, considered one of the best DSLRs for video. The rumours about the new EOS 7D Mark II – not the final name – suggest it will be a revolution in the video department. 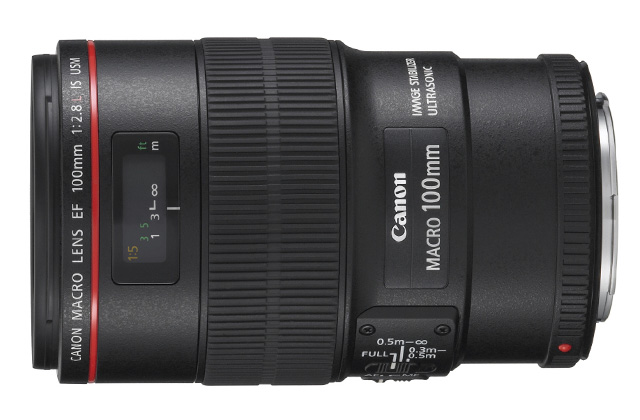 So, the underestimated EOS 600D may, still today, be your best buy for video if you’re on a budget and want a DSLR. Not only has it a unique option when it comes to recording, it also is one of the most fully-featured cameras when it comes to video and photography. With a 18 megapixel sensor, vari-angle high resolution LCD, built in wireless flash control for Canon Speedlites, it offers, in the video department, 1080p, 720p and 480p video resolutions at various frame rates in both NTSC and PAL, manual audio control for video capture, manual exposure for video, plug in for a stereo microphone and a mini jack for external audio capture as well, the kind of stuff people usually associate with a Canon EOS 5D Mark II. All this in a camera you can buy, these days, at very special prices. So, what are you waiting for? Buy an EOS 600D before they are all gone. Canon may never give us back this function again on a consumer level – and price – model.