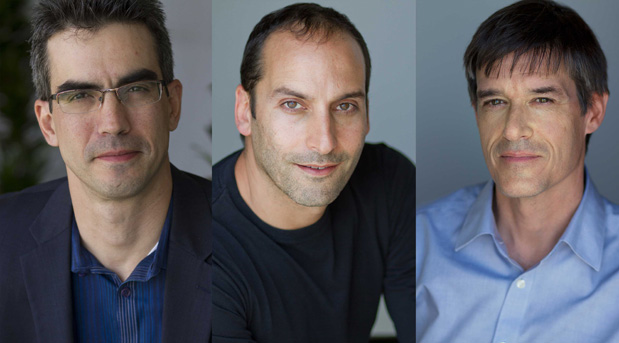 Createasphere is pleased to announce the addition of a transmedia keynote by the founders of Emmy® Award-winning Fourth Wall Studios at its Fall Entertainment Technology Expo (ETE) taking place November 7-8 at the Burbank Marriott in Los Angeles. Fourth Wall Studios’ Jim Stewartson, Chief Executive Officer and Co-founder, and Elan Lee, Chief Creative Officer and Co-founder, are set to premiere one of the studios’ latest interactive programs that exemplifies the power of multi-screen experiences. The keynote will take place November 7 at 1:30pm.

Fourth Wall Studios is an award-winning entertainment company whose pioneering techniques enable storytelling across multiple screens and devices. At the ETE, Stewartson and Lee will also discuss the development of its innovative RIDES.tv™ platform. Joining them is Sean Stewart, head writer and co-founder; Steve Peters, VP of experience design; Jackie Turner, head of production; and Zach Schiff-Abrams, executive producer.

Attendees of Createasphere’s ETE will have the opportunity to hear first-hand the story of Fourth Wall Studios’ rise to the top of the nascent field of transmedia and will be able to ask questions of the founders during this exclusive two-part session. Early registration for this keynote is required as space is strictly limited. 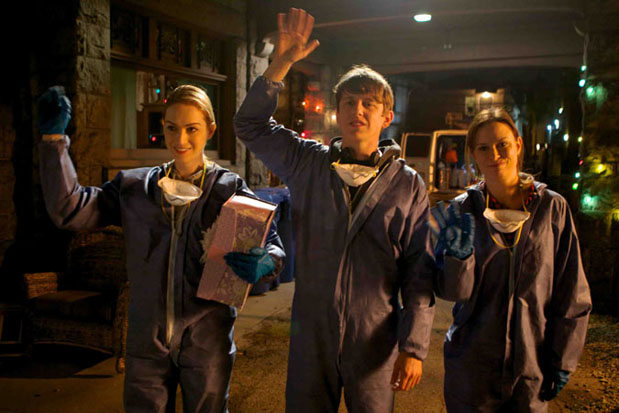 Scene from the Emmy®-winning “Dirty Work”

Fourth Wall’s first major series for RIDES, “Dirty Work,” recently won a Primetime Emmy® Award for Outstanding Creative Achievement in Interactive Media: Original Interactive Television Programming. Other credits include “Claire,” the “Dark Wall” anthology, “Home: A Ghost Story,” “Whispers,” “The Swarming” and “Flare,” among many other series now in development. The studio is also actively engaged with partners to create and develop more projects for RIDES.tv as its popularity explodes.

Creataesphere’s Entertainment Technology Expo is the one of the largest professional entertainment events in Los Angeles. It is the premiere gathering of industry leaders, disruptive innovators and creative geniuses driving content into the next century. The two-day event features trend-setting sessions, demonstrations, a full exhibition area, networking opportunities and education. Additional sessions slated include high-profile artists and hands-on demonstrations of on-set experiences and tools.

For further information and free registration to the Expo, visit http://provideocoalitionexpo.com/ete or call 818.842.6611.