With 2015 starting soon, Canon and Nikon have new high-pixel DSLR cameras on the way. 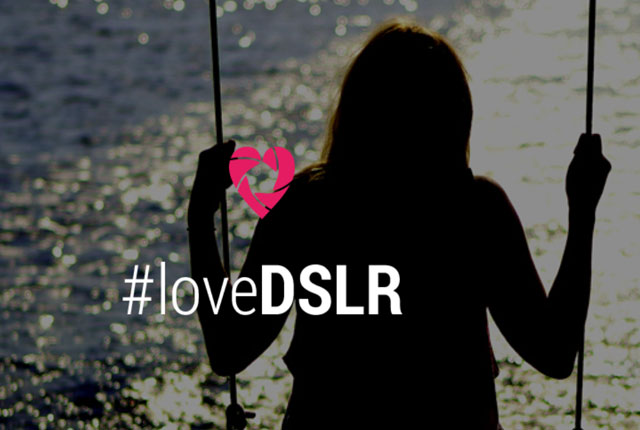 Everybody seems to be very excited with the new rumours, now apparently confirmed, that Canon will have a new high-pixel count DSLR camera in 2015. Soon, it seems, if one can believe the translation(s) made around a single interview given recently by a high responsible figure from Canon. The same goes for Nikon. Should we be surprised?

An interview published recently by Digital Camera Watch with Nikon's marketing department executive, Kusumoto Shigeru, had a note about Nikon moving towards sensors with more pixels, as customers ask for them. This is not news when it comes to Nikon, it is something that has been said over and over, but many websites still can make a whole story about it. Also, with Nikon using Sony sensors, when Sony has a new sensor, it is expected that Nikon will use it. Things may be a little different for Canon, as they produce their own sensors, and Canon has been slow to follow the trend of more and more pixels. So, in their case, the news of a new high-pixel sensor may really be news. Not an absolute surprise, but news.

The interview published in Digital Camera Watch with Canon Inc. Senior Managing Director Image Communication Business Division, Maeda Masaya, seems to confirm that Canon has a high megapixel camera to be delivered soon. We all knew/know it was coming, so it is not hard to look at the future and say it is going to happen, but no one knows exactly when it will appear, or how many pixels are needed for it to be considered a high megapixel camera.

So, people are suggesting that it is a 50 Megapixel camera, a number that would go beyond the 46MP suggested for Sony’s (and Nikon) next sensor. This would keep the fight going on, and that’s, it seems, what everybody wants. More pixels, more cameras, shorter times between launches of new products, even if people are taking longer to change from camera to camera… except a few of those that seem to live in the online forums. The world is going insane, it seems.

It is more than obvious that Canon will have higher resolution cameras, that’s the way the market moves, but one has to ask if we really need to have more and more pixels every new year. Looking back at some years ago, I remember what DPReview wrote in their review of the EOS 50D, which I use here for comparison purposes. In their review of the camera they stated that “It appears that Canon has reached the limit of what is sensible, in terms of megapixels on an APS-C sensor. At a pixel density of 4.5 MP/cm² (40D: 3.1 MP/cm², 1Ds MkIII: 2.4 MP/cm²) the lens becomes the limiting factor. Even the sharpest primes at optimal apertures cannot (at least away from the center of the frame) satisfy the 15.1 megapixel sensors hunger for resolution. Considering the disadvantages that come with higher pixel densities such as diffraction issues, increased sensitivity towards camera shake, reduced dynamic range, reduced high ISO performance and the need to store, move and process larger amounts of data, one could be forgiven for coming to the conclusion that at this point the megapixel race should probably stop. One consequence of this is that the 50% increase in pixel count over the 40D results in only a marginal amount of extra detail.” 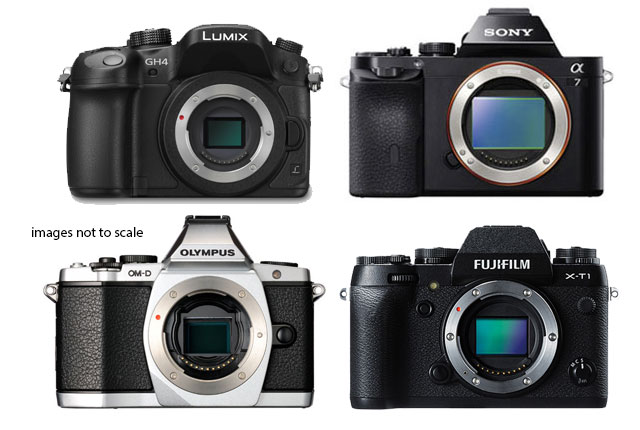 Mirrorless cameras were promised as a way to make the pentaprism casing vanish from the body of cameras, but recent models from different brands seem to perpetuate the SLR look

The review mentionned above was published in October 2008, and although we’ve seen some changes in the market, I doubt they’re enough to justify the “more and more pixels” philosophy that seems to excite everyone. It’s similar to the 4K fever, which is raging on now. For some people it will be more a question of having a 4K monitor or TV or even camera than really using it fully. It’s more about status than about usefulness… Well, the marketing people simply love that.

I’ve to write this because I keep on seeing people who having bought a camera like the full frame  EOS 6D want to know if they should buy a cheap lens to go with it. Meaning they are not using their pixels in the best way. What this means is that for many users, the amount of pixels in today’s cameras is more than enough. Some others might find use for a few extra millions, but those are the ones who also can afford expensive lenses that will get the best out of the high density sensors. And some even may need it…

This discussion could go on forever, so we better leave it here. Time will tell what Canon is preparing for the future. One interesting note from real life is that the numbers on a social website like Flickr suggest the most popular DSLR camera there, these days, is the Canon EOS 3Ti (or the EOS 600D in Europe and other markets) which is, as we’ve stated here in a previous article, the best option for videographers on a budget. It may not be for this reason that the cheap entry-level model is so popular amongst Flickr photographers, but the fact the one model launched in February 2011 is still alive and kicking may tell us why less DSLRs are sold these days: the recent entry level models are so good that most people do not feel the urge to buy new cameras.  One more note on this: the “old” EOS 3Ti is also one of the most sold models on Amazon, still today.

In that sense, things are a bit like they were in the days of photographic film, when people would keep the same camera for years. Maybe we’re going back to normality, after all, especially if we keep away from the evolution lines suggested by some “opinion-maker” places on the web. So, sales charts are declining simply because people who bought those cameras have found they’re good enough for what they need, durable and versatile. They don’t care about new models, they have found a tool that lets them express their creativity or simply collect family pics. 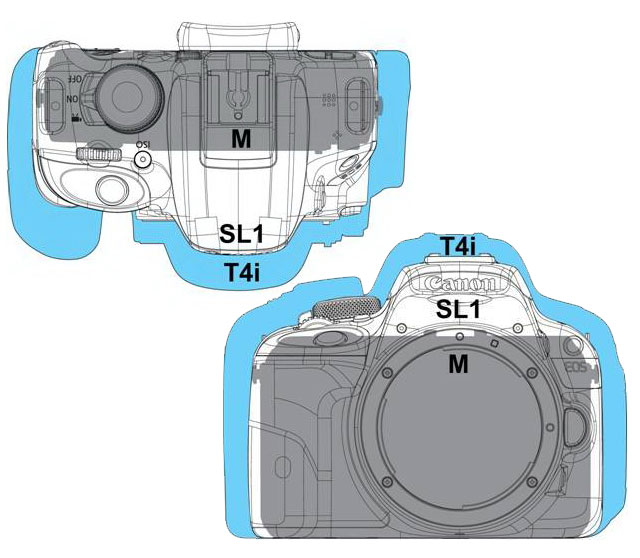 With the EOS SL1 / EOS 100D Canon showed a smaller DSLRS could be created. The pentaprism is still a bulge on top, but remember it also includes a flash, something mirrorless systems (see above) do not offer

There are multiple reasons to stick with a DSLR, and Ibarionex Perello has mentioned some in this article: Reasons to Stick to Your DSLR Over Mirrorless Camera. Although many claim to have changed from DSLRs to mirrorless systems,  their support might not have been enough. The truth is that the financial results presented with a name like Olympus at the end of 2014 indicate that, and these are the exact words from Olympus, “Higher operating loss recorded due to failure to meet sales target for mirrorless cameras, an area where strong growth is being targeted”. To read the whole report, do download the pdf document Olympus Group Financial Results for the 2nd Quarter of the Fiscal Year Ending March 31, 2015 .

Olympus is revising their sales targets for the future and even considering a move of their imaging segment into the BtoB segment, meaning they could create cameras for others. This is that time of the year when we look back and find there may be some wisdom in words like those from the article “CES 2014: Olympus may re-enter DSLR arena” published by Amateur Photographer magazine in January 2014. There, Olympus’s SLR products planning manager Toshi Terada suggested that Olympus may go back to producing DSLR cameras one day. He said:  “Nobody knows 10 years away… once we can get a very nice share [in mirrorless] we may expand the business to DSLR again, but at this moment we are just concentrating on mirrorless and we have no plan to go into DSLR.”

Looking around, one finds that even mirroless cameras try to look like DSLRs, with the pentaprism casing so many thought was not needed, only a few years ago. It’s funny that although everybody said and wrote that new cameras would make the DSLR shape vanish from the market, everybody, from Sony to Olympus or Panasonic, and even Fujifilm, follow the shape of DSLRs in many of their new models. Are DSLRs going to disappear? Bob Atkins thinks differently. Read his article “Death of the DSLR? What's in store in 2014 for photography?”

In the end, there is probably space for everybody. That’s something we all have to think about.  Will DSLRs die? Well, Canon is surely trying to make sure they do not, both by building smaller models like the EOS SL1/EOS 100D and more recently by launching a space like the website LoveDSLR.com, presented as “a new website designed to put your love of photography into practice, learn how to take great images and be inspired by others.” 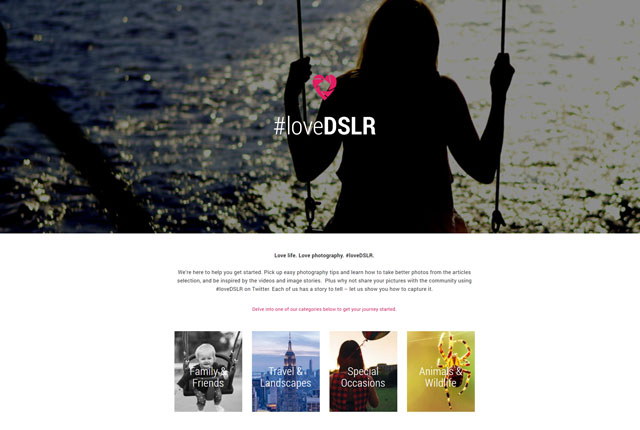 Canons new website for DSLR owners is part of the marketing strategy of the company. They're not letting DSLRs die

The new website challenges photographers to share their favourite shots with the community on Twitter using the hashtag #loveDSLR for the opportunity to be featured on the site, and serves for the whole community to see what other DSLR users are snapping and gain photography knowledge, simply by visiting loveDSLR.com or joining the conversation on Twitter using #loveDSLR. #loveDSLR is supported by Canon to inspire a love of DSLR photography… the press-release says. We could add it also works as a marketing tool to cater for more interest for DSLRs, which are a big part of Canon’s business. So, DSLRs may be here to stay.

This means that we will keep having them around when it comes to video, meaning, also, that we may see some models, from Canon and Nikon – they’re the only ones (and Pentax too) still creating DSLRs that are similar to what we called SLRs in the past – offering faster framerates and resolution when it comes to video. With prices tumbling down, we will have 4K models at the entry level, very probably. Just wait for 2015 to start and we may have some news. With Nikon’s D7200 and D5200 and Canon’s EOS 80D and T6i/EOS 750D, more options when it comes to video will, again, make for a renewed interest in DSLRs.