Jeff Foster, an award-winning author and filmmaker/photographer, recalls seeing a segment shot where a helicopter flew through the Honopu Arch on Kauai’s Napali Coast. “Breathtaking,” he says, “but we can do a lot better today with a drone and a 4K camera. And we can do it for a lot less money and a lot less stress on the filmmaker and the pilot.“

Jeff Foster, an award-winning author and filmmaker/photographer, recalls seeing a segment shot where a helicopter flew through the Honopu Arch on Kauai’s Napali Coast. “Breathtaking,” he says, “but we can do a lot better today with a drone and a 4K camera. And we can do it for a lot less money and a lot less stress on the filmmaker and the pilot.“

Shots like the one above of along California’s Big Sur is more dramatic and a lot less expensive.

Foster should know because he’s been a trend-setting drone filmmaker for years; shooting events, documentaries and TV/movie segments.

As a writer for PVC (Pro Video Coalition) for more than five years, he reviewed and bought one of the early GoPro Hero cameras and felt it could give filmmakers a new creative freedom and a new dimension to their work. “It was a camera that just begged to be airborne,” he noted, “even though the early lenses were just marginally adequate.”

With that in mind, he acquired one of the original DJI Phantom drones (or UAVs- Unmanned Aerial Vehicles), did a lot of tinkering and consulted with DJI to suggest improvements/enhancements for the film industry.

While his company, Sound Visions Media, is a complete production operation doing video production, editing, animation, motion graphics, production consulting and training; he has gained an international reputation as a leading expert in aerial (drone) videography.

During the past three-and-a-half years, he reviewed and provided manufacturer feedback on drones from 3DR, SteadiDrone, Parrot and others. At the same time, he was testing the improving quality and performance of GoPro’s cameras as well compact/light cameras from Blackmagic and others that were being introduced to meet the prosumer’s desires for spectacular aerial film segments and photos.

Foster emphasized that getting a drone to shoot aerial videos comes at a price. That price includes the gear and the price of learning to get the most from both the drone and the camera.

“It’s not something you can do overnight,” he commented.

He noted that all too often, people buy a Phantom or other drone and think they’re going to go out and shoot a project the same weekend. They quickly learn – often crashing their drone and destroying or damaging their camera – that it takes a lot of time to learn how to master the controls, become a proficient pilot and even a marginally good aerial videographer/photographer!

Some filmmakers/photographers have lost control of their drones but managed to recover video of the ensuing crash. Others have lost them entirely. Drones have been known to fly off and not come back, no matter how hard the owner worked the controls. 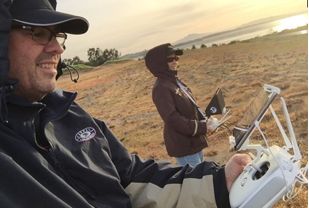 While it might be possible for one person to handle the drone and camera controls, Jeff Foster is a firm believer in having a specially trained (and certified) drone pilot at the flight controls and a solid, creative person handling the camera action.

“Too many buy the drone, get a $400 4K camera and think they’re ready to do spectacular aerial video for under $1000 without any training,” Foster commented. “Looks are deceiving.”

Even with hundreds of hours of interior and exterior drone filming, he has crashed his systems a few times.

Fortunately, he has never hit anyone or anything but the danger always exists.

He emphasized that this is one of the reasons local governments, police and the FAA (Federal Aviation Administration) are working to place restrictions on how and where drone/camera systems can be flown – line of sight, no nighttime flights, no operating near people and more.

“They’re common sense guidelines but we all read about and see incidents where common sense was totally lacking,” he stated. “If you’re going to tempt fate, you better have good liability insurance!“

With the advent of the GoPro and other POV (point of view) action cameras, Foster said videographers and photographers can get high-quality digital shots you could only dream of 10 years ago. But you also risk the chance of damaging very expensive camera/lenses in the process while attempting them.

He did note that drones are capable of carrying expensive DSLRs (digital single lens reflex) cameras like RED and ARRI into the air, but at a great cost and they’re not cheap to operate either!

Some big budget film/TV production houses are using these more expensive systems and still come in under budget, compared to using a big helicopter for just a few hours a day or multiple camera cranes/dollies. 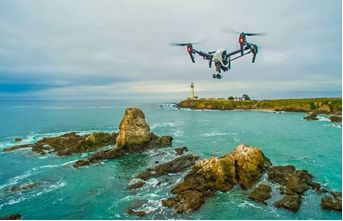 Today’s new economic drones and compact 4K cameras enable people to capture footage that was out of the reach of independent filmmakers. From low-level capture (indoors and out) to high, expansive views up to 100 feet and more; the systems open up new vistas for almost every video and photo professional.

“We shot a variety of scenic moments along the Northern California Coast and inland areas with a combination of low- and high-altitude film footage,” Foster commented. “You get the feeling you’re flying like a bird and those results aren’t possible from the ground, a helicopter or small aircraft. Plus, the cost was minimal.”

For most of his smaller aerial productions he uses the GoPro Hero4 Black that shoots 4K video. It gives him the latitude to crop/zoom the footage and bring out shot details as well as reframe a shot to centralize the point of interest.

Foster does all of his production editing and post-production on an iMac because it’s fast, efficient and meets both his needs and his budget.

Out in the field, he uses the 11-inch MacBook Air (even in some rough, harsh environments} for ingest and preview footage. “If you want to get some added 4K B-Roll, it’s a lot easier and less expensive to get it when you’re on location rather than trek back and hope you can duplicate the look and feel of the environment,” he explained. 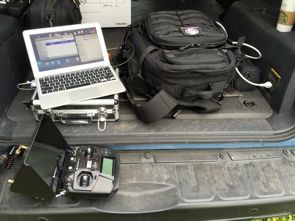 To enhance the performance and quality of his system, he recently upgraded with a 120GB internal SSD (solid state drive) and SATA (serial AT attachment) Envoy upgrade kit from OWC (Other World Computing).

“Since Apple soldered the RAM to the logic board of the MacBook Air, it was already maxed out with 4GB; which is just barely tolerable when you’re working with memory-intensive apps like Adobe Creative Cloud. I get the cache I need with a fast SSD instead of the hard drive. It almost feels as though I did upgrade the RAM.”

He added that people are always shocked at the speed/performance of his 2012 MacBook Air when he’s demonstrating Adobe After Effects, Photoshop and Premiere Pro or showing some of his 4K drone video such as the San Francisco beach sunrise – https://youtu.be/zQ-dMdWhq6M

“OWC made it extremely easy to do the upgrade myself with clear instructions and step-by-step videos. Trust me, I know good videos,” Foster said with a grin.

The upgrade helps him keep pace with his production workload and his move to Apple’s Yosemite operating system and Adobe’s 2015 Creative Cloud release. He also says he sees fewer software crashes and has sufficient storage to ingest media out in the field without having to transfer content to an external drive.

That gives him faster turnaround to get his flying cameras back in the air, capturing more exciting content and getting the projects done more quickly.

Asked what was next on his hardware agenda, Foster said he’s going to add an OWC 1TB Aura 6G SSD and Envoy kit so he can create two partitions for Bootcamp/Windows and Mac OS. 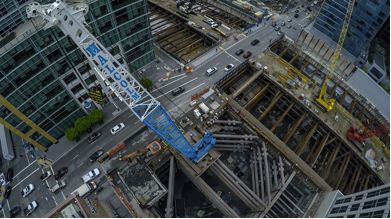 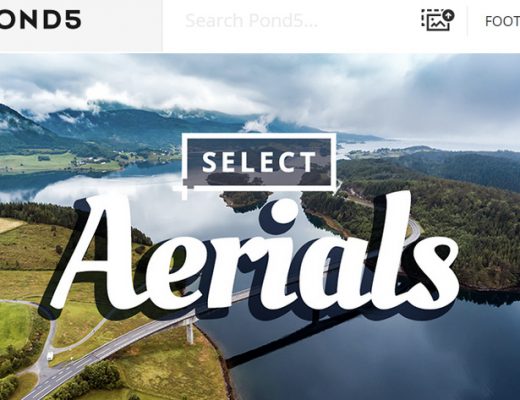