The submissions for the New York City Drone Film Festival 2016 open in August. Meaning it is about time you get your drone flying and create a film. 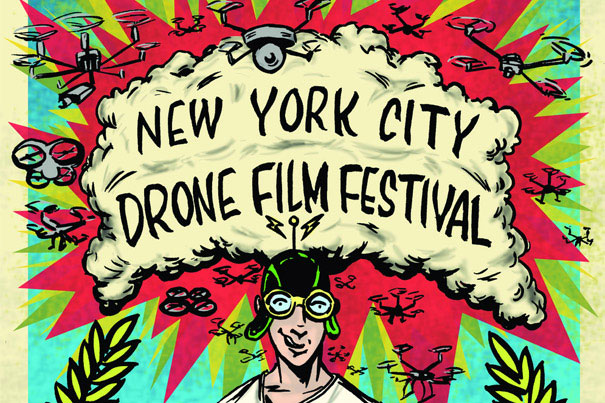 New York City Drone Film Festival is the world’s first event exclusively dedicated to celebrating the art of drone cinematography. The festival was created in 2014 by Randy Scott Slavin, with a desire to change the perceptions on drones.

Director, landscape photographer, and aerial cinematographer Randy Scott Slavin, confessed at the time: “I’m tired of drones being synonymous with questionable legality and FAA regulation. I want to celebrate the art of aerial cinematography”. So he founded the festival as a platform for aerial filmmakers to showcase their work (shot anywhere in the world), emphasizing innovative flight technique, aesthetic beauty, and more.

This is an international festival that in last edition counted with the participation of 152 film. From those, 35 submissions were selected to find the final winners. For the 2016 edition the organizers expect more participants as the use of drones for filmmaking has reached new heights.

The submission guidelines for the festival are simple: all films must be 5 minutes or under in length and shot using a drone or UAV. All “Dronie” entries must be less then 1 minute in length. All entries must be sent through FilmFreeway.com unless otherwise stated by festival director. By entering your film for consideration for the 2016 New York City Drone Film Festival, you authorize that your work is cleared for festival exhibition and accept full legal responsibility for the intellectual property therein. Entry into the festival constitutes permission to exhibit your work at the 2016 New York City Drone Film Festival.

As for the 2015 edition, a select group of film and television professionals and drone cinematographers will make up the festival jury in 2016. The jury will present awards to films in various categories including: