Any suggestion that your brand new SSD may be upgraded to an SD card sounds like science fiction, but the SD Association just announced that the new SD Express can serve as a removable SSD. 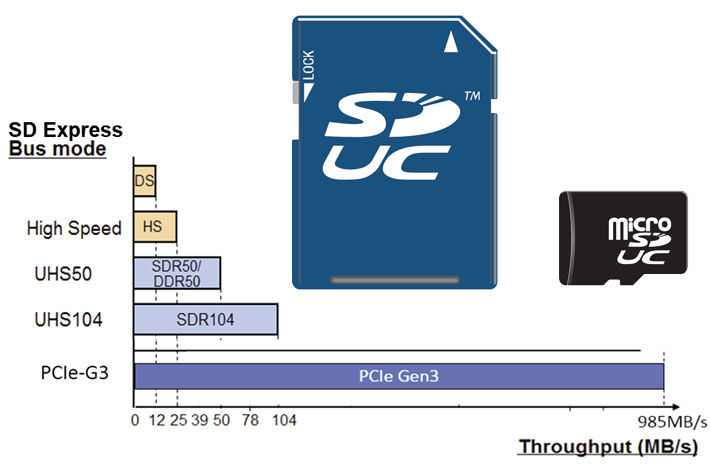 Imagine an SD card with a capacity of 128 TB, able to deliver up to 985 MB/sec transfer rate, while keeping compatibility with existing billions SD hosts in the market and you’ve… SD Express.

The SD Association announced at the Mobile World Congress, in Shanghai, the next step of the evolution for SD cards. It’s more a revolution, in fact, as the SD Express, as it is named, adds the popular PCI Express and NVMe interfaces to the legacy SD interface. Yes, NVMe, the upper layer protocol that enables advanced memory access mechanism, and which we’ve seen used in the most recent SSD solutions, is going to be used in a small SD card, completely changing what’s possible to do with these small cards – yes, the form factor and backward compatibility and are part of the new SD 7.0 specification – we use in many devices.

The new cards, whose specification the SD Association just released, introduce two major new functions, SD Express and SD Ultra Capacity (SDUC). The first points to the incorporation of the PCIe and NVMe interfaces, known worldwide for its high bandwidth and low latency storage, into SD memory cards alongside legacy SD interfaces; the second extends the potential maximum SD memory card capacity from the actual 2TB (SDXC, not even available yet) up to 128TB.

The announcement represents SDA’s answer to the continued request for cards with more space and speed. In anticipation of the next generation of high performance mobile computing requirements, adding the PCIe technology and the advanced NVMe protocol delivers faster access to data files than today’s SD platform, achieving speeds of up to 985 MB/s that support content applications and data generated by highly capable system architectures. According to the SD Association, “this new protocol allows SD Express memory cards to serve as a removable Solid State Drive (SSD).”

One can only imagine what this means. Having a small card as the SD offering so much speed and capacity allows for the creation of different equipments that will use the potential of the SD Express. At the same time, because the form factor is the same – the already mentioned backward compatibility – the same cards can be used with older devices, something everybody seems to appreciate. With existing support of major operating systems and popularity of drivers supporting PCIe and NVMe, the market adoption of SD Express should be easy, the SDA believes. 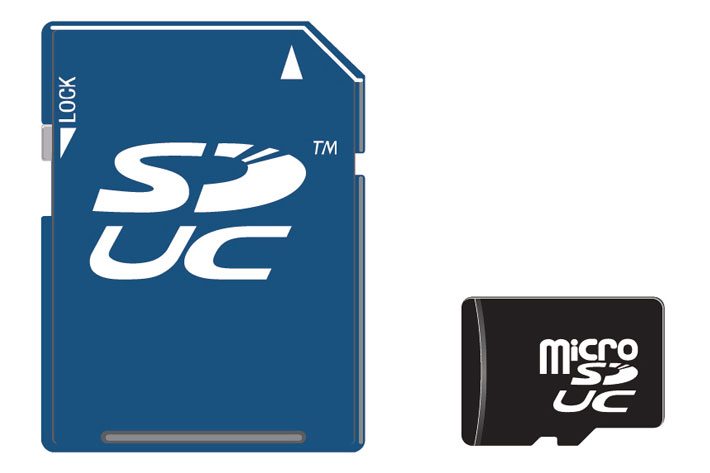 There are some technical questions to clarify, like how hot these cards will get, and then there is the question of price, but the whole idea sounds interesting, especially because the new card keeps a bridge to the past. According to a note published by SDA on the White Paper available, “SD Express includes a UHS-I interface with PCIe and the NVMe interfaces. Use of PCIe Gen3 and NVMe v1.3 with SD was defined, for example initialization process, pin allocation etc., but the general idea is utilization of the existing well-known and familiar protocols defined by PCI SIG and NVMe Forum. By relying on successful protocols already in the marketplace, the SDA gives the industry an advantage by leveraging existing test equipment and saving in development processes. When companies use existing building blocks and existing designs, this translates to cost savings and an improved bottom line.” 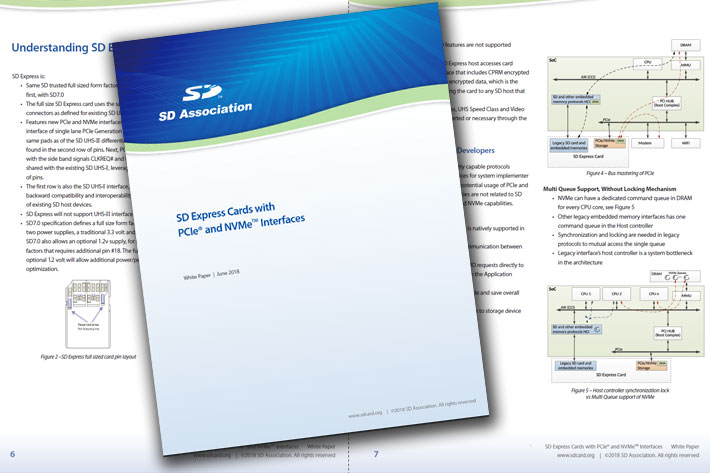 The demand for higher capacity memory associated with the rapid developments in application processor technology, including multi cores, speed, RAM increases, can only be addressed when the speed of the interfaces is updated too, and the SD Express offers, according to the SDA, the high performance sequential and random access needed. 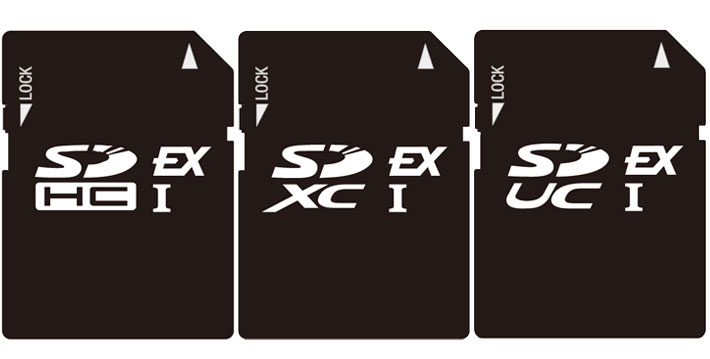 When will the SD Express cards arrive to the market? No idea. In fact, we’ve yet to see cards that explore completely the SD 6.0 specification introduced in February 2017, so it may take a while. Still, the SDA released visual marks to denote SD Express and SDUC memory cards for easy matching with devices’ recommendation for the best SD memory card for optimal performance. The new reference will be available in both the normal and micro SD format.

The SD Express is an ideal format for portable devices, but its new specifications make it also a viable solution for storage inside computers, and more. If the SD Express becomes the norm, then what happened to HDDs when the first SSDs arrived will happen to SSDs now. Price may, again, be the problem, as, just for reference, a SanDisk Extreme Pro 512 GB SDXC UHS-I costs now $300, while a SanDisk 1TB Ultra 3D NAND SATA III SSD costs… $220! It seems like it was only yesterday we moved to SSDs…