The first Micro Four Thirds cameras conceived for aerial use are now a reality, with DJI launching the Zenmuse X5 and X5R cameras, offering unprecedented quality and ease-of-use to aerial imaging. 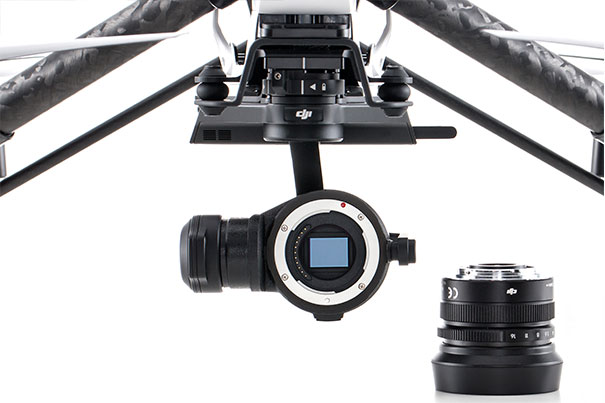 The new Zenmuse X5 and X5R cameras from DJI are the first commercially available aerial cameras featuring Micro Four Thirds sensors. Both use the 16 megapixel MFT  size sensor present in Olympus and Panasonic cameras, offering 16MP stills and 4k video on a stabilized 3-axis gimbal that integrates with the Inspire 1 from DJI.

The new Zenmuse X5 represents the world’s first commercially-available micro four thirds (M4/3) camera designed specifically for aerial use. With a large sensor, aerial image makers will be able to capture up to 13 stops of dynamic range, making it easy to capture high-resolution 16 megapixel photos or 4k, 24fps and 30fps videos in complex lighting environments. 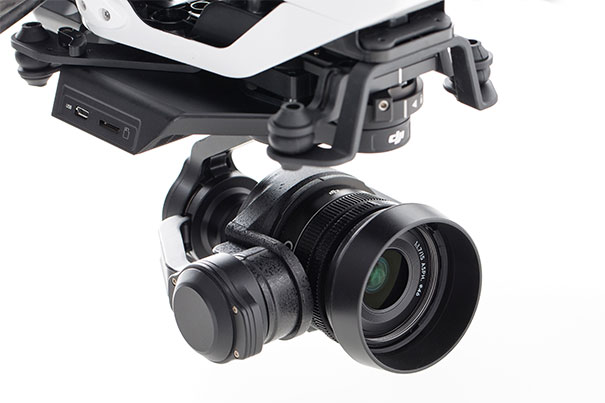 “The professional applications of the Zenmuse X5 are almost endless,” said Eric Cheng, DJI’s Director of Aerial Imaging. “In addition to shooting professional-quality photos and 4K video, the new camera can be used to create high-quality aerial maps and 3D models, and can also help industrial teams get even more detail from their aerial imaging pursuits, for example, in utility inspection using a drone.”

DJI also announced the Zenmuse X5R camera, which shares the same sensor and lens compatibility with the X5, but records video both to an onboard microSD card as well as to a removable 512GB solid state disk (SSD) on the gimbal’s top plate. The Zenmuse X5R records CinemaDNG (RAW) video to the SSD, and opens up lossless 4k video recording in a groundbreaking, compact form factor with video bitrates averaging 1.7Gbps (with a maximum of 2.4Gbps). 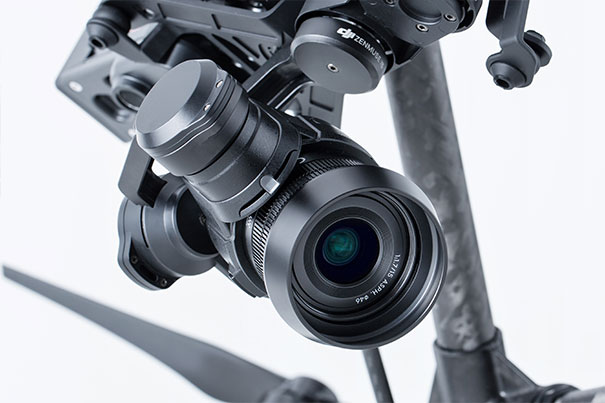 To support the management of Zenmuse X5R Cinema DNG files, DJI will release software to edit and convert RAW camera footage. CineLight, which will be available when the Zenmuse X5R camera is released later this year, simplifies users’ workflows by offering offline proxy editing before converting the CinemaDNG files to ProRes.

“In order to achieve the quality of video produced by Zenmuse X5 and X5R, pilots used to have to spend many thousands of dollars for large, complicated aerial equipment,” said Frank Wang, DJI CEO and Founder. “Now, pilots can simply mount the Zenmuse X5 series cameras to their Inspire 1, put on their props, get up in the air, and have full control of their shot while in flight. This saves valuable time on film sets and makes high quality imaging for industrial applications smaller, lighter and easier to manage.”

The manufacturer that dares to invent unique lenses, Venus Optics, is back with another lens for those who like...