There was a June 26th announcement from VESA that Display Port 2.0 specs are now available and that the industry expects to see DP2.0 comparable devices by the end of next year. Supporting RGB color, high frame rates as well as single and multi monitor resolutions beyond 10K DP2.0 will be available in late 2020.  However, if you seem to think no one you know is working in 10K today, talk to some of your VR production peers, you will quickly realize that most VR production is already creating and stitching content well beyond 10K on the high end. So while you might not be working there yet, there is a large pre-installed user base for multi-screen 4K and 8K content already entrenched in VR content creation and production.

Introduced in 2006, DisplayPort was created to simplify computer to monitor connections. Created to replace HDMI, DVI, VGA and RGB Component, DisplayPort’s backward compatibility has become one of those nearly invisible technologies people use all day long and do not realize. The announcement of the HDMI 2.1 standard at CES in January 2017 totally disrupted the previously released DisplayPort roadmap. While impressive, the HDMI specs included 8K resolutions, but ignored the needs for higher frame rates and increased color depth required for the next generation of television and video production.

The HDMI vs. Display Port debate is similar to the debate over USB vs Thunderbolt.  HDMI is a consumer protocol and the capabilities specified make it look as good as DisplayPort, however the reality is something far less for content creators. Having tested hundreds of HDMI devices over the years, I know that users are more often constrained with the whims of engineers and accountants, where the package specs may say HDMI 2.0 but in use the connectors on a lower cost cable will likely not be to that specification, delivering less data and bit depth than expected.

Remember that HDMI is designed for wide acceptance and ease of use, it offers multiple cabling options and the related issues found when the chosen cable does not match the needs of the user. HDMI supports a single video layer that supports 3D, 60p HFR, audio and deep color despite not always available to every consumer because of their hardware and cabling decisions.

The one advancement in DisplayPort 2.0 that stood out to me was the generic mention of the integrated use of the USBc connector going forward while not mentioning either spec for Thunderbolt 3 or the proposed USB4.  The current desktop compatible Display Port connector is fully able to support the v2.0 specs without modification. But by adding USBc functionality, VESA is assuring that DP2.0 is compatible within an ever widening infrastructure that includes burgeoning levels of mobile content creation on tablets, phones and laptops.

“Intel’s contribution of the Thunderbolt™ PHY layer specification to VESA for use in DP 2.0 is a significant milestone making today’s simplest and most versatile port also the highest performing for display,” said Jason Ziller, General Manager, Client Connectivity Division at Intel. “By collaborating with VESA, we’re enabling common building block technologies to come together across a wide range of devices and increasing compatibility to deliver better experiences to consumers.”

So, that Thunderbolt connectivity I have preached about forever? It looks as if it is still fundamentally changing connectivity across our industry.  The existing TB3 protocol handles monitors up to 5K pixels, yet the newly announced Apple XDR Display required an update to the DisplayPort protocols to support the higher 6K resolution (@10bit) prior to shipping or the Apple display would not be receiving enough data to match Apple’s marketing claims.  So whether we call it TB3 or USB4 in the future does not really matter as long as users have the functionality and usability.

The release of DisplayPort 2.0 clearly means the computer and display manufacturers seem to understand the ongoing necessity to deliver the tools and infrastructure needed for the next generation of content creation. Even though HDMI will maintain its dominance in the consumer space, the USBc implementation of DisplayPort 2.0 ensures image processing is cognitively moving in the same direction as professional camera sensors and productions are (resolution and bit depth be damned) regardless of whether we call it USB4 or Thunderbolt 3. 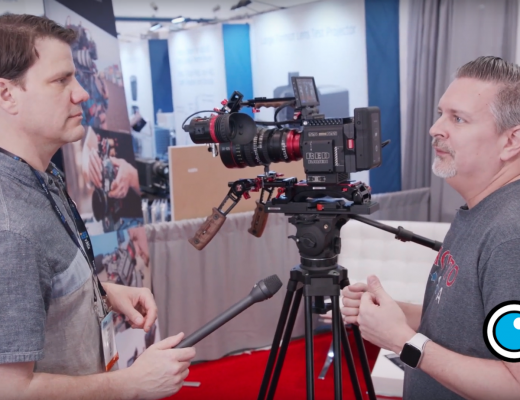 During NAB 2019 PVC talked to Zacuto about their latest Electronic Viewfinder, the Kameleon and how it fits within...