An interview with the man on a 10 week, 32 city tour of the country 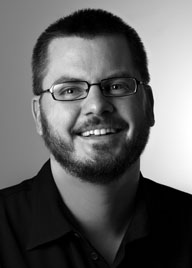 Vincent Laforet is a man with no shortage of accolades. A three-time winner at the prestigious 2010 Cannes Lions International Advertising Festival, Laforet has been named one of the “100 Most Influential People in Photography.” He was also awarded with a Gold, Silver, and a Bronze in the Titanium category at the Cannes Lions International Advertising Festival. In short, he knows his way around a camera.

That experience and expertise is being showcased on Laforet’s Directing Motion Tour, which is a 10 week, 32 city tour of the country to talk about directing motion. The goal of the tour is to show directors and DP’s how they can and should move the camera in dynamic and interesting ways.  We talked with Vincent about how this workshop will teach all levels of filmmakers the precise cinematic language of motion and what they can expect to take away from the experience.

You began your photography career at 15, but filmmaking is clearly a passion for you. Where did this passion come from?

My father was a set photographer, so I’ve been around film sets for my whole life. I knew I’d eventually make it into film one day, and I just loved the camaraderie on those sets. The collaboration that goes into the filmmaking process is what excites me the most about directing. Being able to work with other people that are super talented in different visual realms is an incredible experience. Producing things collectively gives you something that’s greater than the sum of its parts.

The line has been blurring on a technical level since the 5D Mark II came out, but I don’t think the gap between the knowledge has been narrowed that much. Photography and film, or photography and motion, are still very much two different mediums. And really, that’s what these workshops are trying to address.

These workshops are about moving away from the technical and more into the craft of directing. It’s about ways we can move the camera, and I think that’s a necessary next step. 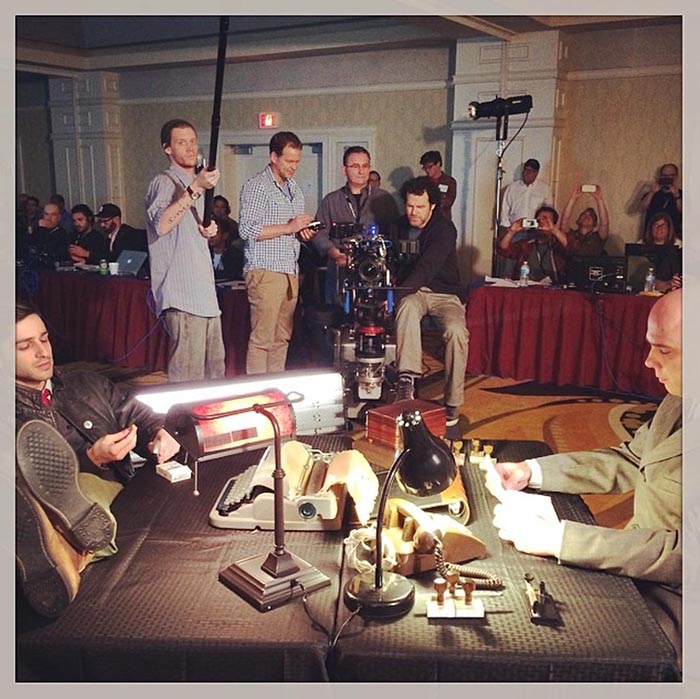 What do you think attendees of the Directing Motion Tour 2014 can expect to experience?

My goal was to set forth a curriculum that people of all levels could actually benefit from directly. The idea is to really examine how and why you move the camera and how that can elevate the level of understanding when it comes to motion.

I broke my arm a few months ago and I had two months of free time, so I decided to watch my 100 favorite films and pull out all my favorite scenes so we could dissect them for the benefit of these workshops.  We’re looking at Stephen Spielberg, Orson Wells, Francis Ford Coppola and Terry Gilliam, just to name a few. We’re looking at all the best uses of motion, and we’re doing it live on-set as well. We have an entire set with two actors and we’re doing several scenes from Schindler’s List.

Many people don’t realize it, but the camera can really influence how an audience reacts to what is happening. We talk about motivated versus unmotivated movement. We talk about how different moves can have different psychological effects.  We talk about what it means to reveal or conceal something in a scene.  And we illustrate all of this with specific examples. I’ve directed commercials and my own stuff, but I’ve also worked on shows like Southland, so we breakdown some of the examples that I’ve seen and dealt with. All of that helps people understand what went into a shot and the rules that these pros abide by and adhere to.

Attendees pick up a lot of stuff, because some of them don’t even know what a “push” or a “pull” is, so the language and precise communication becomes a big part of the experience.  Some people have never seen how an episodic show is shot, and we diagram everything out. We breakdown storyboard and shot lists. We go through the process of what a director does and really show them what’s involved.

In the evening I breakdown my Nike commercial all the way from concept through prep, scouting, tests and the shoot. People seem to really enjoy that and identify it as one of the highlights.

What kind of reaction and feedback are you getting from attendees?

People seem to have not really put much thought into why they move the camera or how. And they don’t really consider the effect it has on an audience.

I’ve had actors, editors and directors say they’ve never really thought about how enriching a particular motion can make a scene, let alone the process of diagraming and storyboarding shots. People are really exposed to what a professional director does. Because it’s not just about working with actors or promoting your film, even those things a big part of it. A lot of what you do as a director is you sequence shots in your head and plan for that because you’re trying to create an emotional connection and some sort of psychological response from your audience. A big part of how you can do that is around moving the camera in specifics ways.

People have reacted very positively to that and they want to know about my process as a director. They want to hear about the process of directors that I’ve either worked with or studied to understand the different ways you can hack this process. 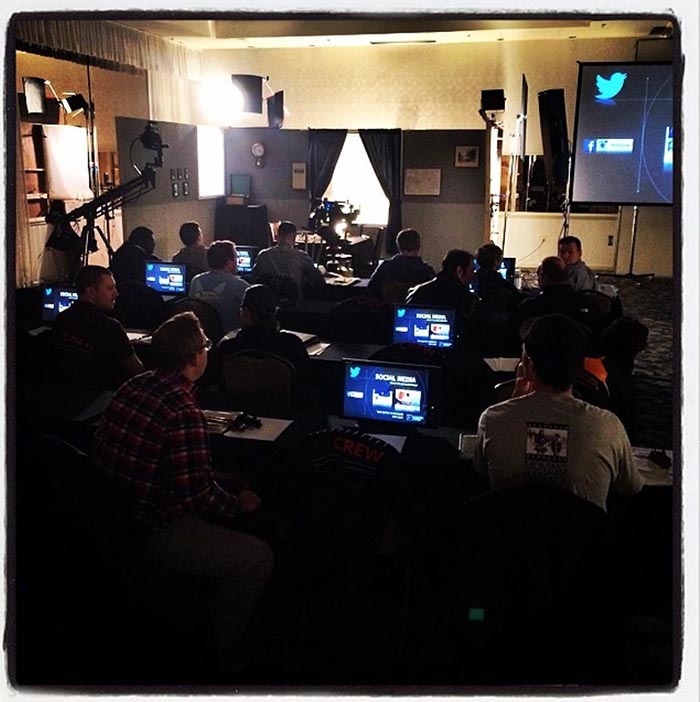 Filmmaking tools have changed a great deal over the past few decades and even the past few years. How do you think storytelling will evolve in 2014 and beyond?

For the most part, technology is completely and utterly irrelevant to filmmaking. The only thing it does for us is that it allows us to shoot in lower light and many of the tools are now more affordable. Other than that, there’s this terrible obsession with 4K and technical specifications that will do you no favors in terms of becoming a better storyteller. While we cover all of the tools…we have JL Fisher, MoVI, Steadicam, jibs, sliders, lighting…this is not the purpose of the workshop. The purpose of the workshop is to show you a wide view of how you can use this stuff, and why you use it. We don’t care about technical specifications.

I actually get irritated when people ask me about 4K because I get interviewed about it so regularly, and my response is always to say that it doesn’t matter. People want to connect to a story and want to be taken on a ride that brings them into another world. That should be your goal as a director. You should want to understand how you can take your audience on that journey, not what resolution or frame rate you’re going to be using.

People are surprised to hear that coming from me since I’ve been part of a lot of breaking technology, but really these are all just tools. They help me tell stories in a more efficient way but I don’t get lost among them. Some people think that if you shoot 4K you have a great movie, but this workshop is about helping people discover the reason behind these kinds of choices.

How does this tour differ from other production or cinematography workshops?

We talk about the craft of blocking in these workshops, and one of the big things I point out is that it’s not just about how you move the camera, it’s about how you move the actors in front of it and how much of a lost art that has become. Everyone wants to do a one-shot wonder these days because they’re influenced by Spielberg and Wells, but they have no idea about the craft it takes to move actors and the camera in relationship to them, along with foreground and background action to make a dynamic frame that wll hold your attention.

We breakdown Scorsese’s Copacabana scene from Goodfellas, and I show them that the camera does a full circle in the kitchen, which is absolutely illogical. The reality is that the Larry McConkey, the steadicam operator who designed the shot, made sure to distract the audience with geography the entire time. We have some video of him setting up shots and behind the scenes from Hugo and Carltio’s Way, but the idea is to show everyone that this is a process and a craft. At the end of the day, you could take all the gear away from people but if they know what they’re doing, they’re going to be able to accomplish something that’s worthwhile to watch. If they rely on the gear they’re going to be lost, but more critically they’re going to lose their audience.

Anything people can check out to get a better sense of what they can expect when the tour comes to their area?

We put together a sneak peak trailer video that will give you a great sense of what you'll be experiencing. 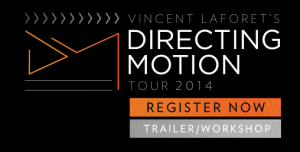