Matt Brandon talks with Pulitzer Prize-winning photographer Deanne Fitzmaurice about her work in still and multimedia. 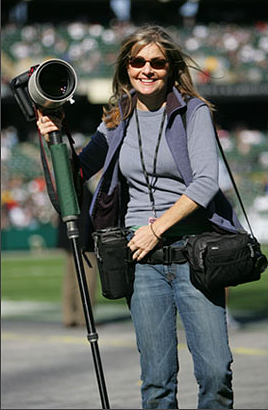 In this interview I speak with Deanne Fitzmaurice about her long career in photojournalism and her new love multimedia. She shared with me how she creates her award-winning multimedia projects, and the back story how Think Tank camera bags was founded.

Deanne is one of 13 photographers chosen internationally to be a member of Microsoft’s prestigious Icons of Imaging program. She is a co-founder of Think Tank Photo, makers of some of the industry’s best camera bags. You can view her work at her website and blog. A taste of her multimedia work titled Family Kocktail can be found at MediaStorm.