Responsive and ease-of-use matters as much as render speed 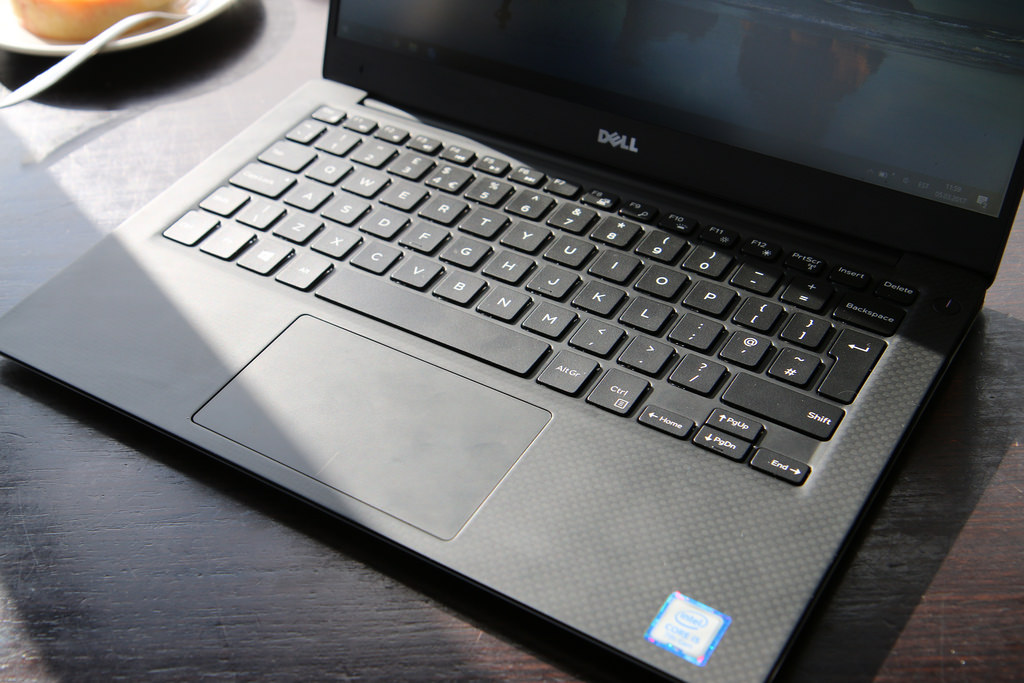 The Dell XPS 15 is usually the PC compared to MacBook Pro 15” and for good reason — it’s attractive, compact and light, full-featured, and powerful. Yeah, it’s cheaper and faster, which is good, but a few downsides might leave some users wanting. On the other hand, Apple’s missteps adding the superfluous Touch Bar and downgrading a great keyboard makes the Surface Book 2 another competitor to the Dell from above, with HP’s Spectre x360 15 putting pressure on lesser configurations.

The higher-end Dell XPS 15 is due for a 2018 upgrade when 8th generation Intel 6-core chips are available, but bigger CPU and chipset changes are coming in 2019, making a full redesign is unlikely at this point. Numerous hardware and OS bugs plagued PCs with Windows 10, so quality testing has been a hurdle — not that OS issues like sleep dimming, headphone plug alerts, and battery auto-brightness can be improved to the user friendly level of ease as on a Macintosh. But things like the Dell keyboard backlight and antiglare screen coating could be improved without hardware redesign.

The XPS 15 undoubtedly renders faster than a comparably equipped MacBook Pro, and more so on comparable models each year back. For me, it was 50-400% faster in Premiere, probably because of OS, application, and firmware updates during extended testing. Plus, Nvidia uses CUDA on the XPS, where with OpenCL on the Mac certain bum effects might slow things up. But practically, responsiveness and ease of use is just as important while you’re actually there using the machine, which is why Apple makes their laptop lids open easily, why they optimize startup and waking-from-sleep time, use industry-leading fast SSDs, and provide consistently good audio and video experiences out of the box, all backed up by the peace of mind provided by quality control and great customer service.

The Dell XPS 15 is a good MacBook Pro alternative, with a great display, power, good Nvidia graphics, a compact lightweight design, and upgradability. But it could be better: responsiveness, ease-of-use, and support matters as much as render speed. Still, the XPS can be $1000 less than a comparable but ultimately less powerful MacBook Pro.

Below are brief impressions comparing the Dell and Apple approaches in features and performance, followed by a good video on time-consuming issues with a certain Dell XPS 15 machine, as well as videos reviews for additional background in case you want more info.

– Dell’s 4k “infinity” screen is quite lovely, with DCI P3 (like the Mac) and 100% AdobeRGB software settings, though some reviewers (see Lisa Gade) were earlier concerned about a hot white-point and recommended careful hardware calibration.

– The Mac screen height is better for After Effects and NLEs like Premiere, allowing users to see more layers or tracks, though Adobe track height adjustment features help with that on the Dell.

– The user-upgradeable Dell SSD is no slouch, but Apple SSDs seem about twice as fast, which is not surprising since they lead the industry. There’s a difference in app startup speeds, noticed especially in launching a render to Adobe Media Encoder from Premiere Pro.

– Dell has the advantage of better GPUs using CUDA, which does make a difference in hardware acceleration of some effects In Premiere Pro. Both Apple and Dell could leverage new Intel Core with AMD Vega hardware in upcoming models, but Dell might lose their edge in GPUs. And Adobe (yes Adobe)  could enable Intel Quick Sync if they were interested in improving render speed on Windows and Mac machines! See comments below for a DYI method on Windows: “Ctrl+F12 > Console > Debug Database View > check box HWEncodeEnable and ISD.IntelDecoder.UseHwAccEncoding”.

See Max Yuryev for a 2017 Mac NLE render comparison, where Apple FCPx trounces all comers, also shown by Justin Brown in late 2016 but with Dell in the mix.

– Dell’s design is mature, compact, lightweight, and sturdy though not as beautiful as the Apple design. Razor copied Apple’s machine design and offers better GPUs, but their screens are not as good as Apple or Dell. Though powerful, gaming laptops are mostly not blessed with wide color gamut and portable designs.

– Dell’s carbon fiber inside surface is a pleasure to use, but it’s also a fingerprint and grease magnet that needs constant cleaning. A white glass version like the 2018 XPS 13 would solve that.

– Opening the laptop is hard on Dell XPS, as if you’re prying open an oyster. Apple and Razor save users time and annoyance in just this respect.

– Dell XPS computers can have touch and pen features, not just a superfluous Touch Bar. Even longtime sometimes Mac users reach across the keyboard to touch the dead screen after a time with mobile devices.

– Keyboards and trackpads had been big Apple strengths, but Apple’s change to shallow clickety-clack keys was a misstep that Dell should avoid. They could instead emulate HP’s Spectre x360 15 keyboard if they slim down.

– The backlight not as nearly good as Apple or Razor laptops, which illuminate each character rather than key. Dell also has a very short backlight sleep cycle with no user controls. It’s annoying to have a click a key or spacebar to turn it back on. Fixing this shouldn’t be difficult and would take away a major annoyance for those who work in caves.

– Dell’s trackpad can be hypersensitive, so its easy to mistakenly move Windows and Premiere interface elements out of place.

– Dell speakers could be improved, even if better studio monitors or headphones are needed normally.

– Eliminating too many useful IO ports would be disappointing, though Dell’s handy dongle adapter in the box might take the sting out of it.

– Apple is a bit better, due in part to the 4K screen on Dell.

– Apple customer service is superior to anything the PC world offers and can extend to 3 years, and Apple stores are convenient for repair and returns. Dell quality assurance was terrible for new Windows OS releases (and other PC manufacturers), but the driver situation has stabilized. It’s a faster life outside of Apple’s walled garden.

– Dell’s prices decrease as the machine ages so that a top current machine with a 512GB SSD is now $1,750 (at Dell), while a comparable Apple is $2600 (not Apple). That’s life inside Apple’s friendly confines.

Check out XPS 15 (9560): 11 Problems You Should Know About! by Friday Thirst. I did not have any of these problems on my loaner unit.

In addition to their great review and video, Notebookcheck posted What we’d like to see in the 2018 XPS 15 9570 by Vaidyanathan Subramaniam.