A bad or inexperienced director kills everything on a shoot

Are you starting to work with directors and/or ADs who haven’t made their way up through the ranks? How is a production and even the industry as a whole impacted when the people up top don’t have the experience they would have needed to have 5-10 years ago?

Directors, yes. ADs, no. Young directors don’t understand the incredible importance of having a seasoned AD to run the show. Old directors hire the old ADs who know how to plan a day with insane efficiency and roll with the punches when the worst happens.

It feels as if we’re returning to the silent film days, where the camera you owned was as important as what you could do with it. I know lots of new graduates from film school who buy cameras and call themselves cinematographers, and while some of them can shoot pretty pictures it all tends to be in the same style: natural light with floaty DSLR-style compositions in a documentary style. The images themselves may be interesting but it’s clear they weren’t planned or created but captured in the moment and assembled not according to a storyboard or script but by however the editor can make them work. 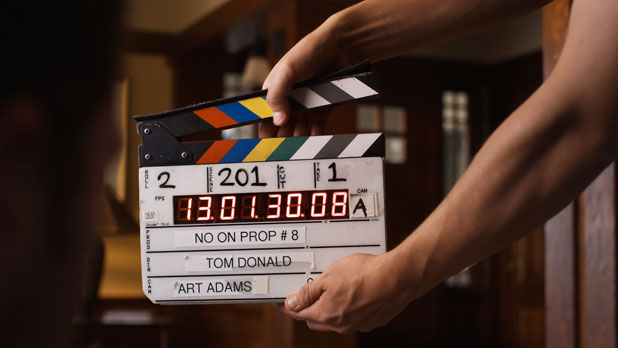 Slate training was my introduction to one of the most important tenets of filmmaking: always think of the next person down the production line.

That’s fine, there’s a place for that. But… if you need to create very specific powerful images with a point of view, how do you do that without searching out that situation in real life and capturing it? How do you create images that tell specific story and capture a specific mood without waiting for the sun to fall into a specific place in the sky, or find that perfect location that says everything you need it to say on its own? If all you know how to do is capture great documentary images, you’re not going to get the job shooting “Gravity 2” because no one is going to send you into orbit to do so.

There’s over a hundred years of film industry knowledge about what to do to solve common dilemmas, and how to work with fellow crew members while doing it. Not working your way up means that you never learn that. Rather than start your career in 2015 and move forward from there you’ll start in 1905—sure, you’ll have a digital camera, but beyond that you’re going to have to reinvent the basics of how the film industry works. Why do that when it’s already been figured out? Why put yourself at that kind of disadvantage?

This is especially true for directors. A bad or inexperienced director kills everything on a shoot. They haven’t seen the several hundred most common mistakes so they are doomed to reinvent them. As one of my mentors told me, “I want you to learn from my mistakes so you can go on to make your own original and more interesting mistakes.”

Some musings about my first RED shoot, when the training wheels come off!

I moved up very quickly early in my career, but I still spent five years as a camera assistant working on features and TV series before I started shooting video and second unit feature projects. In retrospect I had no real idea what I was doing. I knew enough, but I didn’t know what I didn’t know. Now I look back on what I knew then and I’m amazed I was able to do what I did with so little experience. Many of those graduating from college today are buying cameras and starting out with even less knowledge. I think that’s a huge detriment to the industry.