I know you’re supposed to control every aspect of the look in a shot, but how can you do that when you’re dealing with natural light that can and does constantly change?

You don’t. I love the idea that I’m supposed to control everything in the frame, but I can’t. Often I can’t even do that on sets. I do the best I can with what I have, and I cheat.

For example, I tried my best for years to only shoot outdoors in mornings and afternoons, and to only shoot in backlight. That’s how exteriors look best, but directors and ADs can’t always make that work for the schedule. Sometimes we simply have to shoot during the worst part of the day: when the sun is straight overhead, and human eyes turn into racoon eyes. 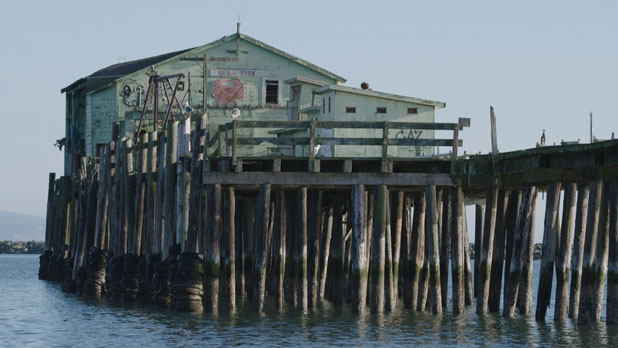 There are a couple of great materials that can fix this. I use half soft frost a lot: it looks like a huge shower curtain, and it diffuses sunlight just enough to soften it not so much that I lose the directionality of the light. It still feels like sunlight, it’s just not as harsh. Best of all, I only lose about a half stop of light when using it so the background exposure doesn’t look significantly different to the exposure under the diffusion. It also creates a beautiful specular highlight in skin that makes it glow.

If I’m working in broken light, such as sunlight coming through tree branches, I’ll switch to a thicker diffusion, like half grid cloth. It’s thick enough that it doesn’t cast sharp shadows (unlike half soft frost, which would soften the light but preserve the shadows cast by the tree) and it becomes the light source. It glows and spreads light around, creating the feel of open shade in what might otherwise have been a very contrasty sunlight-vs-dark shade situation.

Most of it comes down to planning, and working with the director and the AD on scheduling. If that isn’t possible, then it’s time to look at what kind of diffusion and bounces you have handy. There are little tricks such as shooting wide shots in ugly light, where the shot is so wide you can’t see faces clearly, and then cleaning up the faces on close ups, using bounces or small frames of overhead diffusion at close range to reduce contrast. You can also stage action under heavy foliage, looking into a backlit background (which tends to be a bit darker than looking the other direction) and lighting with something as simple as a 4×4 bounce card held in the sunlight. When you’re shooting in the shade it’s amazing how much a small bounce source held in sunlight will light. 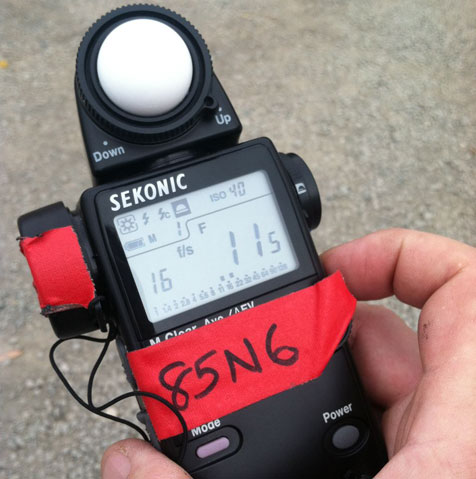 What are Incident Meters Good For, Anyway?