What percentage of technical problems that you run into onset are solved with solutions from the hardware store?

These days I don’t have to worry about that kind of thing, as I’ve usually got a truck or a van of gear that will do the job. In my early days, though… I carried a lot of stuff that I bought at either a hardware store or a fabric store.

There’s a water heater insulation called Reflectix which is like mirrored bubble wrap. It makes the punchiest reflector you’ve ever seen and it’s soft at the same time. It’s not very good outdoors as raw fill because you’ll blind actors pretty easily, but it throws a huge distance and it’s great for creating soft yet punchy pools of light in interiors.

There’s also a form of stiff foam insulation that comes in 4×8 sheets and has a shiny protective skin on it. You’re supposed to peel the skin off before you install it, but if you leave it on you’ve got a poor man’s shiny board. I wish I could remember the name of the stuff. 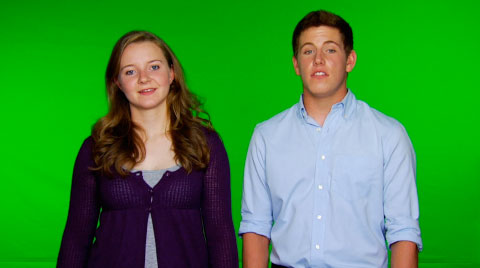 I’ve bought yards of bleached muslin at fabric stores as both diffusion and bounce material. I use it more often for bounces as it passes a little hard light when used as diffusion and I don’t often want that, but as a bounce it’s a wonderful matte surface. I first saw a DP use it on a feature while shooting on a blacktop road: he laid pieces of it on the blacktop to get some fill up into the actors’ faces, which would otherwise go black due to the lack of bounce from the road. I’ll tape muslin to walls or lay it on floors and bounce light off of it. The quality is wonderful, and it’s cheap, easy and fast to install.

I’ve also bought yards of grid cloth/sail cloth, which is a wonderfully thick diffusion material. And, lastly, black lace with frilly patterns works great as a breakup pattern on dull backgrounds, either clipped to fresnel barn doors or hung on a stand in front of the lamp. (Bonus point: use TWO layers of breakup separated by a distance of several feet. The two patterns will interact and give you some crazy cool lighting effects. Shake one of the patterns to create the feel of a gentle breeze through curtains.)

The two most used items in my tool kit weren’t bought at a hardware store, but are still very simple: a 6×6 grid cloth and a 6×6 half grid cloth. I bought them from Matthews early on in my career. I’ve used them on broadcast jobs, corporate jobs, doc jobs, you name it. I don’t use them often anymore as I can get them off the grip truck, but I’ll still pull them out occasionally if I do non-profit work on a budget. Tieing them to two light stands creates an instant soft key or bounce that makes everyone look great. 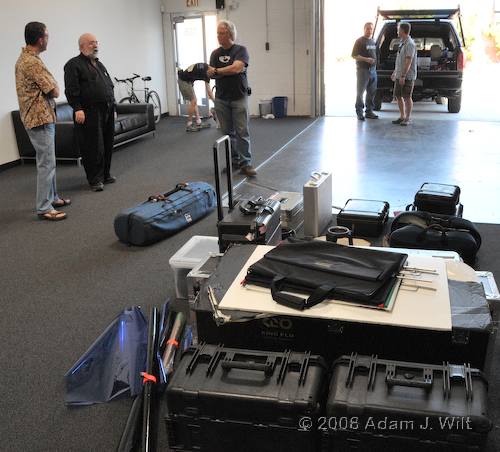