For some reason, unbeknownst to us mortal editors, Final Cut Pro X doesn’t allow you do make an audio dissolve right out of the Transitions browser. Editors know how essential a 4, 5, 6 frame dissolve can be to smooth out a frankenbite or just how handy that can be when mixing audio in general. But such an audio-only dissolve is possible with this free plug-in from Alex4D (aka Alex Gollner). This might be the most useful thing you’ll download for FCPX this week.

Alex dropped a Quicktip upon us earlier in the #28daysofquicktips but the use of his audio-only dissolve has been so helpful to me on a recent edit I wanted to make it a Quicktip of its own. We all know it is possible to cross fade audio in FCPX you just have to do it with fade handles by building the overlap yourself. It’s way more time consuming than it needs to be and will undoubtedly get fixed in some future FCPX update but until then download Alex’s Sound only transition and install the thing. You’ll wish you’d had it from FCPX day one. 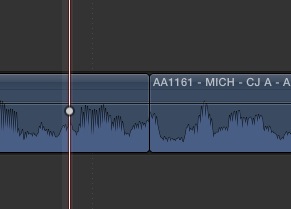 This cut needs a bit of smoothing in the audio. 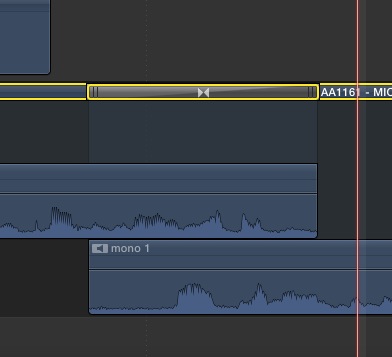 Drag the Sound Only transition onto the cut and when you expand the audio you can see how the transition overlaps the audio. 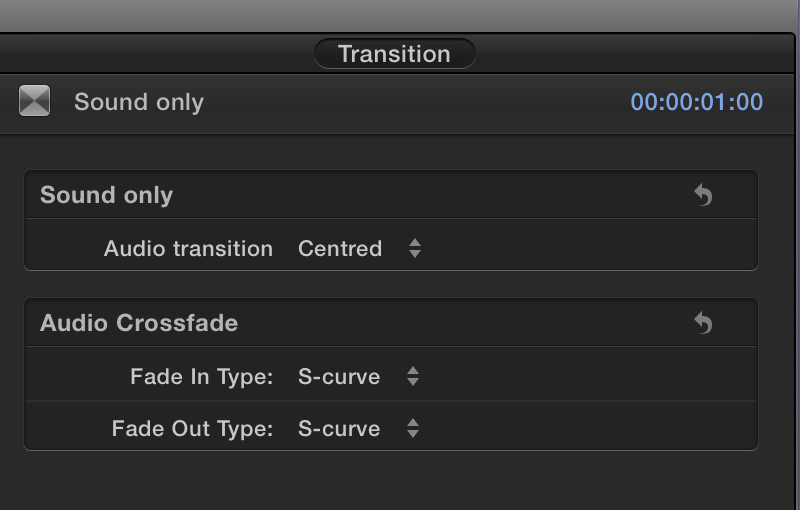 Hit the Inspector for options to tweak the Sound Only transition.

Don’t be alarmed that you see transition icon as there is no actual video dissolve happening. It just has to be that way I supposed to get the audio-only transition to work. Note that if you move an edit to a system that doesn’t have this Motion Template installed you’ll see a red item missing icon until it is installed. Thanks to Alex for making this thing.