What I miss more is the way of working

Do you ever miss the look you were able to achieve with film?

When I first started shooting video I found myself backlighting a lot more than I did video. It took me a while to figure out why. Film is high resolution in a couple of ways: it sees a lot of detail in images, certainly, but there’s a subtlety of tone and color that video didn’t evidence for quite a long time. 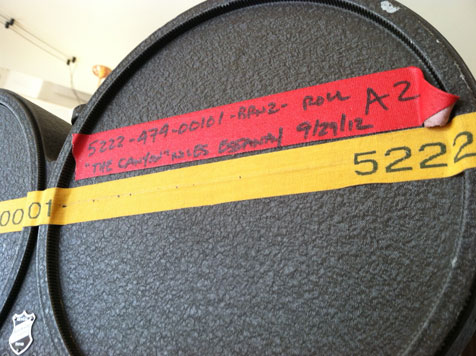 Why I’m Going to Miss Film

That filmic combination of fine detail and rich color meant it was less necessary to “pop” people and objects out from their backgrounds using back and edge lighting. Subtle differences in hues and textures did that for me. Video, though, did none of these things. The color gamut in NTSC was limited and the resolution was low. For that reason I used a lot of back and edge lights to separate objects to prevent objects from mushing together.

We’ve reached the point in HD where I don’t have to do quite so much of that anymore. Alexa is basically digital film: it’s not exactly the same thing, but it’s damned close to the point that I feel I can work much the same way. Other cameras offer the same benefits to varying degrees. I’d say that DSLR video is the closest format to needing that extra “pop” as the resolution is very low due to line skipping, and the files are heavily compressed, but otherwise we’ve generally reached the point where the detail in the images is comparable to film, and—in some cases—the color is nearly as rich and subtle.

It’s still important to expose HD correctly. In film there was some leeway: you could be off by as much as a stop and still pull back a usable image, although if you were a stop under the image would likely show a bit of grain. In HD I find that my exposures have much less leeway, especially with the lesser cameras. Alexa is very forgiving, but the first generation of Canons and earlier generations of Sony cameras really needed to be dialed in. (Early on the most commonly asked question by DPs at HD workshops was, “Am I better off overexposing or underexposing HD?” The response was always, “Neither. You have to get it right the first time. There is no leeway.” At the time the most commonly-used camera was the Sony F900, and there really was no leeway.)

With film I could light by eye, take a couple of meter readings, determine a stop and shoot. I knew that whatever came back from the lab would look better than I expected. In HD I often find myself staring at the monitor and thinking, “Why doesn’t this image sing?” Sometimes it’s the camera. Often it’s the color. Occasionally the monitor isn’t that great, and it’s difficult to know what one is getting without a good monitor. In film, experience alone was enough to tell you what you’d capture. In HD you really need to see an image to have an idea of what’s going on. Every camera is both a film stock and a lab. There are plenty of ways to screw things up. The best way to see if something is wrong is to see an image. That didn’t happen in film.

This occasionally bites back. On a recent job I noticed that video playback looked darker and more contrasty than what I shot. At some point I punched up the waveform on the monitor and noticed that, in live view, blacks were seriously lifted, but they were fine on playback. I did some troubleshooting with the VTR operator and discovered that he had routed the signal in such a way that his rig was adding NTSC setup (7.5 IRE) during the live view but removing it during playback! I couldn’t see the lifted blacks on the on-set LCD monitor because LCDs tend to be a bit milky anyway, but that added boost to the blacks made my exposures appear brighter than they really were. I could only see the difference when was able to compare the live view and playback directly. 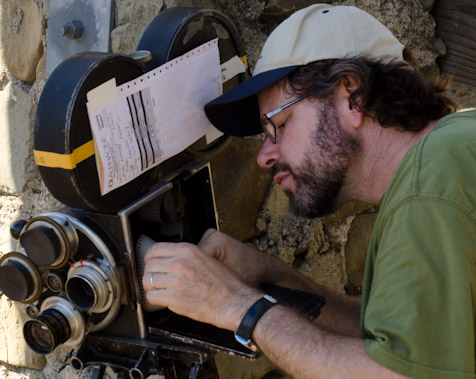 So… I miss the look to some extent. What I miss more is the way of working. I’m using my meter more and more with HD to try to bring back the kind of consistency in exposure that I had when working in film. I’m trying to light by eye before I look at a monitor. I’m trying to see HD the way I used to see film, because it’s a very disciplined way of working and it’s helpful to be able to light a set without a camera present. But, look-wise, Alexa shows me that we are at a point where electronics can capture the kind of subtlety and beauty that made film unique. It’s not the same look, but it’s possible to achieve equal quality.