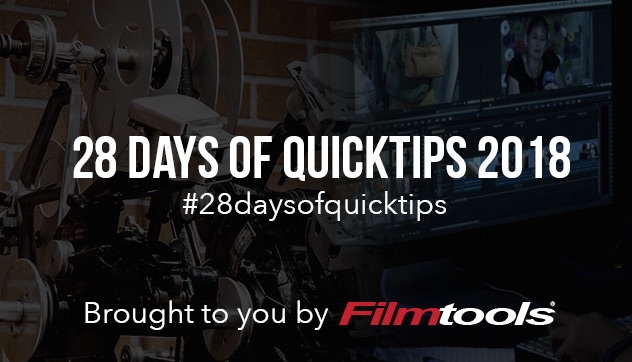 While all the three major NLEs have a tool made for importing media into a project both Final Cut Pro X and Avid Media Composer tend to like to have (or want you to use) managed media in that you can move or transcode into an FCPX library or transcode into an Avid friendly OP Atom format stored in the Avid MediaFiles folder. While you can choose to always ingest when importing media into Adobe Premiere Pro it’s less dependent on creating new managed media than the defaults for FCPX and Media Composer.

Import without the import window in FCPX

This tip came about after a recent FCPX discussion on a Facebook group and someone tagged me and said that would make a good QuickTip and indeed it is. It was mentioned by editor Thomas Grove Carter and he’s arguably one of the highest of the high end FCPX editors out there … though I like to refer to him as a great craft editor who prefers to use Final Cut Pro X. Here’s the tip:

When dragging media into the browser from the finder. Hold down ALT/OPT/⌥ and it will override the preference for leave in place/copy media.
It does the opposite of what you have set in preferences.

I have my preference set as “leave in place.” But if I’m getting graphics/music from the downloads folder during the edit I hold down alt to override so it copies the media to the destination I’ve set. Rather than having to manually move it to my job folder/drive.

The green plus shows that it’s importing.

The curved arrow shows that it’s referencing.
This is a great tip and it’s exactly the way I work. I usually always tell FCPX to leave media in place.

Media Composer functions in much the same way. If you were to drag a clip from the Finder into an Avid bin then Media Composer will attempt an import of the media based on what you have in your Media Creation settings.

But if you want to override that drag import then hold down the ALT/OPT/⌥ key while dragging the clip into a big and Media Composer will Link To that media instead. In newer versions Avid has nixed the whole AMA Avid Media Access nomenclature as it’s now just called linking or link to.