The CUBE 1200 is bebob’s new multi-voltage battery for exceptional power, a versatile solution for high-performance devices such as the popular ARRI SkyPanel S60, or cine cameras from RED to Alexa. 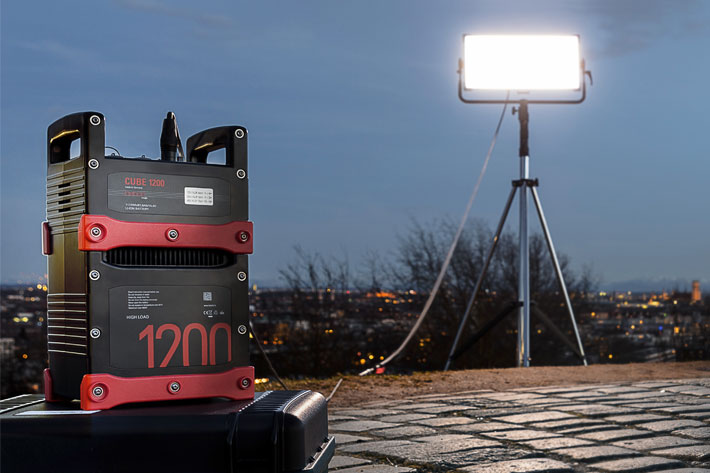 Able to run  a ARRI SkyPanel S60 at maximum power for 2.5 hours, the new bebob CUBE 1200 is a large-capacity battery in a small package; it weighs only 8.95 kgs with charger and built-in components.

Munich-based power and accessory maker, bebob, introduced a new solution for filmmakers on the move who need a solution to power their gear. The CUBE 1200 Li-Ion battery offers lighting, cameras and other energy-hungry devices a capacity of 81.6Ah and 1176Wh—enough to run an ARRI SkyPanel S60 for more than 2.5 hours at maximum (420W) power. It is equally adept at providing up to 150W 24/48V output power to operate top cine cameras from REDs to Alexas. Yet, unlike heavy and bulky block batteries of similar capacity, the CUBE 1200 weighs only 19.8 pounds/8.95 kilograms, including an integral charger and other built-in components.

The CUBE 1200 is a large-capacity, multi-voltage battery that can provide voltage from 5V, 12V, and 24V up to 48V – making it a versatile solution for high-performance devices such as the popular ARRI SkyPanel S60. While traditional batteries will only operate this particularly powerful LED panel at half performance, the CUBE 1200 delivers sufficient energy to let the SkyPanel reach, as mentioned above, its full potential (420W) – for over 2.5 hours. Thus, the CUBE 1200 can revolutionize mobility by eliminating the need to work plugged in—even with large, power-challenging equipment. 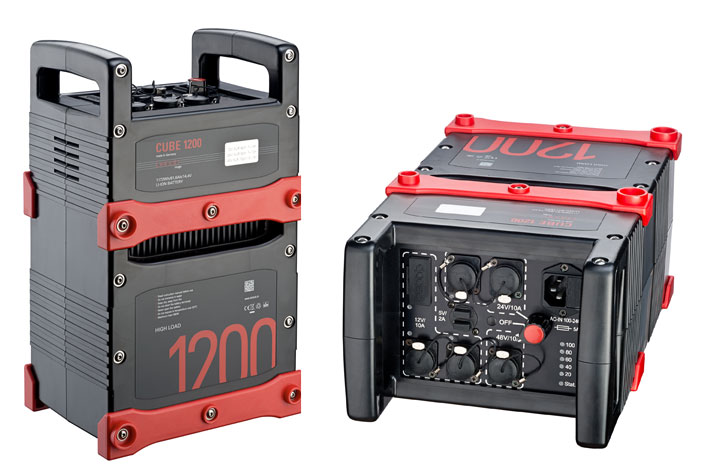 A battery you take everywhere needs to offer more than power, because it is, many times, the only source of energy available. That’s the reason why bebob designed the CUBE 1200 with numerous connections and a built-in charger. In fact, this is a solution ready for versatile on-set and on-location applications, featuring numerous connections for all traditional cameras and lightings: among others, three 12V outputs (1 x D-Tap, 2x XLR), two 24V outputs, and one 48V output (all XLR) are available. In addition, 2 USB outputs (5V) allow external devices like smartphones and tablets to be charged and operated. A convenient benefit of the CUBE 1200 is its integrated charger, accepting 90-264V/47-63Hz AC in, for an 8-hour full capacity charge time.

With mobility and robustness as key goals during the design stage, the CUBE 1200  offers a light weight  that makes it easy to transport, but also features a small footprint of 8.2”/20.8cm wide x 14”/35.6cm high x 6.5”/16.7cm deep,  meaning it conveniently accommodates space-restricted sets. Operators also appreciate its dual integrated top handles, raised feet, and ready access to all outputs and functions.

Engineered and handcrafted in Germany to the highest specifications, the bebob CUBE 1200 offers a 2-year warranty for 80% capacity. It is housed in a rugged enclosure and built for long life. A modular design provides for easy service, and after years of work when cell capacity becomes insufficient, the bebob CUBE may be re-celled. 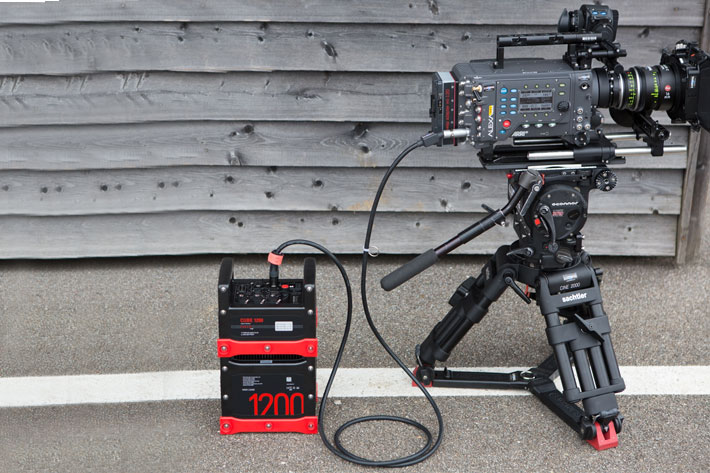 Reports from the field have been positive, says the company. According to an Industrial and Scientific Imaging Specialist at a major automotive manufacturer in the U.S., “The bebob team has done an excellent job on their products. We were able to test several bebob CUBEs, and now use them on a daily basis to power multiple devices at the same time. They are absolutely great for our high-speed applications.” 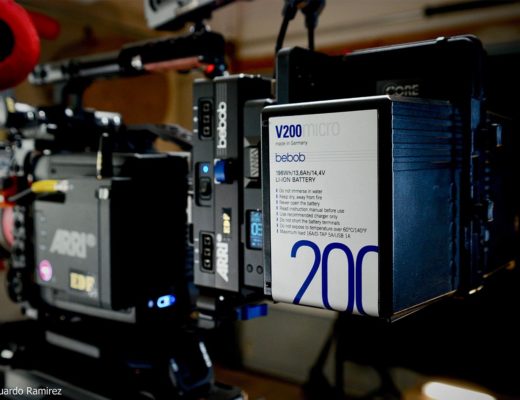 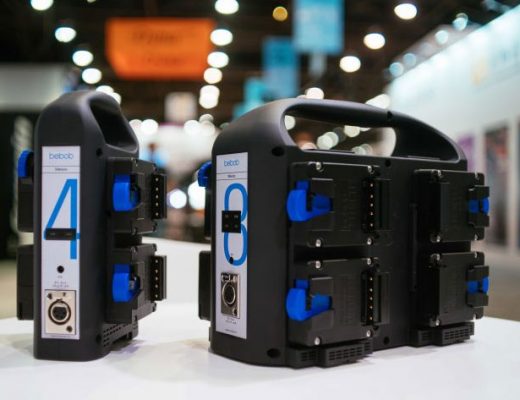 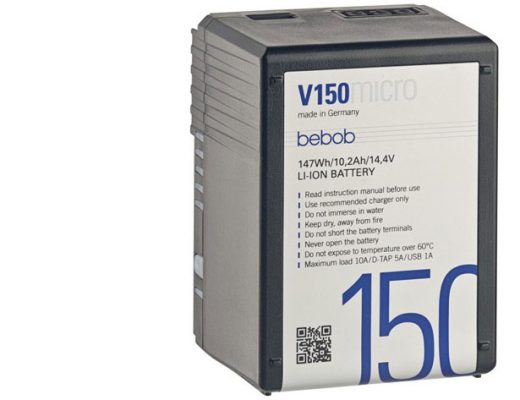