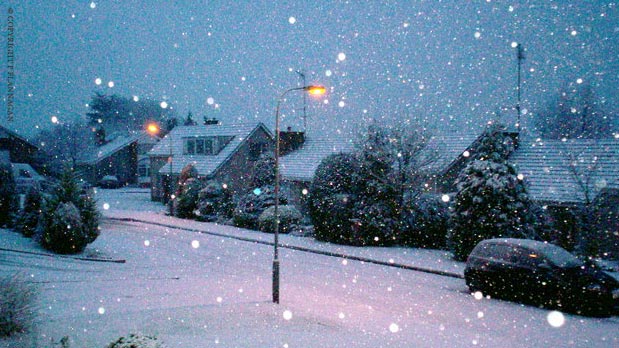 You can use dedicated snow filters or particle systems to create snow that can be stylized or realistic, or something less successful. There are filters built into After Effects like CC Snow, CC Particle World, and Particle Playground — or you can use 3rd-party filters like Trapcode Particular (which is AE 3D camera-aware), Boris FX Snow, Cycore FX HD Snowfall, DigiEffects Delirium Snow, and GenArts filters.

If you use an older snow filter like CC Snow, for more realism you might try multiple layers or filters, as well as lessons learned in tutorials for other filters. By the way CC Snow worked in Premiere Pro at some point, so that might still be an option. For more, see Using Cycorefx Plug-Ins In Premiere Pro And After Effects.

Not that templates or stock footage need be expensive. You could also (gasp) shoot your own footage – or even try Projector Snow, which earned AE guru Brian Maffitt mention in Wired and everywhere else too.

There are many, many tutorials for snow-related effects that can be used straight from the free projects or mimicked easily, even if you haven’t seen snow in years. First, to help with a forum question, here’s Michael Park on how to make snow stick (see also Maltaannon, pictured left, and Angie Taylor (in Happy Holidays After Effects Presets) on Particle Playground’s Persistent Property Mappers; Particle World should work too, with caveats):

Here are a few embedded video tutorials (bottom) and links to more:

* An After Effects Christmas from the Genesis Project uses the CC Snow effect.
* Church Media Design had its own take in Episode 121: Let it snow inside After Effects, which at 12:30:00 shows how to create looping snow inside AE with CC Particle World (video embedded below). They also have a few free looping backgrounds.
* How to Create Snow in After Effects CS 5.5 #1.05 by Mike Gentilini, Jr. uses Trapcode Particular (video embedded below).
* Looping a Particle System from Aharon Rabinowitz and Red Giant & Adobe TV uses Trapcode Particular and Starglow to create a stylized holiday snowstorm (video embedded below).
* After Effects and Particular: Free snowflakes background from Motionworks.
* Snow Globe in After Effects CS4 from J Schuh and Layers Magazine uses Particle Playground.
* Creating a Snow Globe in After Effects by Rob Mize.
* Making the Snow Globe by Michele Yamazaki uses snow stock footage.
* Frosty Breath and Glass Snow Orbs from Video Copilot.
* Freeze Your Logo With A Snowy Transition from Eddie Bogdanov uses Trapcode Particular (you can work around using Cinema 4D).
* Creating a 3d Winter Scene with Photoshop and Particular by Michael Park — doesn’t really have snow.
* Particular Basic Training Session FOUR: Sticky Snow by Michael Park — really does have snow!
* Creating Realistic Snowfall in AE CS3 from DVPA uses the Foam filter built into AE.
* Realistic Snow Tutorial in After Effects by James Polits uses the built-in Particle World plug-in, and shares the project.
* After Effects: Snow!, by Robert’s Productions, uses the built-in Particle World to quickly render snow for compositing into Premiere or Sony Vegas.
* Particle World Transitions: Part 1 by Rob Mize could generate ideas for sticky snow, or accumulating or melting snow.
* Quick Tip – How To Achieve Realistic Snow Fall by Chandan Kumar in AEtuts used Trapcode Particular.
* Red Giant Particular Tutorial – 27FX by James Crawley creates snow.
* How to Create Snow in Adobe After Effects (Trapcode Particular) by TutorialGrid
* Integrating weather into a composting can be tricky if you’re ambitious. While not on snow itself, keep in mind Climate: Air, Water, Smoke, Clouds in After Effects, a sample chapter of After Effects VFX Studio Techniques by Mark Christiansen. See also Daniel Broadway on tips for compositing fog or mist into a scene.
* Harry Frank’s Holidays for Particular is a $69 Guru Preset Pack from Red Giant People that features 175 seasonal elements like snow, stars, ice, light and ornaments. There are numerous other one-off templates and presets available over the web if you have the time to search and preview.
* Happy Holidays After Effects Presets by Angie Taylor includes animated Christmas lights, a 3D snowstorm with CC Particle World, and sticky snow with Particle Playground’s Persistent Property Mappers. All done without extra 3rd party plug-ins.
* There are a number of free project templates and pre-rendered movies, including ones by Bluefx.net (+ snowstorm), Freeworshiploops, Engageworship, etc.
* Do-it-yourself methods are often easy and more realistic, as Chris Meyer notes in Let It Snow Eye candy: A quick shot at photographing falling snow. Similar thoughts come from Snow Particles by Andrew Kramer, who used his free practical effects flour particles. William J. Meyer showed something similar in 2008 in WiP: Let it Snow, Let it Snow, Let it Flour.

That may seem like quite enough, but for additional holiday resources and maybe additional tutorials, see The Ultimate Christmas Roundup! by Topher Welsh from 2009.

Eran Stern shared Jack of All Trades, Master of Expressions, a cartoon Shining view of Christmas where “Eran shows how to create a jumpy and squishy animation using the power of expressions.”

Covered with Snow by Mylenium is a free AE project file with accumulated snow on top. See also Creating a Winter Scene from Paul Barrett.

Kevin Gater used Trapcode Particluar in a 2014 tutorial, Realistic Snow in After Effects. 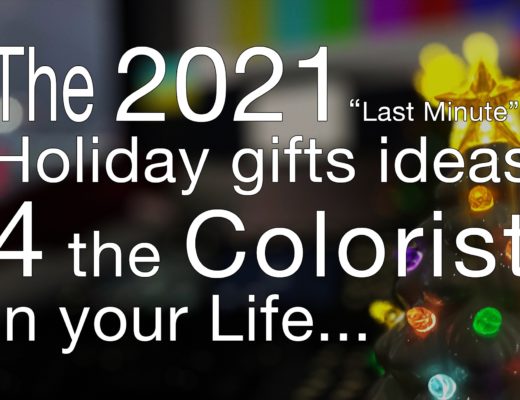 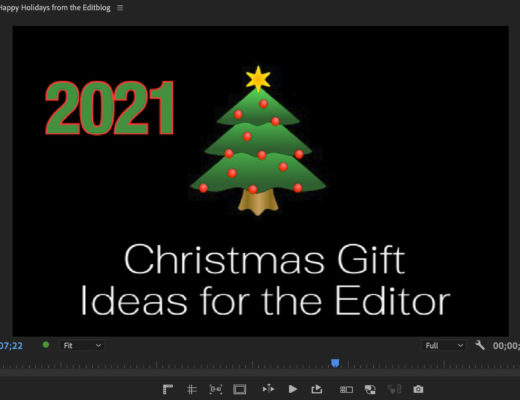