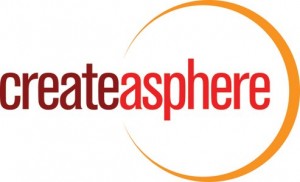 Featuring a top lineup of experts from across the spectrum of knowledge, the Post Production Master Class is an in-depth, interactive opportunity to spend time looking at the most compelling issues and latest information with those in the process.

Kristin Petrovich, President of Createasphere said, “Post production has become a growing, evolving part of every aspect of the creative process now, from pre production, visual effects, on set, and then finishing. Developing the Post Production Master Class is a goal for us, because we see it as an incredibly important aspect to our audience’s knowledge.

The schedule and speakers are as follows:

How Emerging Tools and Technologies Are Changing the Pipeline: From On Set to DI and Beyond

Keynote Panel – The Editors
Meet some of the most prolific and influential editors in NYC discuss the creative process and keeping up with the technology.
Bill Pankow, ACE and moderator Vinny Lobruto

The Democratization of Tools: How the Post Production Environment is Changing

Createasphere was founded in 2001 as HD EXPO, and over the past decade has grown into a global company that develops and presents influential events for the content creation community, on line and face to face. Founded by Kristin Petrovich Kennedy in Los Angeles, Createasphere became part of Diversified Business Communications in 2009, now driving their entertainment strategies and properties division. Currently Createasphere is presenting the Entertainment Technology Expos in New York and LA; the Digital Asset Management Conference in New York, Los Angeles, and Europe; The DAMMY Awards in New York; Cinema India Expo in Mumbai; the online news and content portal http://creativeprocoalition.com/; 3D Road Shows; and Post Production Master Classes.