Coyote Post, a full service post-production studio in Hollywood, has been busy since we checked in with them a year ago. In addition to winning a Cannes Lions Award for the “Wake Up & Smell the Bacon” campaign for Oscar Mayer, a collaboration with production house Dirty Robber, the studio also moved from Silver Lake in Los Angeles to a beautiful new space in East Hollywood. The talented team of freelancers at Coyote Post continues to push the limits of creativity, using Adobe Creative Cloud for editorial, color, and VFX work. Executive Producer Rik Michul and Post Production Supervisor Julie Hansen updated us on the company’s amazing year.

Coyote Post, a full service post-production studio in Hollywood, has been busy since we checked in with them a year ago. In addition to winning a Cannes Lions Award for the “Wake Up & Smell the Bacon” campaign for Oscar Mayer, a collaboration with production house Dirty Robber, the studio also moved from Silver Lake in Los Angeles to a beautiful new space in East Hollywood. The talented team of freelancers at Coyote Post continues to push the limits of creativity, using Adobe Creative Cloud for editorial, color, and VFX work. Executive Producer Rik Michul and Post Production Supervisor Julie Hansen updated us on the company’s amazing year.

Adobe: What’s the latest with Coyote Post?
Michul: The last year has been a bit of a blur. We’ve worked on several hallmark projects, including the documentary Kobe Bryant’s Muse, several music videos and commercials, and also completed effects and color work for two indie features. 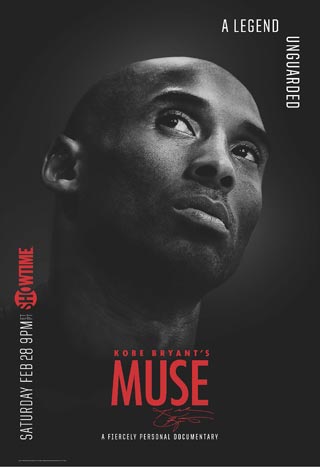 Adobe: Which projects are you most proud of?
Michul: One of the most rewarding projects is Kobe Bryant’s Muse. It took a full year to complete because it evolved as we went along. At first, we were doing more video interviews with players and coaches. Then, Kobe really got into it and decided we should make the documentary more personal and tell the story from his perspective—and we agreed.

Many people think of him as just a basketball player, and as being one-dimensional and egotistical. We decided to reveal his career, rivalries, mentorships, and ups and downs both on and off the court. The documentary shaped into a much better film telling a more intimate story of a multi-faceted individual. A big success, it became one of Showtime’s top three most-watched documentaries and the network’s biggest sports documentary ever.

Adobe: What was the workflow for Kobe Bryant’s Muse?
Michul: It was a bit complex because we had six to seven editors working on the film. We were all combining several video sources: b-roll and Errol Morris-style black-and-white interviews shot on RED and Canon EOS C300 cameras, as well as historical and game footage. We used Adobe After Effects CC for title and graphical sequences, and Adobe Premiere Pro CC for non-linear editing. With Premiere Pro, we were able to bring everything together, regardless of the systems our extended team was using. 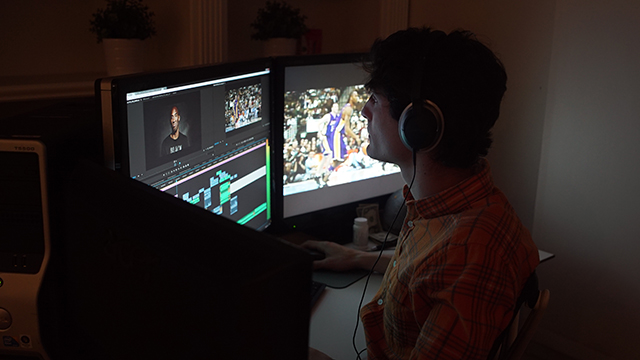 Adobe: What types of projects do you primarily focus on?
Hansen: We mostly do commercials and music videos. Half the time we take a video from production through to post and finishing and the other half we just doing finishing, color, visual effects, and delivery. We do all onlines in Premiere Pro and that’s been working really well.

Adobe: Tell us about some recent commercial projects.
Michul: We created a series of spots for an auto show for Hyundai that featured drone footage from Chicago, Detroit, New York, and Los Angeles. The shots showcased the beauty of driving the cars in and around iconic buildings and geographies in the cities where the auto shows were hosted. Some spots had more of a slick city vibe; others were more outdoorsy. We didn’t actually shoot the cars driving in the settings, but instead used Premiere Pro to cut drone footage together with driving footage to make it look as if the cars were actually there.

Hansen: The content was displayed on huge wall-sized installations. We had so many different types of media—supplied media from Hyundai, drone shots, and stock footage. I can’t think of a program we could have used other than Premiere Pro because it handled those different media types so well. The project turned out well and looked great on the big screen. Our main limitations were the media. In some cases we were working with lower resolution media for a very large format deliverable. Having Premiere Pro interpret the footage to certain frame rates, handling H.264, ProRes, and DNX HD codecs was definitely a big plus for us.

Michul: We also created in-store spots for Hurley and Nike, a mini-documentary for Under Armour, and the Levi’s “Made of Progress” campaign that communicates the company’s commitment to the environment.

Hansen: For the Nike Plus running app commercial we did all post-production. We edited it in Premiere Pro, created a graphic package in After Effects that goes over the top of the commercial, then went back to Premiere Pro for delivery. Hurley generally provides us with an edit and asks us to jazz it up a bit. For example, we may create a color treatment in After Effects involving roto scoping and filters. 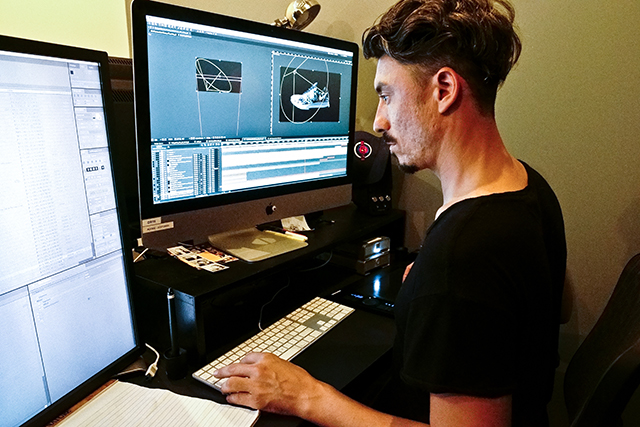 Adobe: Any other projects of note this year?
Michul: Outside of the commercial arena, we’ve worked on two indie films, LA Slasher and Ktown Cowboys, and music videos for Ricky Martin, Gwen Stefani, and Ariana Grande. We also used After Effects to create the title and graphics package for Bullseye, a stunt competition show for Fox TV. I know I’m forgetting some of the work we’ve done since we last spoke. If I look at the numbers, we did more than 300 jobs last year.

Adobe: How many people are working on all those projects?
Michul: Full-time we have five people, but we work with several talented freelancers. We also continue to team up with our sister companies Dirty Robber and Flawless FX. Adobe Creative Cloud really helps with handoffs and collaboration. All of our editors have switched to Premiere Pro. Even if we work with a contributor using another editing platform, we can bring everything together seamlessly in Premiere Pro, including effects created in After Effects.

Adobe: What are some of your favorite Creative Cloud app features?
Hansen: The ability to track masks in the Video Effects panel in Premiere Pro is great. Everyone is always impressed with how well it works and it’s a nice shortcut when you have to quickly blur out a sign or face in the background. Being able to do this work in Premiere Pro, where we’re already doing the online, rather than switching to After Effects and asking an artist for help is a big time saver.

We also use Adobe Media Encoder CC daily for sending out review links to clients. It helps us get H.264 encodes looking really nice. The ability to add timecode or file names at the click of a button in Media Encoder helps speed up our export for review process.

Adobe: How has Creative Cloud helped you over the last year?
Michul: I’d dare to say this has been a breakout year for Coyote Post. We are getting new opportunities and higher-end clientele and I think that has a lot to do with our Adobe workflow. Creative Cloud apps are very comfortable and enjoyable to use and the workflow is streamlined so we can create more freely while still staying efficient.