SSDs are already faster than HDDs, but SSDs on PCIe are even faster. CORSAIR Neutron NX500 NVMe PCIe SSD AIC is a new solution to explore by content creators. 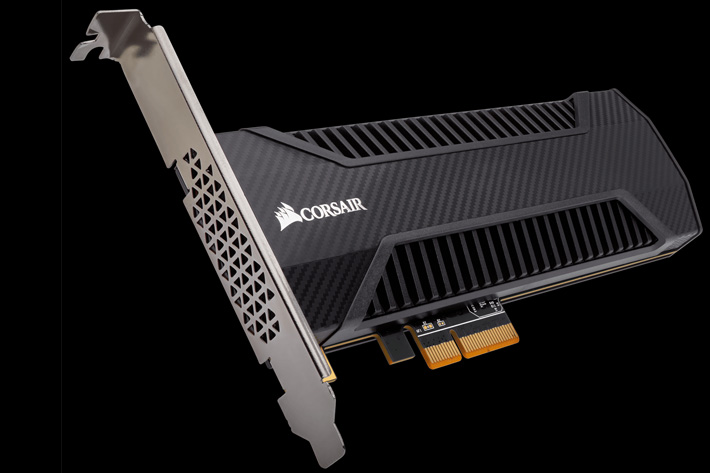 The CORSAIR Neutron NX500 NVMe PCIe SSD AIC boasts performance up to five times faster than traditional SATA 3.0 SSDs, connecting to your system via an available PCI Express 3.0 x4 slot.  What are you waiting for?

Speed, that’s what you’re paying for when you buy  a CORSAIR Neutron. The NX500 boasts performance up to five times faster than traditional SATA 3.0 SSDs, connecting to your system via an available PCI Express 3.0 x4 slot.  Achieving up to 3,000MB/sec sequential read and 2,400 MB/sec sequential write speeds, or 300K/270K IOPS random read/write, the NX500 is the fastest SSD CORSAIR has ever produced, and is a sign of the way data storage is going these days. As we moved from HDD to SDD, because they are faster, we will move for even faster ways, as the one available through PCIe. Everyody knew it was just a matter of time until the SSD became faster. It is happening now, although you may want to wait a while more if you don’t need all that speed.

Already available in 400GB and 800GB capacities, with 1,600GB available by the end of August, clad in a custom-designed high-surface-area heat sink, the NX500 is engineered for speed and all-but eliminates performance thermal throttling thanks to temperatures up to 20°C lower than m.2 PCI Express NVMe SSDs. Whether you’re editing video, transferring files or loading the latest games, the NX500 has, claims CORSAIR, the cooling, style and performance to make sure both you and your system never fall behind.

Connecting to your PC using an available PCI Express SSD 3.0 x4 slot and using the latest NVMe interface, the NX500 unlocks the bandwidth of the PCI Express slot, eliminating bottlenecks by putting your data in the fast lane. Thanks to this high bandwidth, the NX500 is built for professional users and easily handles demanding productivity, content creation or gaming workloads.

For those that need even more protection or control, the NX500 is also fully compatible with the CORSAIR SSD Toolbox software utility, providing in-depth support for over-provisioning, Secure Erase, disk cloning, and firmware updates. Users can also monitor S.M.A.R.T attributes and overall SSD health, all from their PC’s desktop. Paired with dedicated support from CORSAIR’s customer support team and a comprehensive 5-year warranty, the NX500 pushes the limits of SSD performance with style.

HyperX announced that its HyperX Predator DDR4 memory was used to set a new overclocking world record for the...