The web is full of opinions about the new Canon EOS C700 or the Sony FS7 II. Hugh Brownstone did something different: he asked Tim Smith from Canon and Juan Martinez from Sony to explain the new models. 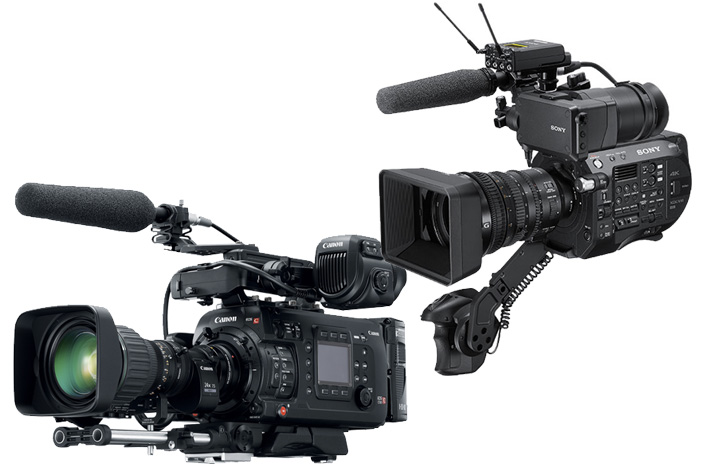 Last September Canon introduced its new EOS C700. This November Sony presented the FS7 II. You’ve read all about them, now listen to people from both companies explain what they do.

If you were expecting a x versus y for cinema cameras this is not the place. There are no discussions about which camera is better or bigger. The aim is to offer some 60 minutes of information divided in two videos. The first has Tim Smith, from Canon. The second offers 27 minutes of conversation with Juan Martinez, Product Manager from Sony.

While you may not agree with all that is said, the conversations do highlight some of the aspects of the models, and reveal why they were developed. We’ve mentioned both cameras here at Pro Video Coalition in articles published in September about the EOS C700 and November about the Sony FS 7 II. Both articles will give you info about the cameras, but the videos take the discussion to a whole new level.

Hugh Brownstone, from Three Blind Men and An Elephant Productions, guides the conversations, and his experience in multiple fields transforms the videos into unique moments of discovery of both models. I would add that they also reveal the pleasure that can be had from a civilized conversation.

Again, you may not agree with all that is said, but you’ve to remember these videos come from Three Blind Men and An Elephant Productions.

The name of the company refers to a popular tale which you fin on its website front page. The tale tells us of three blind men who come across an elephant, and find the animal to be different things: a trunk, a snake and a broom. The moral of the story is simple: One person’s subjective truth may not be another’s truth, let alone the whole truth or even any part of the truth.

So, whit this in mind, just sit down and, if the subject interests you, listen to Hugh Brownstone, Tim Smith and Juan Martinez. In the end you may draw your own conclusions. Or truth.