The new cameras for the Cinema EOS System from Canon introduce a first: a global shutter. Available on one of the versions, it is not the only new feature. For the first time there is also support for the Apple ProRes format. And more… 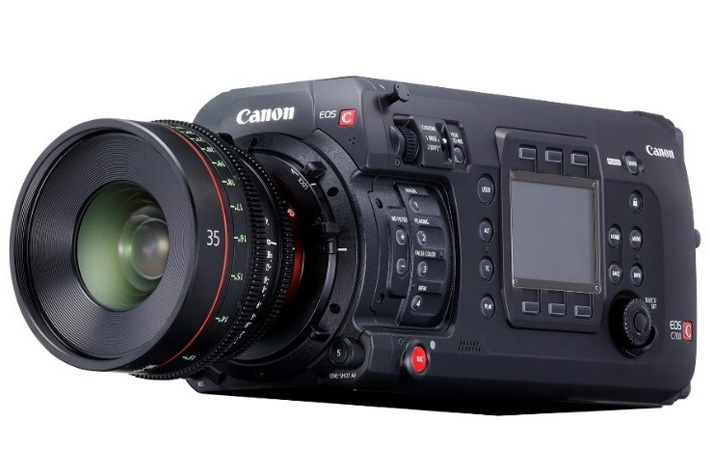 The two new flagships in the Cinema EOS system are ready for the 4K generation, enabling high-end production houses and broadcasters to intuitively and easily shoot with a wide dynamic range, in supreme quality, says Canon.

The EOS C700 cameras capture creative slow motion 4K video footage internally with high frame rates of up to 59.94P/50P and 2K up to 200p/240p (sensor crop mode), or 4K RAW up to 100P/120P, to the  optional dedicated and dockable CODEX RAW recorder CDX-36150, developed in collaboration with Canon.

The two cameras represent a new direction in terms of the shape of the series. Building on the Cinema EOS System range, the powerful video cameras are modular in design, to adapt to all shooting requirements and include support for the Apple ProRes format for the first time. Designed for fast-moving subjects and action scenes, the EOS C700 GS PL is also the first Cinema EOS camera with a global shutter.

Created with cinematographers and high-end broadcast production professionals in mind, both models deliver the versatility that the industry demands using a Canon Super 35mm CMOS sensor with a maximum pixel count of 4.5K (EOS C700 GS PL at 4.2K) to record 4K DCI or 4K UHD up to an incredible 810Mbps. Canon says that 4.5K RAW recording will also be supported following a firmware update (to be released at the end of March 2017).

Combining the sensor with triple DIGIC DV5 processors, documentary makers can capture natural history and compelling stories in incredible detail, delivering spectacular high-resolution videos with low-noise and shallow depth of field. Together, with a high ISO of up to 102,400 and built-in ND filters, with up to 10-stops of control, both models offer enhanced flexibility and stunning cinematic detail, in even the most challenging of lighting conditions. 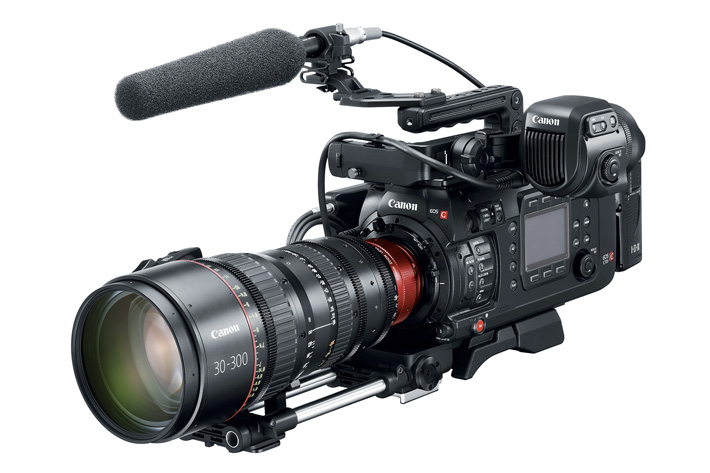 The EOS C700 EF’s Dual Pixel CMOS AF is incredibly effective at locking onto and tracking a subject allowing the camera operator to concentrate on framing the shot, making it easier for news reporters to film accurately on the move. Operators on drama productions will appreciate the acclaimed Dual Pixel Focus Guide feature, which is ideal for greater control and accuracy. Supporting Canon Log 3, Log 2 and Log Gammas, the EOS C700 (EF/PL) is capable of recording up to an incredible 15-stops of Dynamic Range (14-stops with the EOS C700 GS PL), where footage can be graded with greater confidence and flexibility in an HDR post-production workflow.

The EOS C700 (EF/PL) provides a wide range of colour space options, including the Canon Cinema Gamut, BT.2020, and DCI-P3, as well as support for ACES 1.0 workflow. The camera also supports HDR monitoring with SMPTE ST.2084. For a truly integrated, efficient and reliable HDR workflow, all versions of the EOS C700 can connect directly to the Canon’s 4K reference monitor, the new DP-V2420, a high luminance reference monitor that is capable of supporting the new ITU-R BT.2100 standard for HDR output.

Offering universal appeal for high-resolution production, the EOS C700 is capable of recording high bitrate 4K files internally to dual CFast 2.0, supporting both XF-AVC and ProRes formats, while simultaneously recording 4K RAW files to an external recorder. Equipped with an Ethernet (RJ45) terminal, the EOS C700 allows broadcasters to live stream Full HD footage via the internet, and also can be connected to a wireless network using the optional wireless file transmitter (WFT-E6B/WFT-E8). 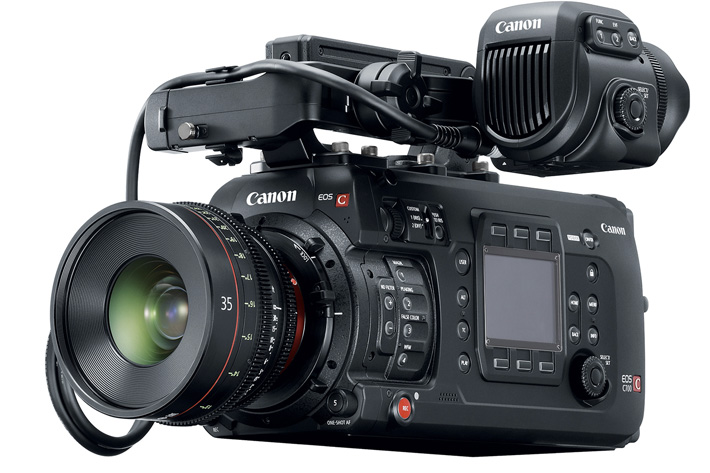 The camera can be adapted to suit the needs of the individual as well as for each filming scene. For full customisation, there is an extensive range of optional accessories – including a new 0.7’’OLED viewfinder system, the EVF-V70, which offers Full HD resolution (1920 x 1080) with a wide colour gamut. The optional Remote Operational Unit OU-700 can also be used to control the camera when shooting with a multi-member team. For newsgatherers and high-end documentary makers, a bespoke Shoulder Support Unit, the SU-15, and new Shoulder Style Grip Gnit, the SG-1, will be available for on-the-move shooting.

For complete creative freedom and choice, anamorphic lenses are supported, along with a huge range of EF and PL lenses, plus the ability to use compatible Canon broadcast lenses with the optional B4 mount adapters (in Full HD mode). The EOS C700 with EF mount with Cinema Lock and EOS C700 PL with Cook/i support can even swap mounts by Canon service, if user requirements change. Users can also change between a standard CMOS image sensor and a global shutter CMOS image sensor at Canon service facilities. Conversions will incur a fee and will be handled by Canon service facilities.

As most have probably heard by now, the new iPhone 13 Pro offers the coveted ProRes códec. Since attending...