Today on The Slanted Lens, we are shooting a commercial for a client called Mini Bini. They make an air freshener for your trash can that really works. To show how well it works, we are shooting a woman lying on a bed of garbage – literally lying on a bed that is covered in garbage. We will combine NorthStar LED lights on daylight balance with tungsten lights to create a dreamy look. Joel Ackerman of Ackermania Creative is the genius behind the concept today.

Since we wanted an aerial view of the woman and her garbage, I put the camera on a boom above the bed and tethered it back to the computer with a USB cable. I used Canon’s camera utilities program to make adjustments to the camera settings directly from the laptop. I set my color balance to tungsten so that the LEDs would appear blue while her face remained neutral. I was shooting at 1/50 of a second at ISO 320 and a 5.6 aperture. Focus is the biggest problem with this set up. I had my assistant magnify the image on the computer, and I focused the camera while he looked at the enlarged image and directed my movements. It was a bit scary but it worked. I also rubbed Vaseline on the edges of the lens. This will blur out the edges of the frame to make our scene look even more dreamy. 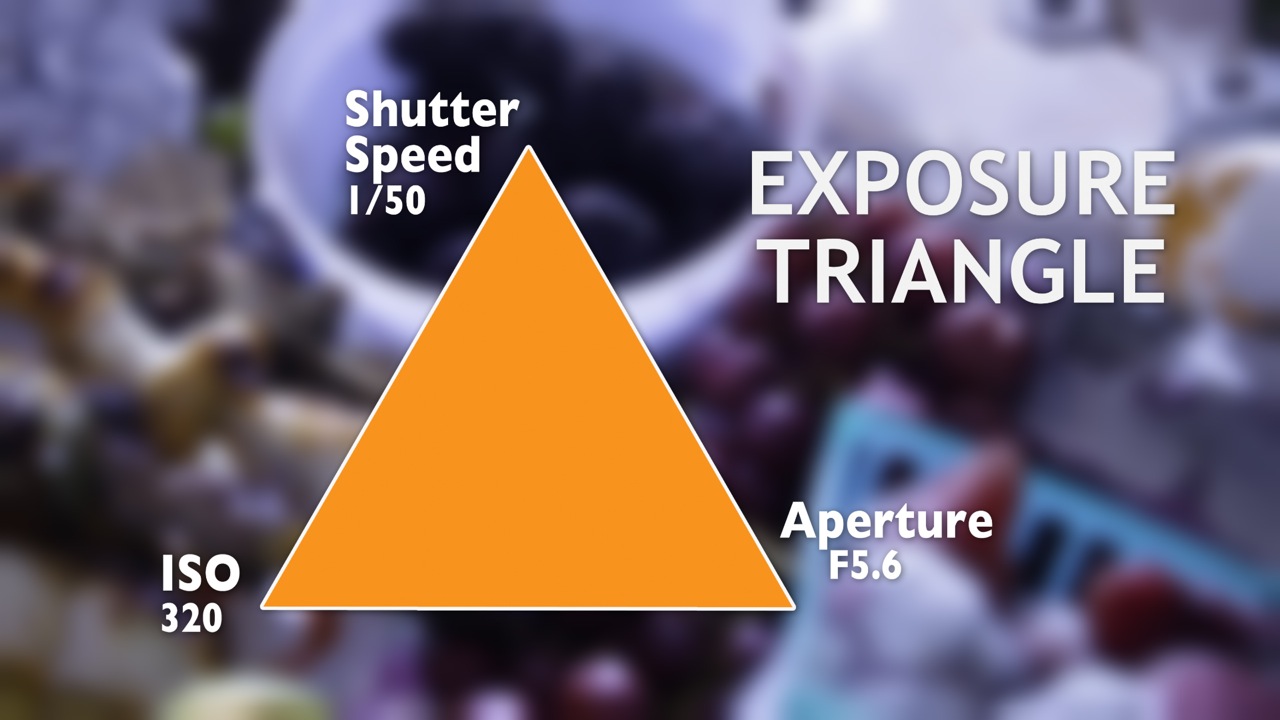 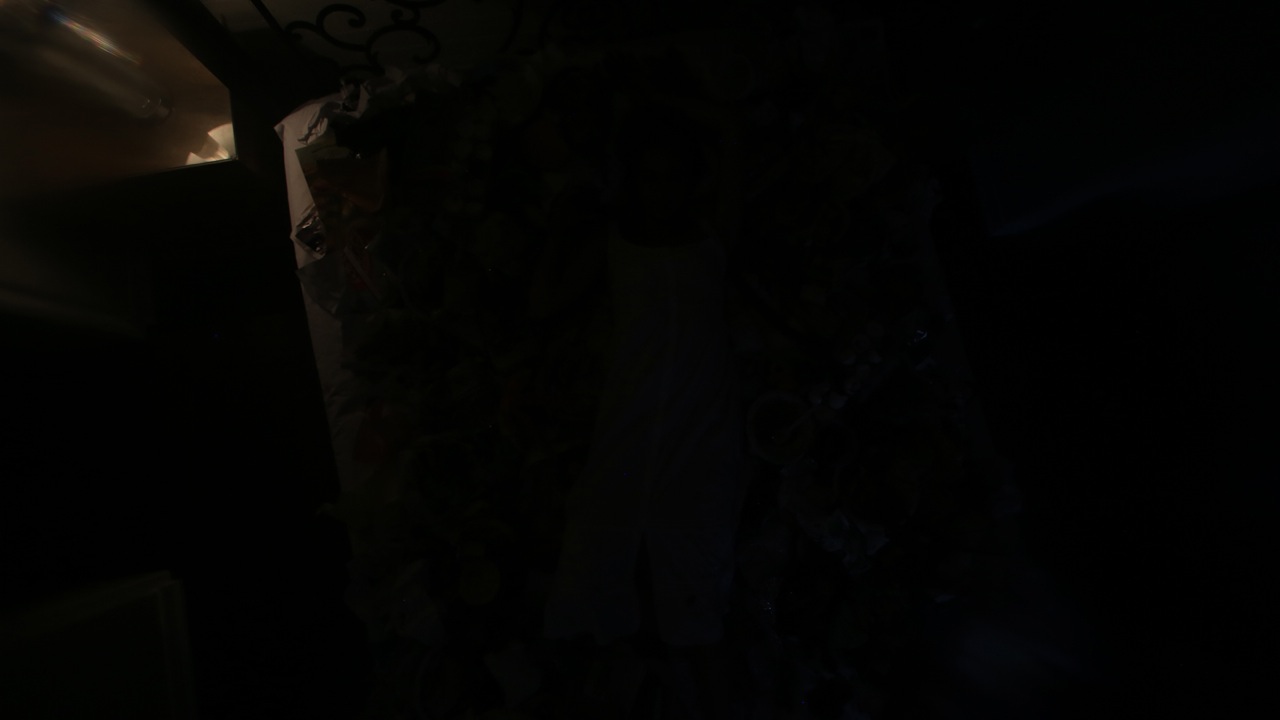 #2 We were shooting in a virtually dark room, as you can see with this first image of just the ambient light. This meant we had a blank canvas and could do whatever we wanted. 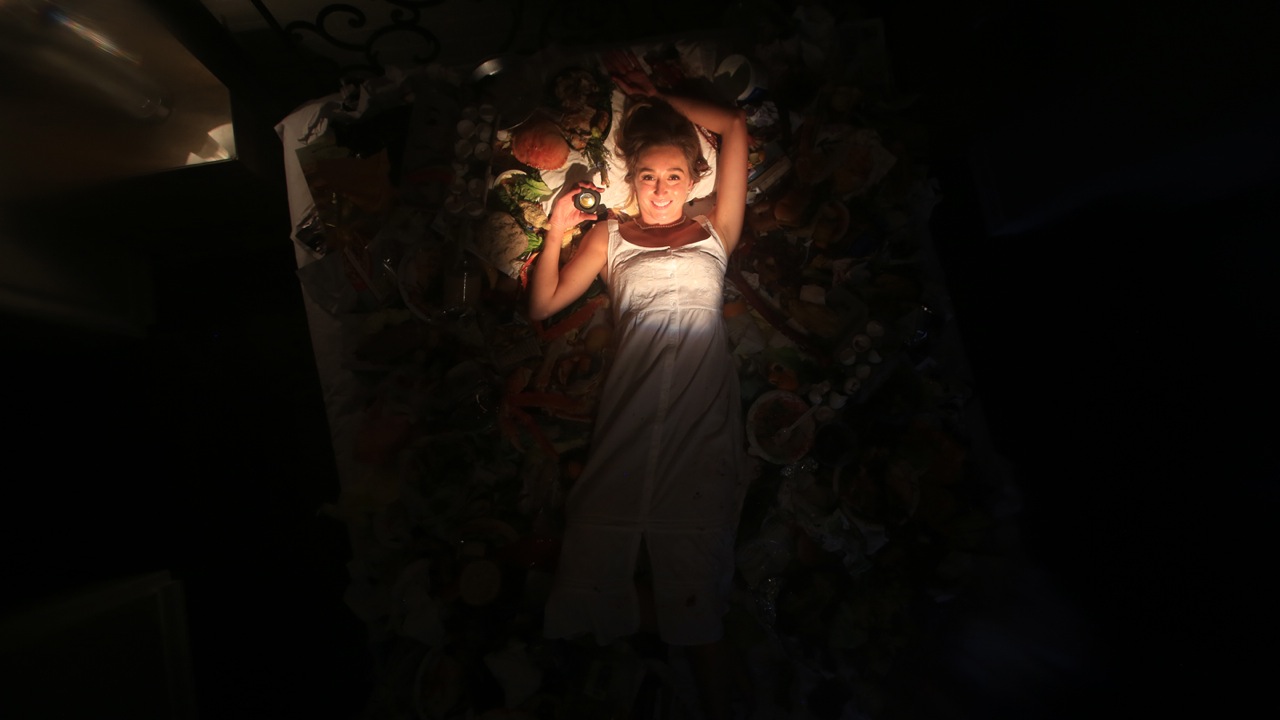 #3 The first light I put in was a Source Four tungsten light. This fixture is nice because it has shutters on all four sides that allow you to cut the pool of light to any shape you want. I focused this light on the woman's face. 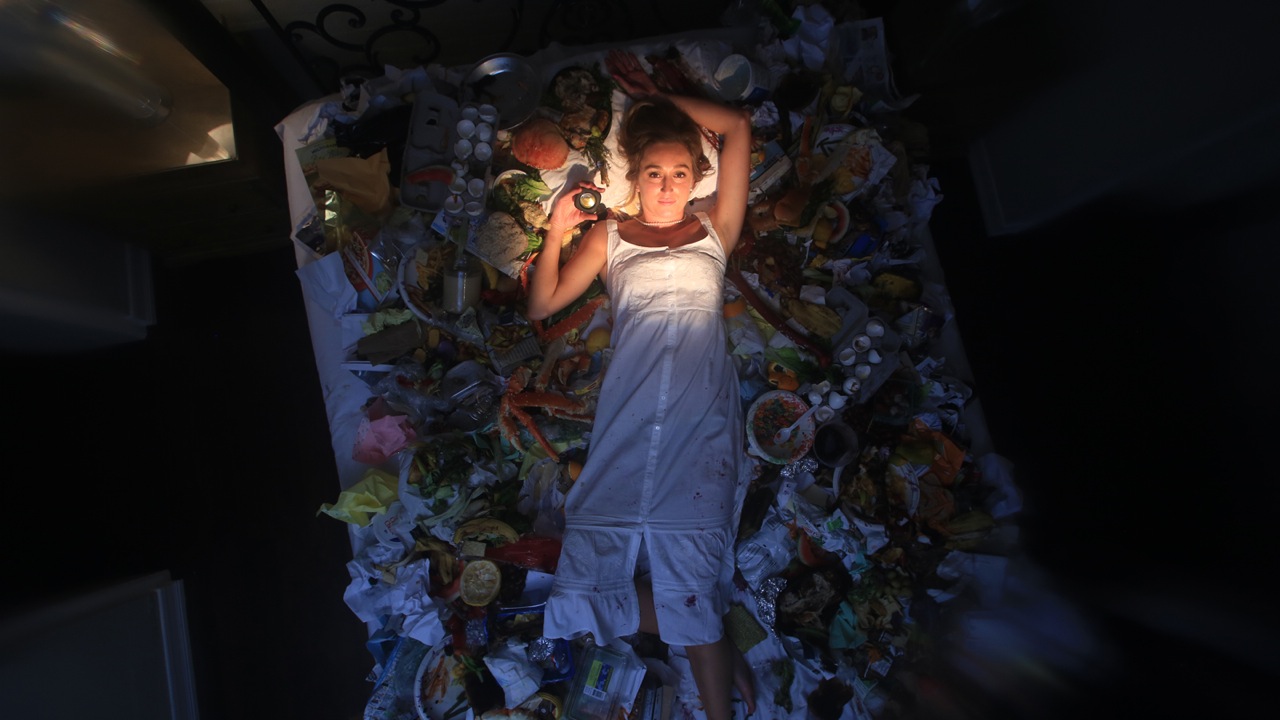 #4 Next, I added a 1K that I bounced up onto the ceiling to open the shadows. 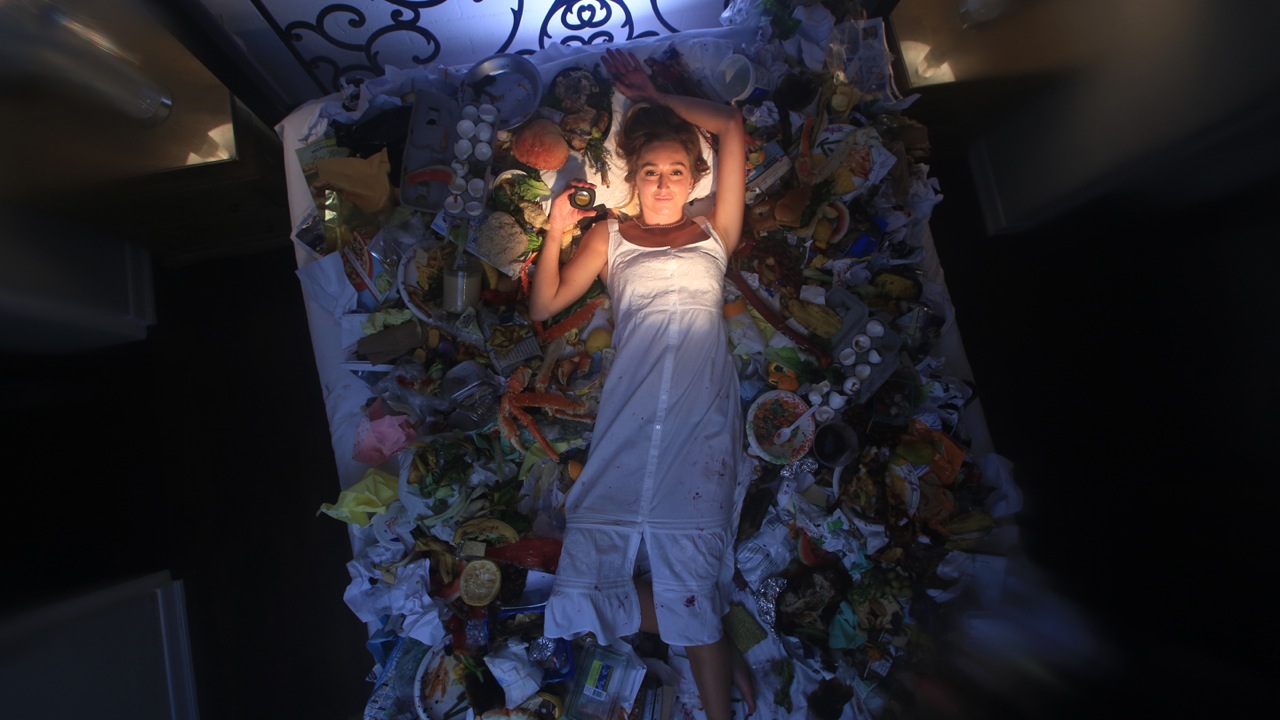 #5 We wanted smoke coming out from under the bed to add to the dream setting. I used a Rosco 1900 smoker with the Stage and Studio smoke. To light the smoke I set up a series of PhotoFlex NorthStar LED lights under the bed, facing outwards. Let's look at how the image improves as these four lights are added under the bed. Here is the image with the first of the four lights. 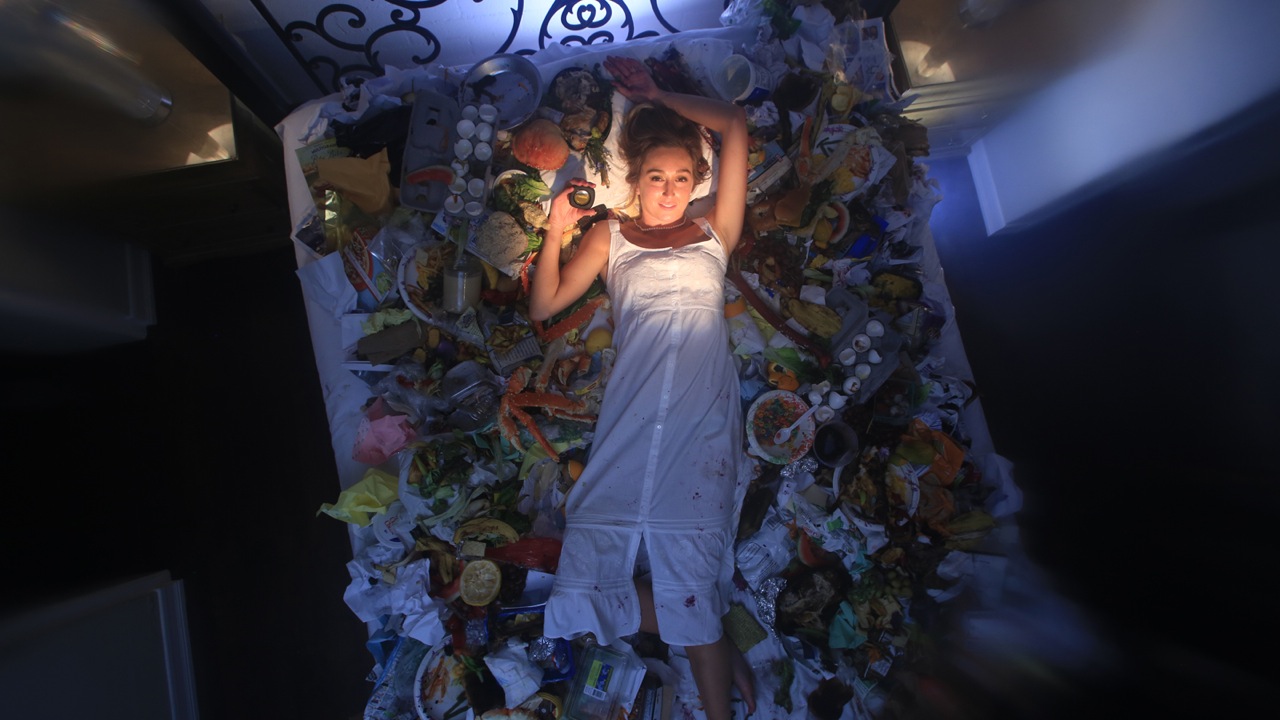 #6 Here is the image with the second light added. 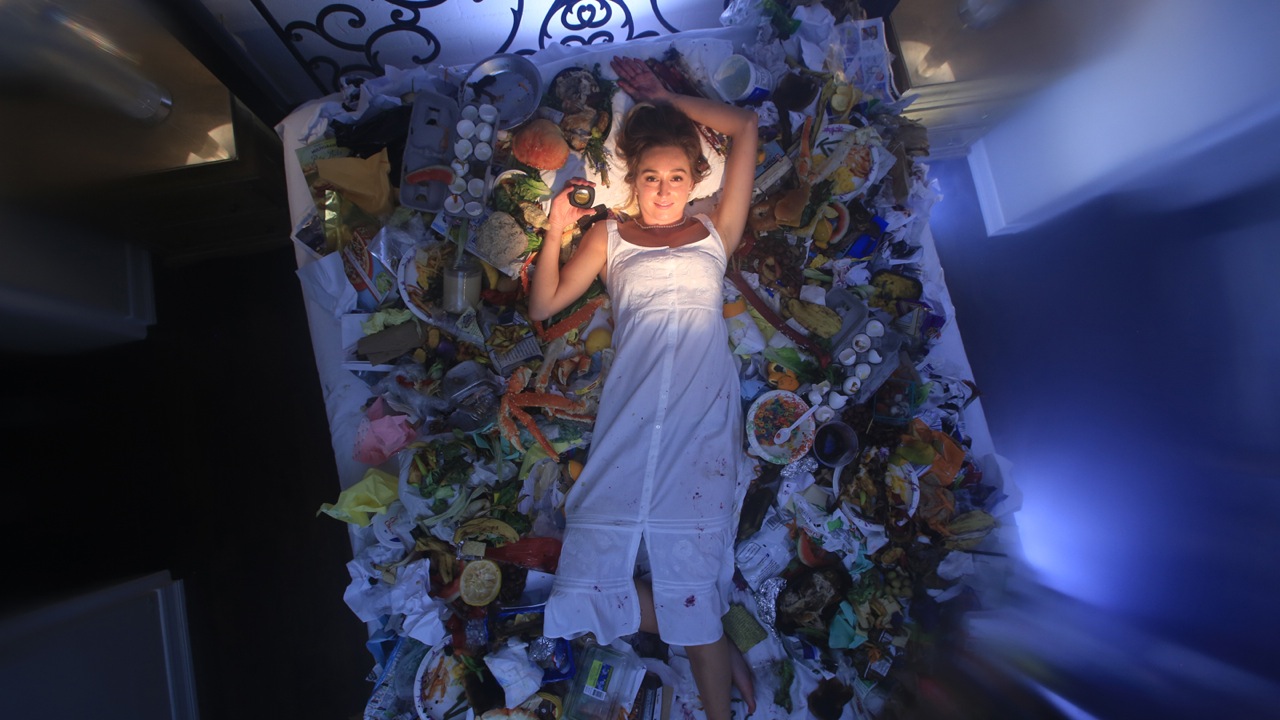 #7 Here is the image with the third LED added. 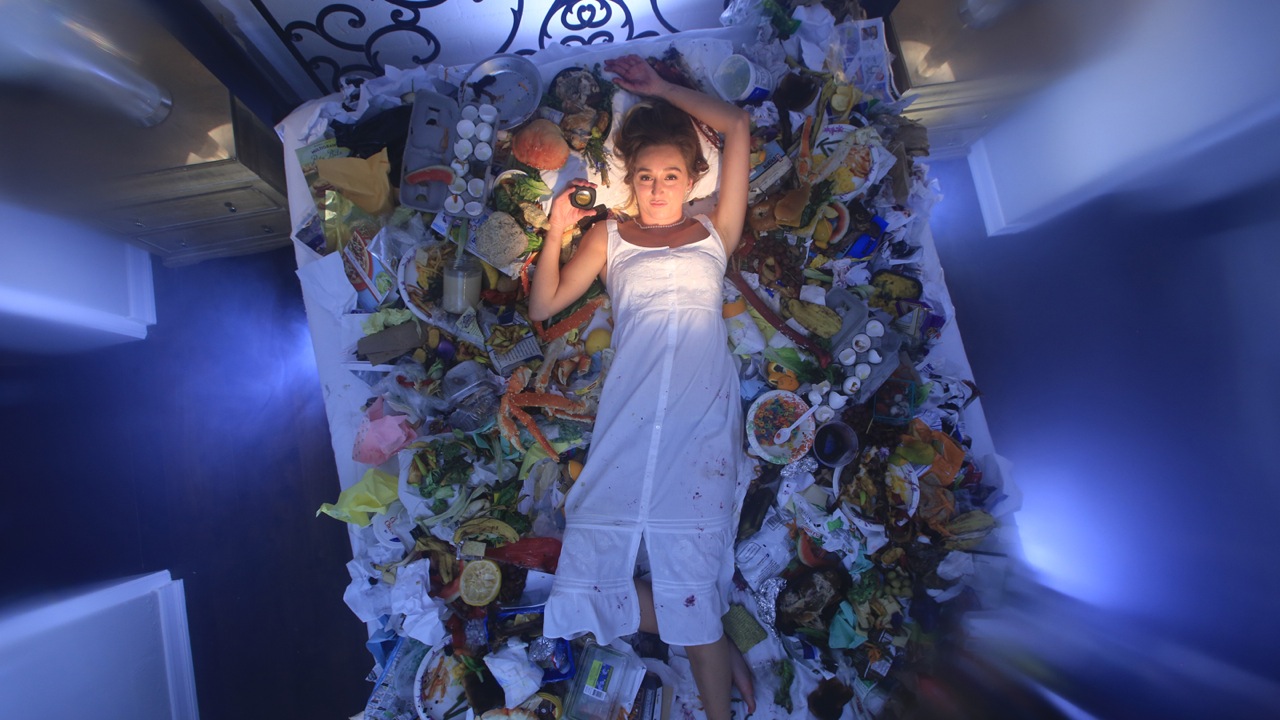 #8 Here is the image after all four LED lights have been added. 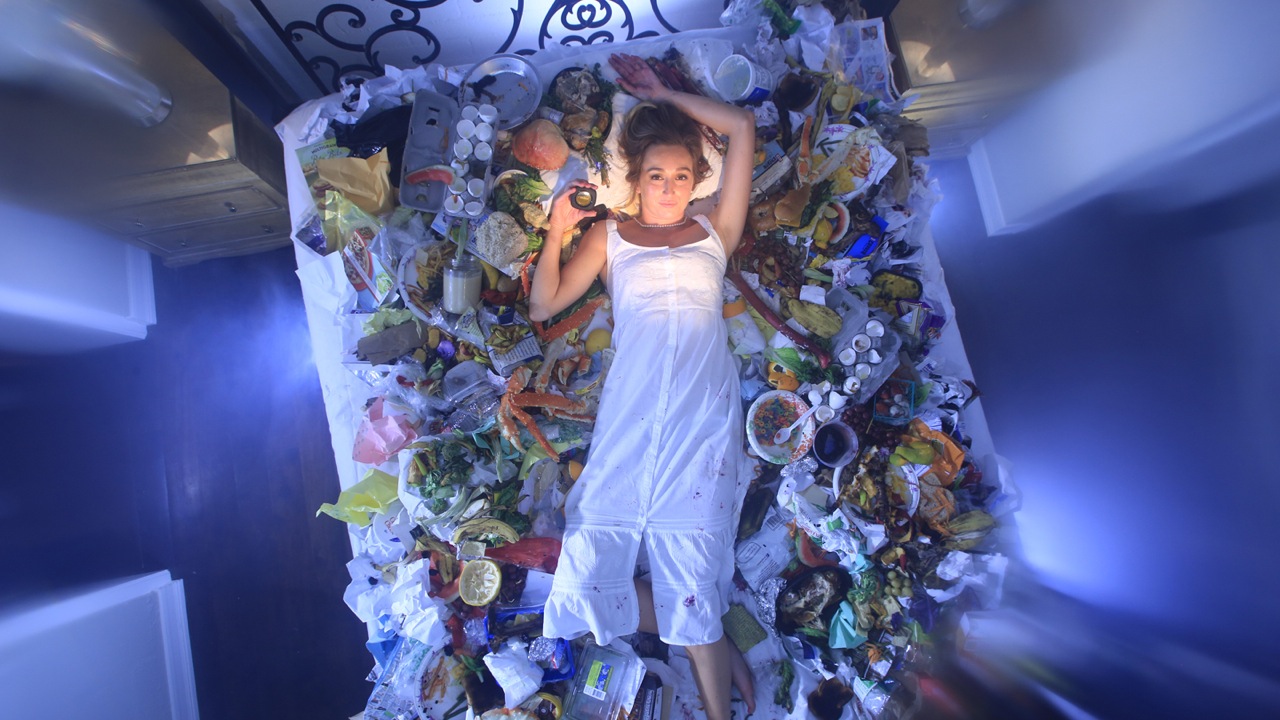 #9 My last light is also a NorthStar, coming in from camera left. I put a small reflector on the light to give me some nice highlights on the garbage. Without this light, the scene would seem flat to me. This was my last one of these LED lights, so I unfortunately did not have enough to add another one under the bottom right of the bed. 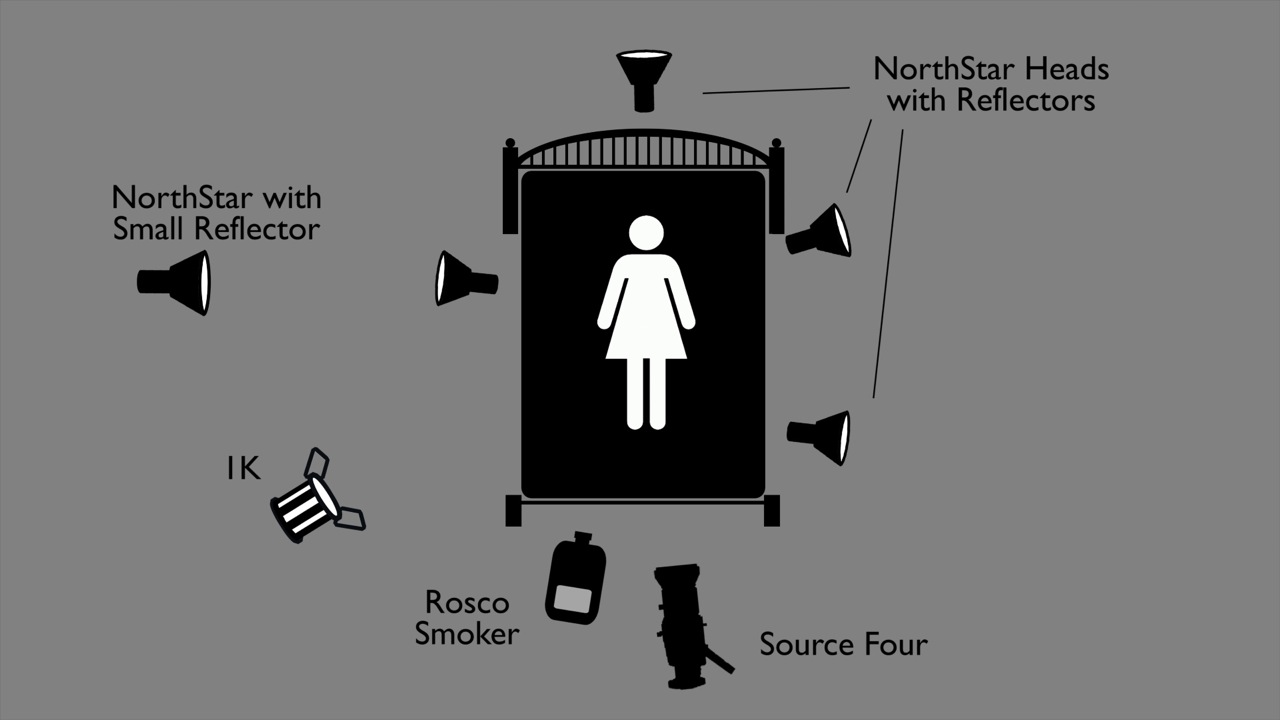 #10 Here is the diagram of all the lights we placed in this scene. The LEDs are on their side on sandbags just under the edges of the bed. As I mentioned earlier, setting my camera's white balance to tungsten and the LEDs to daylight gave the background and the smoke coming from under the bed a nice blue look. Because the lamp in the Source Four is tungsten, the woman's face remained neutral.

I love working with LEDs and tungsten lights on set. It shows you can get some very interesting looks when you combine those two light sources. It’s just important that you know what each of them will do and that you work with them accordingly. So I hope this was as educational for you as it was for me. So don’t be afraid to mix two light sources.

Thanks for watching. Keep those cameras rollin’ and keep on clickin’.