Chapter 12 focuses on Stencils, which are relatives of Track Mattes (covered in the previous chapter). Whereas Track Mattes use either the alpha channel or overall luminance of the layer on top to cut out the layer immediately underneath, Stencils use this same information from the layer on top to cut out all of the layers underneath inside a composition. (Technically, since layers render from the bottom up, the stencil is really only cutting out one image – the composite image of all layers below.)

Rather than appearing in the dedicated “TrkMat” mode popup, Stencils appear at the bottom of the Blending Modes popup (as Modes also affect the composite of all layers underneath). Inverted Stencils are referred to as Silhouettes (as in, Silhouette Luma rather than Stencil Luma Inverted). The otherwise short Chapter 12 also covers two often-mysterious functions in After Effects: the Transparency (“T”) switch, and Alpha Add mode.

You Can’t Have Your Cake and Eat It Too

We’ll start with a tip that becomes obvious all too quickly when using Stencils: You can’t combine a stencil and a full-frame background layer in the same composition. Stencils cut out everything underneath them in the layer stack. This is great for filling an alpha channel of, say, text or a client’s logo with a composite of multiple layers, but if you then want to place that result over a full-frame background, the background will get cut out too! Instead, you will need to perform the stenciling in one composition, and then nest that composite over the desired background in a second composition. Once nested, you can also add edge effects such as a drop shadow or glow. 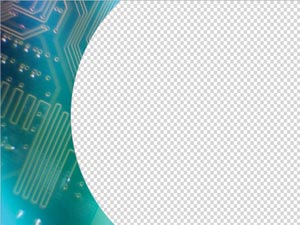 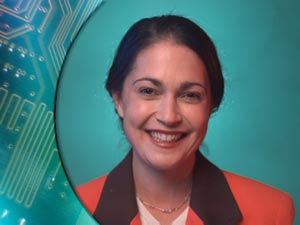 An inverted stencil – Silhouette Luma – is used to create a cutout from a composite of two layers (top left). This composite is then placed in a second composition on top of the desired full-frame footage and a drop shadow is added (top right). Footage courtesy Artbeats Desktop Technology, Digital Moods, and Business World.

Below left is the combination of three layers created in Adobe Illustrator. The content of the layers is opaque; the area surrounding them is transparent (noted by the Transparency Grid visible around them). Below center is a full-frame piece of footage that is placed on top of those three layers with interesting alphas. Below right is the result of setting the “T” switch for the full-frame layer on top. Underneath the three images is the layer stack in the Timeline panel; note the “T” column between Mode and TrkMat:

Why not use track mattes or stencils in this case? Because stencils and mattes borrow transparency from just one layer; here we are relying on the composite of multiple layers to create the final pattern of transparency we wish to preserve. With the Preserve Transparency switch, you would need to nest the text layers off into their own composition, and then use the resulting combined transparency as a matte or stencil in a second composition.

This technique also comes in handy for visual effects work such as keying and rotoscoping, where you may want to combine multiple keys or matte passes to create a composite transparency for a tricky source layer you need to cut out. Concentrate on each element of the source (such as hair, arms, body, etc.) separately in its own layer, then place the original footage on top with its Preserve Transparency switch set to receive the composite of each of these component transparencies. 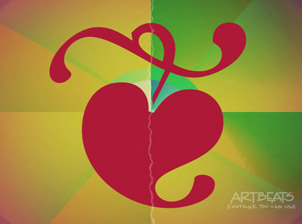 While we’re on the subject of unusual transparency tricks, the almost-as-mysterious Alpha Add mode works great with stencils.

For the image of the heart at right, the left side is a nested composition that uses Stencil Luma, and the right side is a second nested comp with the same heart image but using Silhouette Luma (exactly like the left side, but inverted).

These two halves are then combined in a third comp. Where the alpha channels meet along the seam, both antialiased edges have identical transparency values. But instead of adding these values together, the transparency of both layer edges are honored and factored together (50% opaque + 50% opaque = 75% opaque, not 100%). Since this fails to result in a fully opaque pixel, you get a seam. Note that this is not a problem with just stencils – you will see similar problems with track mattes and masking where identical edges meet. 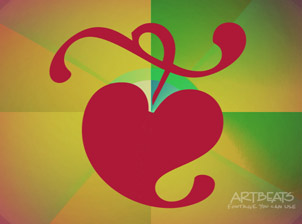 To fix this, select the top layer, and select the Alpha Add mode from near the bottom of the Modes column, as show above. The complementary alpha channels are now added together – as opposed to compositing on top of each other – and the seam disappears. The resulting composite is shown at right.

This is a subject not covered in CMG5, but is worth discussing here (especially as this is otherwise a short chapter, without a lot of other gems to uncover).

It’s not obvious how to predictably add edge treatments such as bevels and drop shadows to track matte pairs; the three solutions are to use Adjustment Layers, nesting the track matte pair into its own composition and effecting the resulting layer in a new comp, or the little-known trick of applying a Photoshop-like Layer Style to the layer with the Track Matte mode applied. 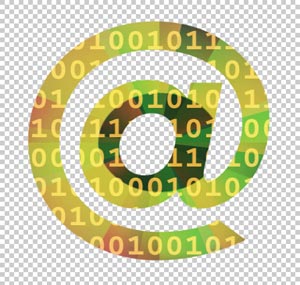 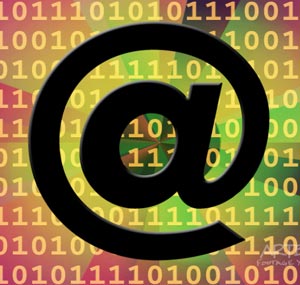 A typical application of stencils would be having this ampersand illustration cutting out a composite of layers underneath (above left). However, if a Layer > Layer Style such as Bevel & Emboss is applied to the ampersand, the stencil is disabled, the black ampersand gets the bevel, and the layers underneath are no longer cut out (above right). The broken layer stack is shown below.