One of our favorite recent additions to After Effects has been Shape layers: The ability to create vector-based artwork using the Pen tool or a variety of common starting points such as rectangles, ellipses, and polygons. A nice assortment of parameters and shape effects allow you to create quite complex results with relatively little effort. And as is the case with the rest of After Effects, virtually everything can be animated. Here are but a few tips of how to create and control shape layers.

Mask, or Shape? How About Masking a Shape?

The same tools can be used to create shape layers as well as mask out portions of any layer. So how does After Effects know which it is you want to do? By following these rules:

The After Effects Toolbar, highlighting the elements used in the creation and modification of shape layers.

Shaping as You Drag

While dragging out a parametric shape in the Composition panel, you can press the following keys before releasing the mouse to alter some of the shape paths:

If you have a mouse with a scroll wheel, it will have the same action as the up and down cursor keys. You can also change the outer radius of the Star by pressing Command on Mac (Control on Windows) when dragging to create a shape.

You can also reposition any parametric shape before releasing the mouse by holding the spacebar and dragging.

To reset a parametric shape to its default number of points, amount of rounding, and so forth, select the Shape Tool, then double-click it. This will create the requested shape at the full size of the composition, using the default parameters (a good trick by itself). You can then either resize this shape, or delete it and drag out a new one.

Note that these helpers can be used while drawing mask paths as well. The difference is, after you release the mouse, mask vertices are created that you must then edit manually; there are no interactive parametric controls over mask shapes.

It happens to all of us: You create a gradient, and you see nice user interface handles in the Comp panel for the Start and End Points that you can grab and interactively move around: 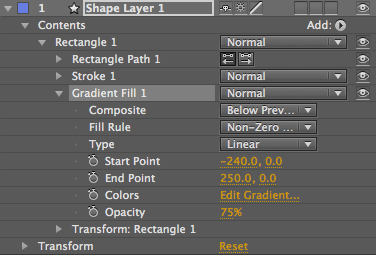 You then go off and do something else, come back to your shape layer…and no gradient handles. The secret is that you must explicitly select the shape group that contains the gradient in the Timeline panel – just selecting the shape layer itself is not enough. So twirl open the shape layer, then Contents, then select the group (such as “Rectangle 1” as shown at right).

By the way, if you keep going and twirl open the Gradient Fill object itself, you’ll find numeric values for the Start and End Points that you can then scrub like any other parameter. 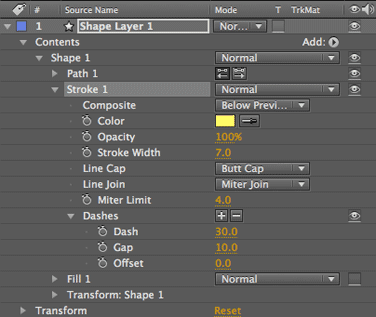 A real “hidden gem” is the ability to create dashed lines using the Stroke parameter for a shape layer. To access this feature, you have to Twirl open the Shape Layer, then the Contents, then the shape group, and then the Stroke operator. Then, click on the + symbol to the right of Dashes inside the Stroke operator: The line will become segmented in the Comp panel, and Dashes will twirl open in the Timeline panel revealing Dash and Offset parameters. Scrub the Dash value to change the length of the dashes as well as the spacing in-between.

For your next trick, set the Line Cap popup to Rounded Cap: The dash segments will get longer as rounding is added to their ends. Set one Dash value to 0, and you will have alternating dashes and dots:

It’s possible to create custom dashed lines by diving into the Stroke parameters for a shape layer. We then added Layer Styles for the bevel and drop shadow. Map from Duruy’s History of the World published in 1898.

There are a couple of way to animate these lines. Animate the Stroke’s Offset to move the line along the path; you can also use it to just nudge where in the dashed pattern the line starts. To animate the entire line on or off, add and animate the Trim shape effect. 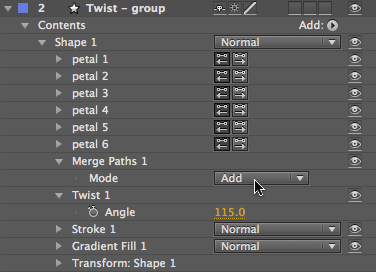 One of the cool things about shape layers is the ability to apply multiple shape effects to quickly create complex imagery. However, keep in mind that the order of the effects has a large impact on the final results.

For example, if you add Twist after multiple shape paths, each shape will be twisted individually, as seen below at left. However, if you insert a Merge Paths effect between the shape paths and Twist (shown at right), then the group will be twisted as a whole (below right): 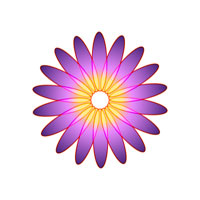 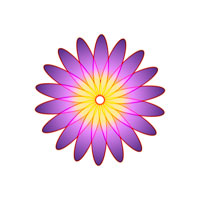 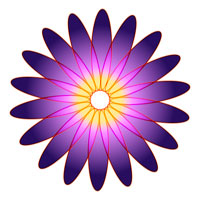 However, if you place the Repeater after your single original shape path, and then place Wiggle Transform after the Repeater, every repeated instance of that one path will be wiggled independently, creating a very different animation: 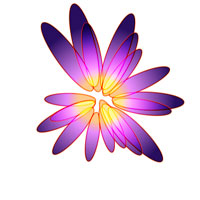 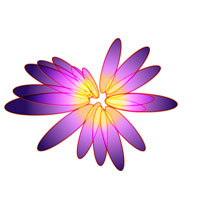 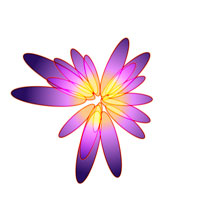 Fortunately, it’s fairly easy to reorder shape operators and effects in the Timeline panel by dragging them up and down. Every now and then you might find you cannot move an item all the way down the list; you may have better luck dragging it outside the shape group, or cutting and pasting it back into the group.