Not all LUTs are created equal. Some exist for pure conversion needs, others, like the Cinematic LUT Packs from Noam Kroll, are creative tools to help filmmakers experiment. What goes through the mind of someone creating LUTs, we asked Noam Kroll. 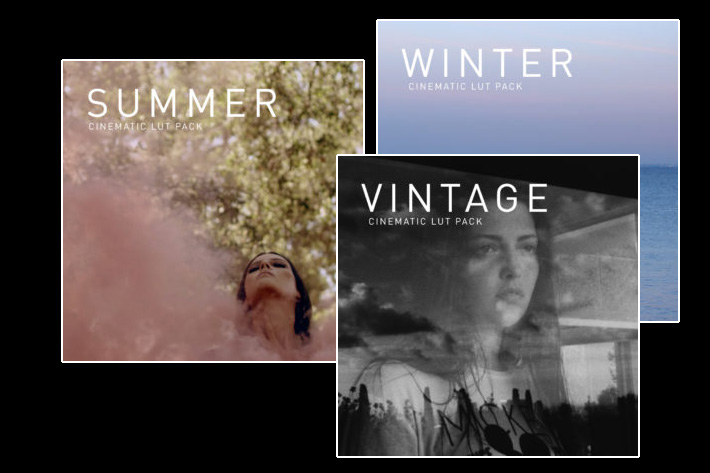 Did you ever stop, while using a LUT, to think about the motivations the author had to create that specific set of colors? If you’ve ever asked that question to yourself, the answers, or some of them may be found here. Noam Kroll reveals how we created his Cinematic LUT Packs.

Noam Kroll is a Los Angeles based filmmaker who has worked in the film and television industry in many different capacities over the years, but primarily as a director, cinematographer and colorist. He is also the author of Cinematic LUT Packs, released recently in reply to readers of his blog who asked him to deliver more color grading tools and resources.

From Fujifilm’s “color grading” in their X-series cameras to whatever type of LUT you get from commercial sources, I always feel that LUTs are more than just a set of technical adjustments that you introduce in your film. We use them, usually, for the mood they help to create, but I think many people rarely think about the reasons why a LUT was created in the first place. As with cinema, where storytelling is the goal, I also believe that LUTs “tell a story” and that their creation is not just the result of technical needs, but real emotion expressed that way by the author.

Not all LUTs are created equal, I believe, and some will be more technically minded than others. But some just catch your eye – and imagination – and you feel compelled to try them and are also curious to understand the reasons that led to their appearance. That’s what I felt when I first saw Noam Kroll’s Cinematic LUT packs.

From Noam Kroll’s website I understood that the Cinematic LUT packs, which cover Vintage, Summer and Winter with a total of 36 creative options – 12 individual LUTs per package – can be used with footage from virtually any camera. Whether you are grading RAW footage from a RED or Blackmagic camera, ProRes from an Alexa, H264 from a DSLR, or any other format for that matter – the Look Up Tables included in these 3 packs will work every time.

That was important, but I wanted to know the why behind their creation, so I got in touch with Noam Kroll and asked him if he could satisfy my curiosity – and I hope yours – about the whole development process of his LUTs.  Here is what he said. 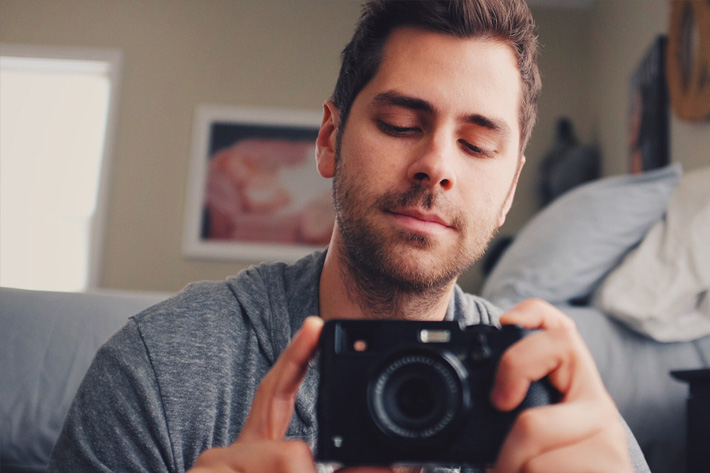 Why do you create your own LUTs?

I started creating LUTs for my own personal use as a filmmaker, as I found there were many situations where they greatly enhanced the quality of my work and my ability to effectively collaborate with other creatives. For instance, on many of the commercial projects that I direct, I will load a creative LUT onto the client monitoring system so our clients don’t need to view an ungraded picture, and can imagine what our final product will look like. More commonly though, when I work as a dedicated colorist, I will use LUTS to speed up my own workflow and quickly build strong color palettes for the projects I am working on that can be shared with the rest of the creative team. After having created LUTs for my own personal use for many years, I was asked by readers of my blog to create some for public use, which is ultimately what led to my Cinematic LUT Packs.

Creating a LUT is part science, part heart, feelings, mood. How do you come to define each different LUT?

Noam Kroll – I always start the process by simply thinking about the mood I want to evoke, and then working on the creative and technical facets of the LUT afterwards. For instance, on some of the Vintage looks I’ve created, I will consider very specifically which time period I want the look to call back, how it should make the audience feel, which classic films it could play homage to, and so on. From there, I will start experimenting with actually building the LUT creatively, which can often take many passes to get right.

Once I have the right look built, I then make additional fine tuning adjustments to it, allowing the LUT to be universally compatible with any camera.

Are there specific days or moods when some LUTs are easier to build?

NK – It may sound like a funny analogy, but I often equate coming up with an idea for a LUT to writing a film or a piece of music. Sometimes you have inspiration that helps you develop a vision for the LUT very quickly and swiftly, and other times it takes longer to experiment with trial and error until it’s perfect. That said, once it gets to the actual “hands on” stage of building the LUT and optimizing it for use across various cameras, it almost always takes about the same amount of time and effort to get right.

I mean, if you feel blue do you go for something darker, or lighter when you’re happy?

NK – Great question. I would say that the mood of my LUTs is more often affected by the mood of the projects I’m working on than my own personal state of mind. For instance, if I’m working on a film noir, I will likely have all sorts of ideas for punchy black and white looks floating around, many of which will use different techniques to evoke different moods within the genre. While I’m in that headspace, I’m definitely inspired to translate some of those ideas into actual LUTs, and this approach is ultimately what inspired many of the LUTs in my current packs.

You mention that your LUTs are for everybody to try. For someone just starting, how does a LUT work?

NK – Creative LUTs like the ones that I offer, give filmmakers and colorists a simple and highly effective way to create bold looks in the edit suite while saving time during the final stages of post. They can be just as effective for both experienced colorists and filmmakers with very little working knowledge of color. For instance, filmmakers who don’t have a strong knowledge of color correction can use these LUTs to confidently add stylized looks to their footage right in their editing software with minimal effort and time. On the other hand, an experienced colorist can use these LUTs in a different way, either by customizing their effects in their color correction software, layering them on top of other grades, or simply using them as creative inspiration to share with clients as they start to develop a visual language together.

Is the use of LUTS a “scientific” thing or a mix of feelings/technique?

NK – On the user end, LUTs are very much a mix of feelings and technique. Picking the right LUT for your scene or film always comes down to mood and feeling above all else. On the most basic level, a cold look is going to give a very different feeling than a warm look, as you would imagine. That said, in order to get the absolute best results when using any LUT, technique comes into play as well. Most importantly, it’s always ideal for filmmakers to fix any errors in their footage (white balance issues, exposure problems, etc.) before applying any creative LUT. By doing so, they will get the most consistent and visually appealing final product. 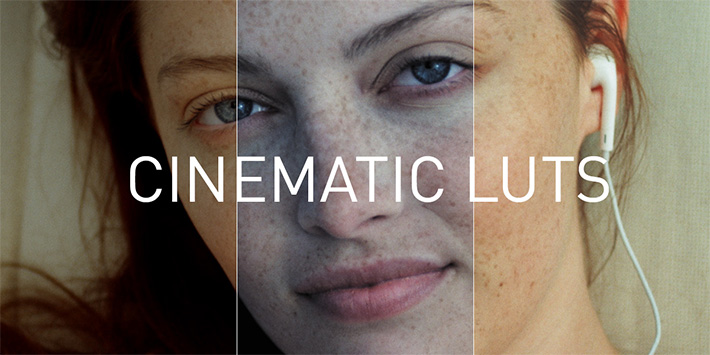 So there you have it: an explanation about the Cinematic LUTs by their author, Noam Kroll. The LUTs are available at $36 per pack or at a special price of $89 if you buy the three packs. With your pack you receive a 4 page PDF with instructions for installing and applying your LUT files in various software programs, including: DaVinci Resolve, Adobe Premiere Pro, Final Cut Pro X, Avid Media Composer, and Adobe Photoshop.