When you sit down to watch Blade Runner 2049 the film creators expect you to believe the universe they present is real. Now discover how some of that “reality” was created, using Cinema 4D and a lot of imagination. 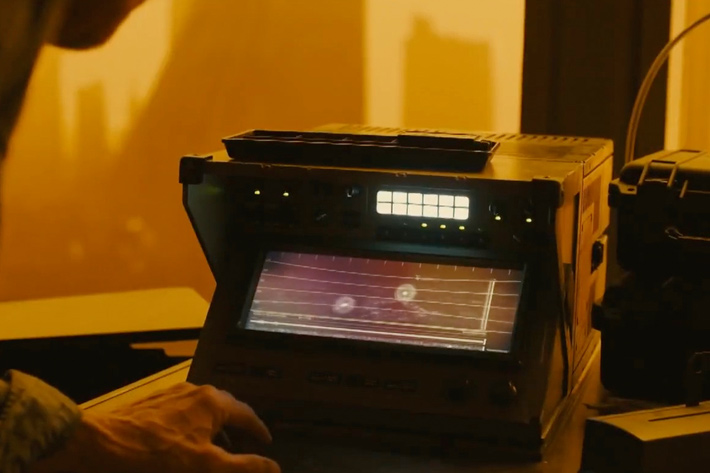 Computer graphics are so predominant in modern days filming we tend to take CG for granted and present everywhere. But Blade Runner 2049 also explored other paths, from playing with lenses and old school projectors to modelling grapefruit flesh.

Blade Runner 2049, directed by Oscar-nominated director, Denis Villaneuve (Sicario, Arrival) takes place three decades after the events of the first Blade Runner film in the aftermath of the ‘Blackout’, an apocalyptic type of episode that has deeply altered day-to-day life and technology in Los Angeles. The film features a new blade runner, LAPD Officer K (Ryan Gosling) who unearths a long-buried secret that has the potential to plunge what’s left of society into chaos. K’s discovery leads him on a quest to find Rick Deckard (Harrison Ford), a former LAPD blade runner who has been missing for 30 years.

The futuristic screen graphics and concepts in the dystopian sci-fi sequel Blade Runner 2049 were created by London-based Territory Studio, using MAXON’s Cinema 4D tools. Under the creative direction of Andrew Popplestone, and Creative Lead Peter Eszenyi, the Territory team initially met with Villeneuve and Supervising Art Director Paul Inglis during pre-production in Budapest to discuss the theme of the Blade Runner 2049 universe in terms of progression and how technology should look and feel in the context of the broader themes and how the actors would relate them.

“Villeneuve did not want the design direction of the technology in Blade Runner 2049 to directly reference the original 1982 Blade Runner, rather his directive was to ‘reinvent’ computer technology and give it distinct organic, abstract, optical and physical qualities that felt like the same world 30 years later but could aptly represent the scale and impact of the ‘Blackout’ that destroyed digital capability and data files and basically made digital technology unusable – all key story elements in the film.” 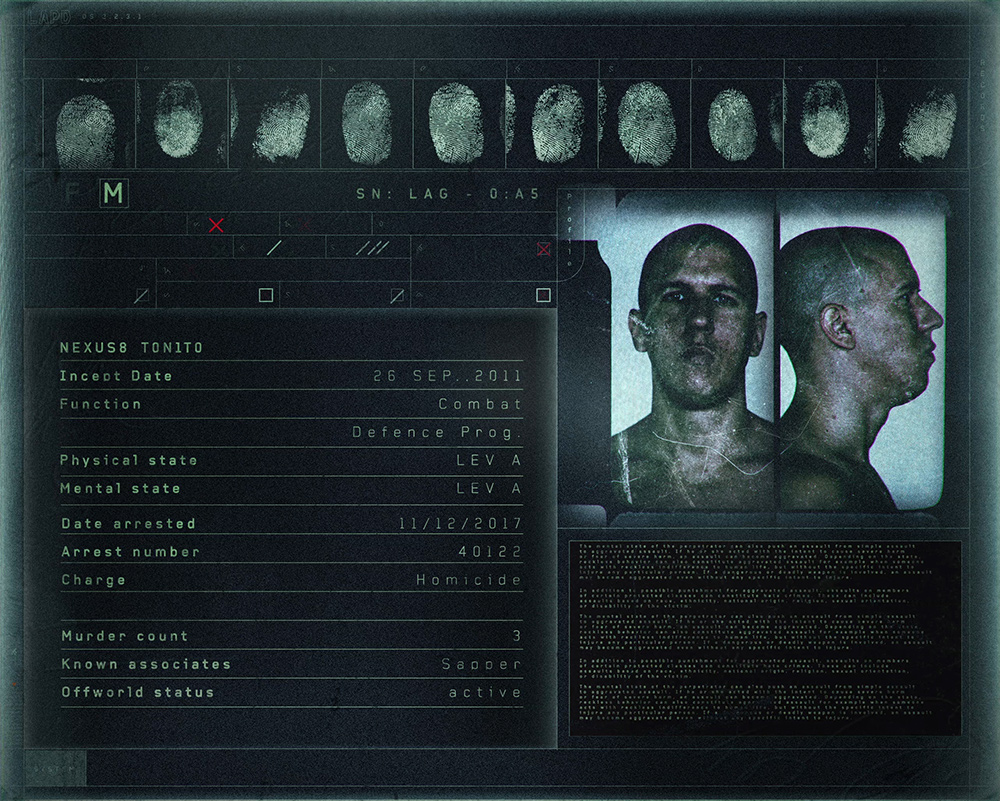 Tasked with the mission to produce story specific screen graphics and concepts for on-set and post that appear extensively throughout the Warner Bros./Alcon Entertainment iconic sci-fi sequel, the London studio accepted both the excitment and responsibility of having an open creative brief; the Territory creative team started to think about how computer graphics display technology would function and look in this new world without relying on liquid crystal displays, analog and cathode-ray tube technologies.

Cinema 4D has been in use since Territory Studio’s inception in 2010 and has played a key role on high profile VFX projects such as Ghost in the Shell, The Martian, The Avengers: Age of Ultron, Guardians of the Galaxy, Jupiter Ascending and Prometheus. During the six month production cycle on Blade Runner 2049, Territory tapped the software, to meet intensive modeling, rendering, lighting, shading and particle simulations challenges essential in delivering over 100 very original screens across 15 sets on key narrative sequences. Screen graphics elements included the creation of footage, optical effects and projections and included concepts to production, many of which were shot with actors on set and others that were distributed to other VFX vendors working on the film. Final rendering was done with the native Cinema 4D render engine along with Vray and Arnold. The Insydium X-Particles plug-in for Cinema 4D was also a key tool for particle simulation creation. 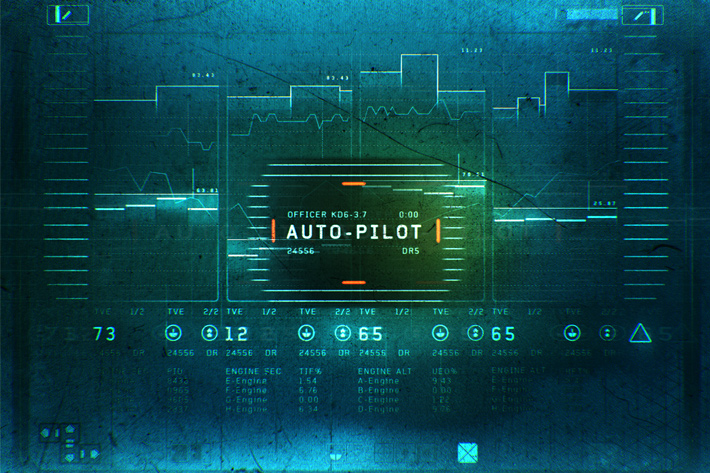 “We forgot about established design workflows and spent the initial phase researching and experimenting with alternative methods to replace LED screen bioluminescence and actually avoided CG,” Eszenyi outlined. “This was a joyful part of the screen content creation process where we instead began by combining physical (optical lenses/old school projectors ) macrophotography and photogrammetry (fruit/meat ) and graphic techniques along with concepts from the art department to play around with texture and structure that led to the development of some interesting low-rez organic meshes and unique visual references.

“Our 3D workflow with Cinema 4D allowed us to flex our design capabilities and quickly import these elements to further explore lights, texture, materials, objects, noise and model creation while meeting tight deadlines,” he added. “Because of the intent of not using green screen elements on set, we used the Cinema 4D tools to design, create and deliver screens that matched story beats, and which were used on set to help the actors get informed about what’s happening or perform against a live sequence of images more naturally.”

In the pivotal Morgue scene when K is scanning bones, Territory created a 3D model of a female pelvic bone and used the wide range of shading, reflectance, materials and flexible layering options in Cinema 4D to texture imagery and built a lens system with various optical qualities that was animated to show bone tissue in increasing magnification and abstraction in order to reveal a slightly futuristic electron microscope element.

The studio also used textural references in Cinema 4D in the notable Baseline Test scenes where Officer K is subjected to a routine LAPD Blade Runner “Voight-Kampff” protocol. “Rather than showing an iris, as in the original film, this new test is intended to be more precise and shows the view through the optic nerve, suggesting neural activity in the replicant,” explains Eszenyi. “We achieved organic abstraction by modelling grapefruit flesh.” 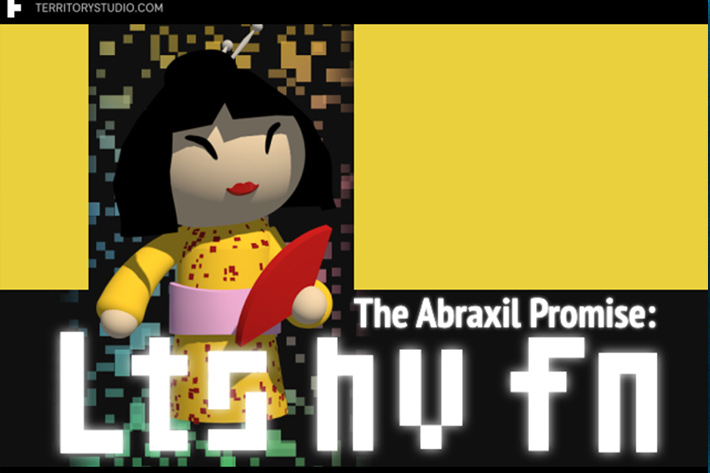 Officer K’s dilapidated Spinner vehicle features a set of displays for navigation that blend geographic, communication, scanning and surveillance monitor details. “Cinema 4D and X-Particles were used to successfully produce screen burn, ghosting, glitching and color degradation that brought an organic, chaotic nature to the aesthetic of the textural effects to let us show the audience that due to his low status, K is managing with outdated technology,” said Eszenyi. “We also crafted fly-through animations of the minimalist particle landscape that were roughly based on the shots or scene requirements that were put onto the screen, rendered out and processed through After Effects.”