In 2018, when the venerable Cine Gear show we all know and love in Los Angeles, decided to venture out into nether regions of Georgia in the early fall, I went to check it out.  CinegearLA, for those that have not ventured to the Paramount Pictures back lot, is the place to see the latest in production tools and technologies, with some post and other things tossed in.

The eastern version of Cine Gear  is situated approximately 20 miles south southwest from Atlanta, a short drive through the abundant vegetation encroaching on Georgia’s state highways. In my case, a rather interesting ride on a couple of miles of gravel roads that appeared like they were being consumed by the verdant forest after being re-routed around the highway department’s tree trimming operations by Apple’s Maps. I had to laugh at the irony of listening to banjo’s playing on the radio as I wandered this back road in my hybrid rental car, a result I blame solely on Ken Burns most recent PBS documentary.

Cine Gear Atlanta, in its second year, is still finding its way, having moved from the Saturday and Sunday schedule used in the first year to the more familiar Friday and Saturday schedule from the West Coast version. This year it was held on the Georgia Film Academy campus across the street from what has been known as Pinewood Studios, (they sold their interest in the project earlier this year).  While it was warm for last year’s effort, the first day of the show was met with a blazing sun pushing the temp outside to nearly 100 degrees for the first weekend of October. Thankfully the Georgia Film office and Pinewood Studio had a stand with bottled water, soft drinks and snacks for the attendees, while food trucks, a shaved ice stand and an outdoor bar otherwise kept people going.

At less than a quarter of the size of its West Coast counterpart, Cine GearATL is still finding its footing with of the biggest names in production were in attendance. Arri, Canon and Panasonic showed cameras, while companies like Ascend Aerials, Cinemoves, Chapman-Leonard, ShotOver,  Avenger, AmericanGrip and Mathews showed off a myriad of production, grip and support options for nearly every type of environment. Noticeably absence were mainstays like Adobe, Atomos, Blackmagic Design and Sony. 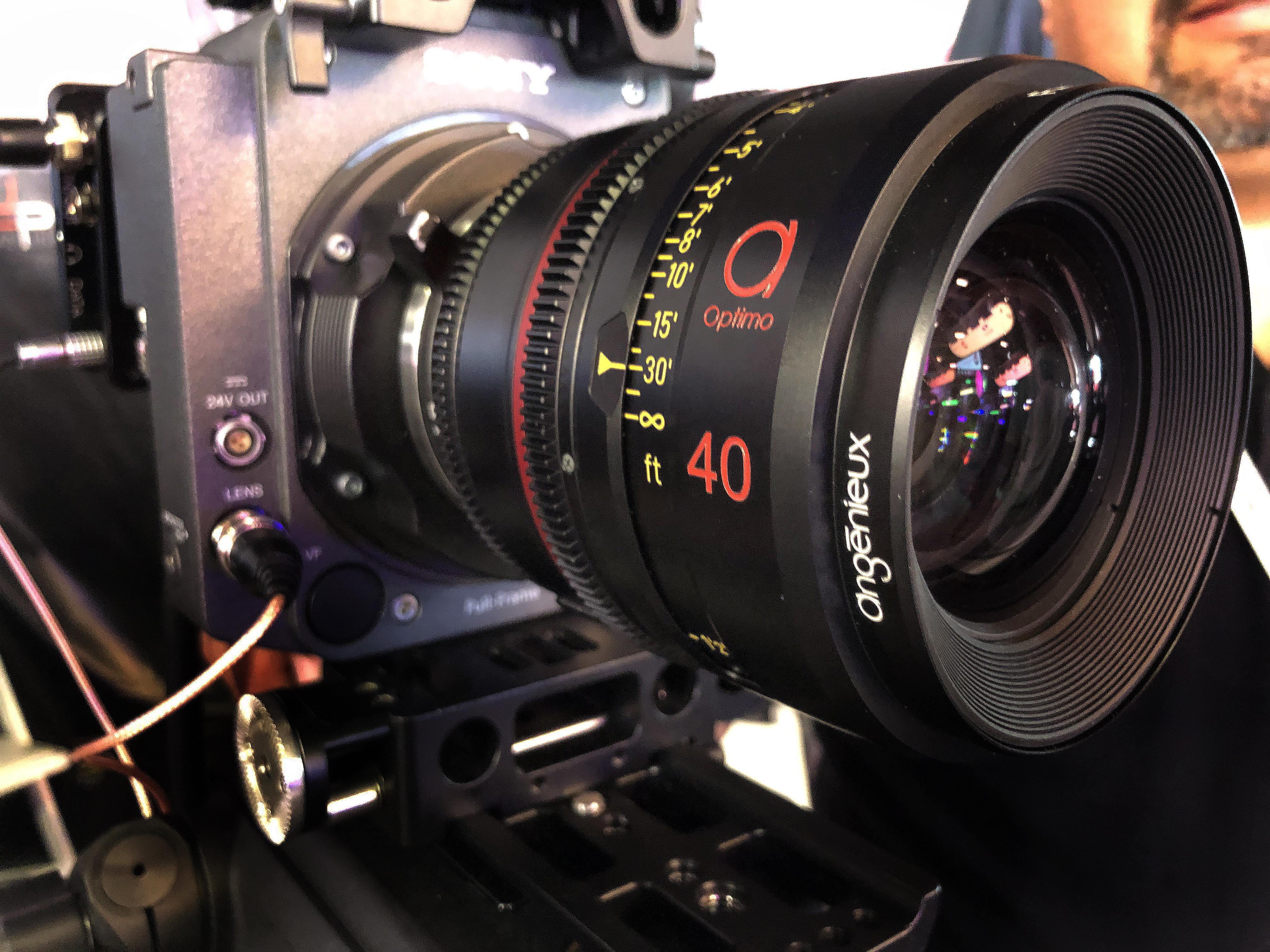 Angenieux’s Optimo Primes, launched in June at Cine GearLA, and mentioned in PVC’s IBC Wrap up showed up alongside the just announced Sony Fx9 in the BandPro Booth.  Sigma was tucked away in a corner with their not yet released FP mirrorless camera, noting that pricing would be announced in the “next week or so” and highlighted their latest “Classic Art Primes” on cameras to demonstrate the flaring and bokeh characteristics. 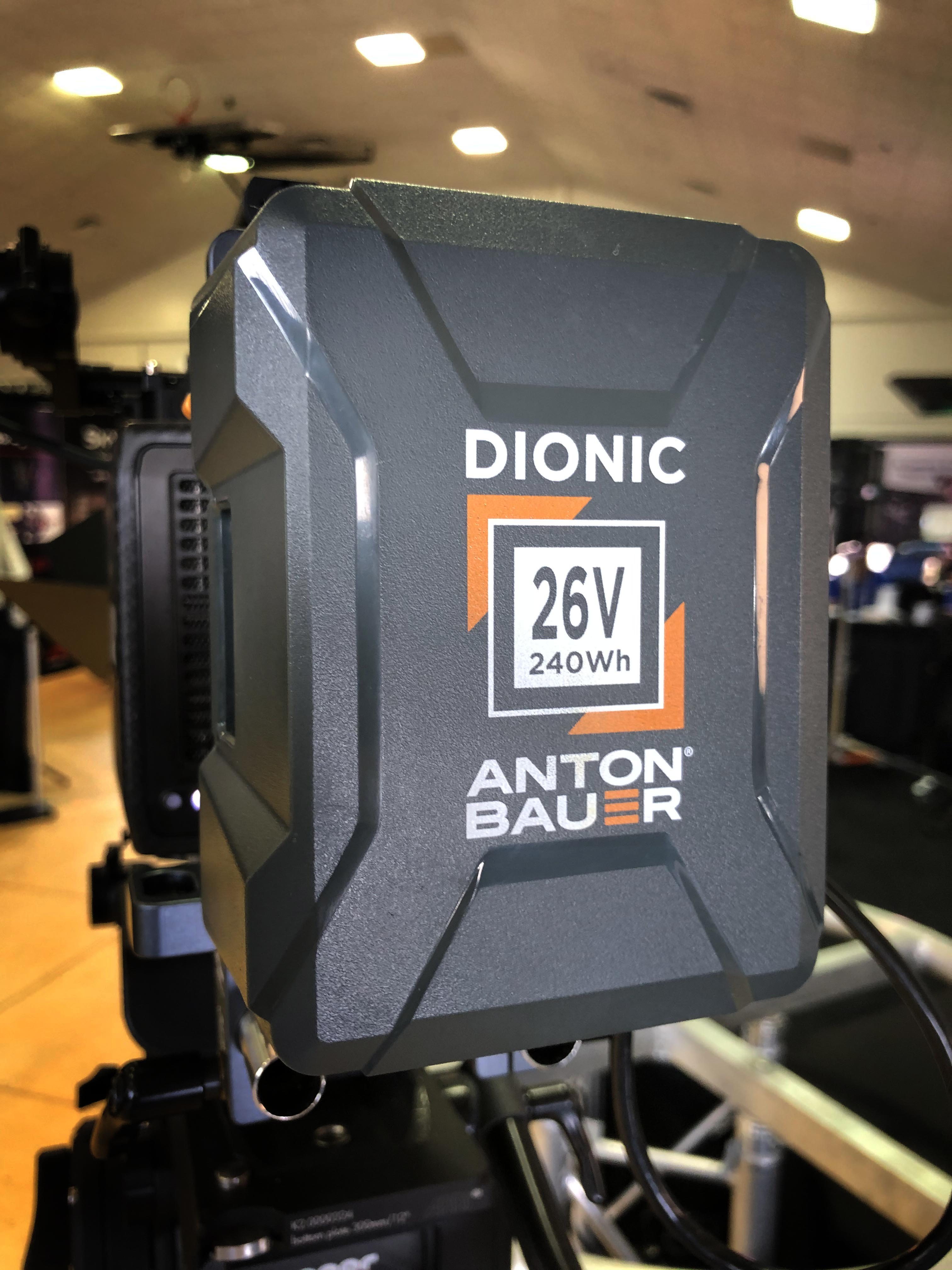 I found it interesting the growing focus on DMX lighting controls in the 900mhz frequency range, to combat signal conformity issues onset  since there are not that many devices on set that can disrupt signals in that range outside of the microwave used in craft service. Since much of production technologies is about grip and lighting, I find it interesting that more and more companies are starting to address Electronic Frequency Controls to address wireless issues as they are becoming an ever increasing problem as the number of devices emitting Electromagnetic Radiation grows geometrically every year.

One reason I went was to connect with friends and colleagues in the industry. I spent my time talking workflow solutions with friends at Arri, discussed production options at Panasonic and color science at Flanders Scientific. Yet I also get to catch up with some of my other friends and coworkers that live in the Southeast. The highpoint was getting to spend a few hours hanging out with an Atlanta local, Phillip Grossman, PGP Images, after his latest trip to explore the area around the now sealed Chernobyl Nuclear Reactor and the city of Pripyat, Ukraine. If you watched the HBO series or are just interested his Instagram feed is exceptional.

At the time of the catastrophe units 5 & 6 were under construction. It had been reported that they were nearly 70% complete and would be ready to begin operations in the fall of 1986. I can tell you with out any hesitation, that the reactor complex was not even 50% complete. I have probably spend nearly 20 hours or more exploring inside this faculty. I have located what would have been the control room as wells the reactor great hall as well and will be sharing those images later. This was shot via my drone about a week ago. The tallest section is the reactor hall itself. #chernobyl #ChNPP #pripyat #radioactive #nuclear #Ukraine #ChernobylMiniseries #chernobylHBO #JohanRenck #CraigMazin #HBO #JaredHarris #ValeryLegasov #StellanSkarsgård #BorisShcherbina #EmilyWatson #UlanaKhomyuk #AdamNagaitis #JessieBuckley #ConONeill #MarkLewisJones #PhilipBarantini #JamesCosmo #KarlDavies #DavidDencik #FaresFares #RalphIneson #pgpimages @lightroom @adobe @djiglobal @djipro

The other reason people are drawn to these shows is the training and seminars that are available. Knowledge is a big reason to attend these events, yet with only one seminar room and no one seemingly keeping presenters on schedule, the change over from one session to another was often rather hectic.  Yet, the content at every one of the sessions I attended was quite good.  There was Zeiss’s session with DP Robert McLachlan, ASC, CSC, and Arri’s session on the Alexa Mini LF and Signature Primes featuring PVC’s own Art Adams, now an Arri Lens Specialist, discussing what to look for when you choose the lenses for your next project.

It was the next to the last session on Saturday that truly impressed me. Labeled as “Women Behind the Scenes” it was a thoughtful,  provocative look at women and minorities in our industry. I missed the first few minutes of the session, which meant I did not get to hear the introductions of each of the individuals on the dais, but Lisa Ferrell did an excellent job of moderating and explaining the issues and pointing out repeatedly that this has always been about the hard work of the majority of people behind the scenes. As someone (an old white guy) that has promoted working with women in key positions and foster a diverse crew for many years, it was fruitful for me to better understand why we need to push even harder for diversity in film and television production. 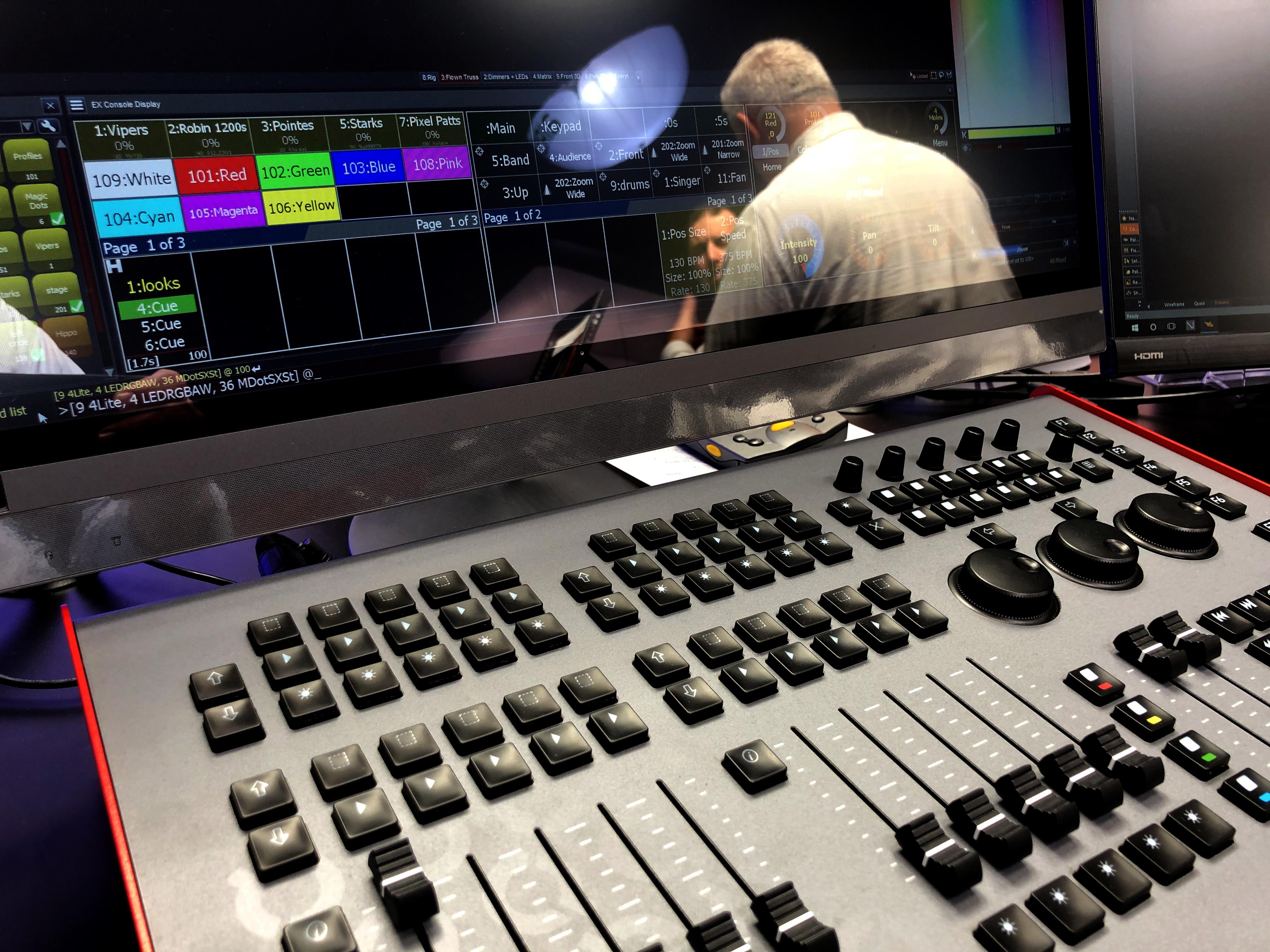 Lastly to all the manufacturers, Cine Gear Atlanta has one unique feature. Due to the relatively young age of the film industry in Georgia, a majority of the attendees I have talked to over the last 2 year are new in the business or still in school learning to become filmmakers. You might consider that while planning your show schedule for next year, since gaining the allegiance of young filmmakers can build your business for years to come.