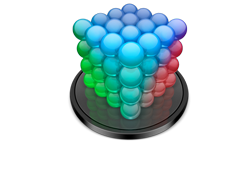 Read on after the break for the details, such as the dangers of using the new Qmaster node with older Final Cut Pro 6 installed.

I have lots of drafts of unfinished/unvarnished articles sitting around. I’m going to start posting more and polishing less, otherwise nothing will ever get posted. Sloppy? Yes. Good info out there? Yes, and that’s better.

At least for me, so far, in my experiences.

So I am carefully upgrading a client’s Final Cut Server 1.1.1 install to the new 1.5 version.

Final Cut Server has to run on an Intel box now, with at least 10.5.6 and QT 7.6. So G5s are either EOL or SOL, depending on your perspective.

Sloppy notes/thoughts/facts on whether to upgrade to Final Cut Server 1.5

1.) You can’t install the new Qmaster node (for distributed rendering, which Final Cut Server relies on heavily for conversion & transcoding) on PPC machines. You can install the Final Cut Server client, but NOT the Compressor/Qmaster node. This means no using G5s for generating preview proxies, editing proxies, format conversions, etc. A notable drag – you could with the prior version.

2.) “OK” you say, “I’ll just put it on the Intel boxes in the office, no problem.” You CAN install it, but you many not want to since…

3.) Since your G5 boxes can’t run Final Cut Studio 2009 since it is Intel only, you’d be stuck with a mixed infrastructure – some machines on Final Cut Pro 7, some on version 6. Version 6 projects can be opened in version 7, but not vice versa – so any project started on an Intel box couldn’t be opened on a G5, not without some work – XML export from 7, imported 6, which I haven’t even tried yet, and even then you’d want to double check that it did it perfectly. Which itself would take signifiant time. Bleh. So you probably don’t want to run a mixed environment of FCP 6 & 7 if you need to maintain station flexibility. Given that….

Searches are faster, you can organize your Productions differently, you can save Global Searches that show up for other users, but if you have a mixed PPC/Intel environment and you need to utilize all your resources (as in, edit on all the machines, be able to use’em all for Compressor or Final Cut Server procesing), I don’t recommend upgrading – the benefits are not that great for losing the use of the G5s. You also need to upgrade to Final Cut Pro 7 to get full integration with Final Cut Server 1.5. Hmm.

Other fun tidbit – Compressor now crashes when I try to drag in a setting to a clip after installing the the Qmaster node on an Intel box running Final Cut Pro 6.0.6.

I have a client that I helped set up a Final Cut Server install for last year – a 30TB SAN running Xsan, with Final Cut Studio 2 running on a mix of G5 and Intel boxes – about 8 in all.

So Final Cut Server 1.5 comes out, and hmm, how will that work?

I came in to do the update, and the regular IT outsource guy tells me the boot drive is failing on the Final Cut Server box (the box the server side of Server runs on).

So I spend half a day trying to save it – first try to SuperDuper clone it, but that fails – some files won’t be read from the drive – uh oh, files already going bad.

Then I realize hey, that’s what Time Machine is for – so I boot from an OS X 10.5 disc (doesn’t matter that I’m running Server 10.5.5 on that box). From the Utilities menu I can select Restore From Backup, find the backup data, tell it what date I want to recover it to, where it should put that data, and away we go!

An hour or so later it is done – I have a working copy of my boot drive now on another internal drive. Thank You Jesus. Or Steve. Whatever. It works.

I test a couple of things to verify that Final Cut Server still works as was – version 1.1.1.

Checking the install info, I need to be running at least 10.5.6 and QuickTime 7.6, neither of which are currently running.

Update Software takes forever, but it gets done.

Install the new Final Cut Server 1.5, and I immediately had some problems. Final Cut Server client couldn’t connect to the server, so I go digging – oops, checking Server Admin, Web services aren’t running. I click Start Web and it gives me an error.

The IT guys fix it, I come in the next day.

On Intel boxes, there are a couple of oddnesses that I fix by clearing the caches in the Final Cut Server Java applet on client machines, and by deleting java apps and temp files using the Java Prefs application (under the network tab).

However, still two problems: I can’t install the new Java applet the usual convenient way by going to a web browser, entering the IP of the server followed by /finalcutserver – it doesn’t work, probably related to that web services problem.

I work around this by copying the java applet from other machines and clearing caches and so forth.

Second, bigger problem – double clicking the Java applet gets me nowhere on G5 machines. The specs say that it SHOULD run OK on those, but it isn’t. Until I resolve the remote Java applet download issue, I’m stuck.

I broke Compressor when I installed the Final Cut Server’s Qmaster Node – when I tried to Export Via Compressor from FCP 6, Compressor crashed when I dragged in a setting.

This is disheartening but makes a little bit of sense – the new Compressor in Final Cut Pro 7, and the capabilities in Compressor 3.5 accessed via Final Cut Server 1.5 (I’m talking about direct DVD/Blu-ray burning, Youtube & MobileMe direct posting, etc.) are beyond the ken of Compressor 3.05 – it has no idea what those features are about. The “Oh crap!” bit is that it DOES install successfully, but then you can’t access rendering capabilities on your own box after installing that newer Qmaster node stuff. After installing the Final Cut Server 1.5 Qmaster node on a Final Cut Pro 6 Mac Pro, the only options when I clicked Submit in Compressor were for another Final Cut Pro 6 cluster node – the local Quick Cluster, as well as even This Computer, were not even listed (not even greyed out!) in Compressor. This probably will not be an acceptable solution for most folks.

So if you have a mixed G5/Mac Pro environment and you are thinking about Final Cut Server 1.5, I’d be inclinced to say Don’t Do It if you want to keep gear flexibility. If you can stomach that this is the Beginning of The End for those G5 boxen (and I personally have 3, I Feel Your Pain), upgrade your Intel boxen to OS X 10.5.6 or later, QT 7.6.x (BTW – 7.6.2 has the ProRes 4444 and other new flavors as read only for Intel boxes), and then upgrade to Final Cut Pro 7 and Final Cut Server 1.5.

If you can’t accept that as viable, then don’t upgrade is my advice – there are too many “Oh, crap, I didn’t realize THAT” limitations otherwise.

G5 boxes (as well as Windows machines) should be able to run the client software ,but how well do they interoperate with Final Cut Pro 6.0.6 with Final Cut Server 1.5? I dunno yet, I can’t test it until I get other issues fixed…more later.