While Panasonic teases with new images of its new compact cinema camera that will be unveiled at Cine Gear Expo, Canon confirms the rumors and reveals the EOS C200, leaked by a dealer hours before the official announcement. 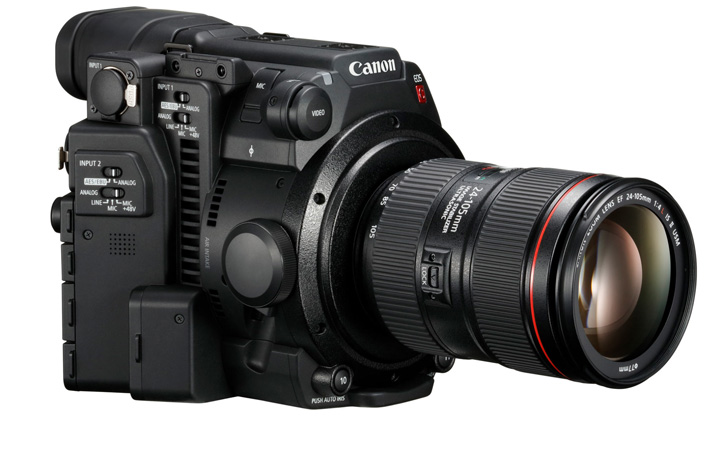 The new Canon EOS C200 introduces a new RAW recording format: Cinema RAW Light. Smaller file sizes saved internally to a CFast 2.0 card. The cameras – there is a Canon EOS C200B – will be on display at Cine Gear Expo 2017.

No NDA will ever stop rumors from appearing, sometimes months before the official release, images to be distributed, revealing everything that someone is trying to hide. The same happens again, this time, with the Canon EOS C200. The company may well try to keep a veil over the product, but the information appears everywhere. The EOS C200 is such an example. For a couple of months the rumors have suggested what now the company is about to confirm.

I write “is about to confirm” because, while I write this, the official press-release from Canon is not yet available, yet the information about the camera was published, ahead of the end of the embargo, by one of Canon’s dealers. So it’s official, the new Canon Cinema compact camera is out. It’s interesting, though, that the non-official information appears hours after Panasonic revealed a bit more about their own compact Cinema camera, a model that may well be on the same level as the Canon EOS C200. 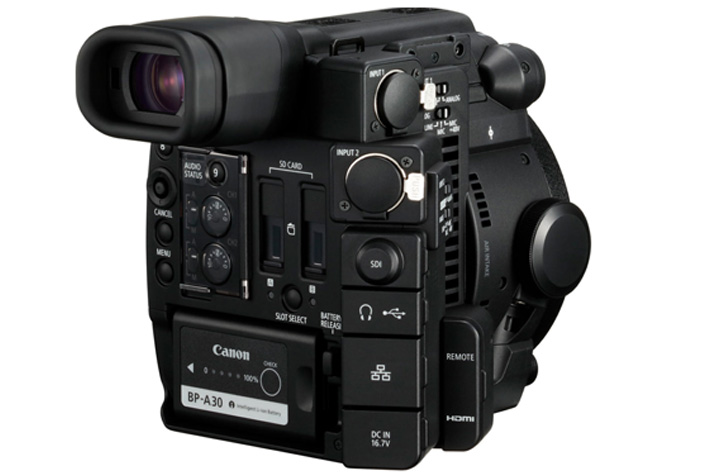 The new Canon EOS C200 aims to be the ideal camera for single shooters, offering 4K saved internally in a model that will cost somewhere around $7,499 according to the information from Canon. The new camera is a compact model, as expected, and lightweight ( just 1.4kg for the body),  designed for comfortable hand-held shooting, suggesting benefits to those who are filming for long periods. The compact size also makes the camera suitable for mounting onto a drone or gimbal. Canon offers two configurations, with the EOS C200B being priced at $5,999, without some of the accessories.

The ability to record RAW internally to a CFast 2.0 card is one important asset of the new model, but that option is associated with what Canon calls Cinema RAW Light, a new RAW format which makes its debut here and may well be the way forward for Canon. Canon says the Cinema RAW Light of the EOS C200 provides the same flexibility in colour grading as Cinema RAW in a smaller file size, enabling filmmakers to record internally to a CFast 2.0 card. It’s an interesting solution, and if it REALLY works, maybe this is the technology/format Canon will extend to its top-level DSLRs. Maybe…

The new format needs to be supported, so Canon has worked with several partners to ensure Cinema RAW Light is integrated with various software programs. As a result, editing and grading of the Cinema RAW Light video format will be supported in DaVinci Resolve of Blackmagic Design. Editing will be possible in Media Composer from Avid Technology, using Canon RAW Plugin for Avid Media Access. This format can also be processed using a Canon application, Cinema RAW Development. 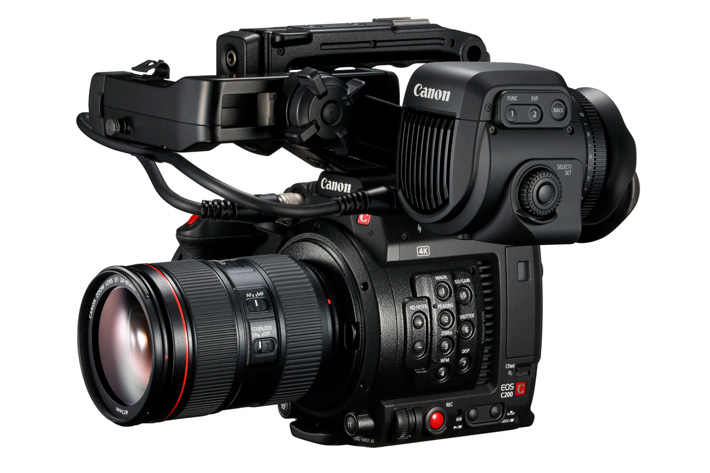 The ability to record internally 4K UHD/50P MP4, 4K DCI RAW and continuous 120fps High Frame Rate (HFR) in Full HD without crop derives from the use of newly developed Canon Dual DIGIC DV6 processors. The autofocus is also better, according to Canon, due to advances in the Dual Pixel CMOS Auto Focus technology, which is now a regular feature of all professional models when once it was said to be a thing for amateurs. A new touch screen LCD monitor provides smooth AF operation and effective tracking.

Built-in Wi-Fi and Ethernet connectivity allows for browser remote control and the ability to transfer files via FTP, whilst the camera’s compatibility options mean new and existing accessories can be used, including Canon’s electronic viewfinder – the EVF-V70.