With the new update of the Adobe video apps I think its worth a reminder to be careful when updating so you can keep your old(er) version if you need to get back to it. With the recent redesign of the Adobe Creative Cloud app, I think this warrants its own post instead of being tacked onto my article on the Adobe Premiere Pro 2020 update.

There is no problem leaving multiple installs of Premiere on your system. Adobe even facilitates this with an option to keep older versions installed when updating to a new, major release. This isn’t always an option because sometimes the smaller dot releases don’t give this option. And sometimes it’s even possible to open a newer project file in an older version of Premiere. Sometimes but not often.

Let’s walk through this. 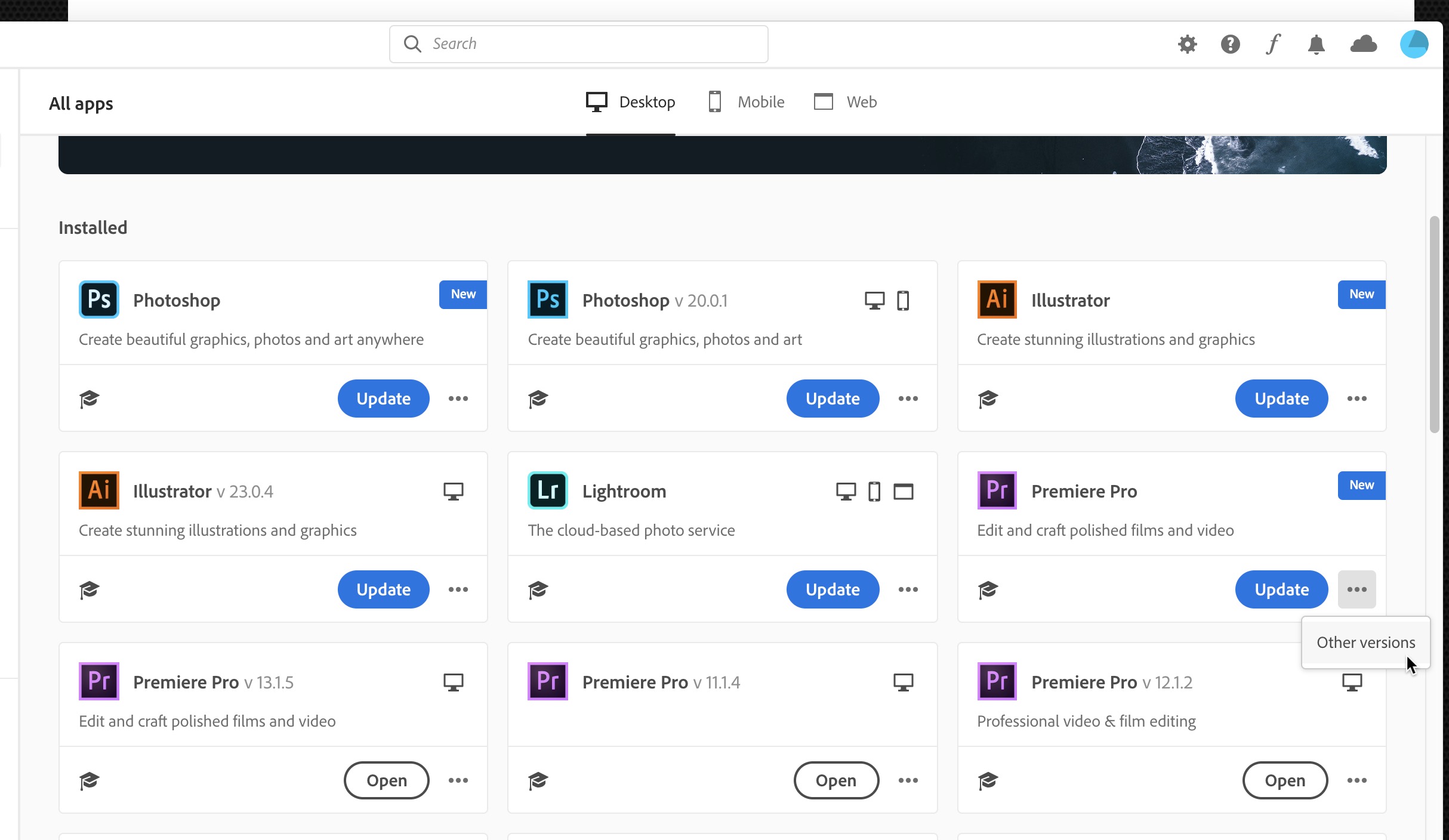 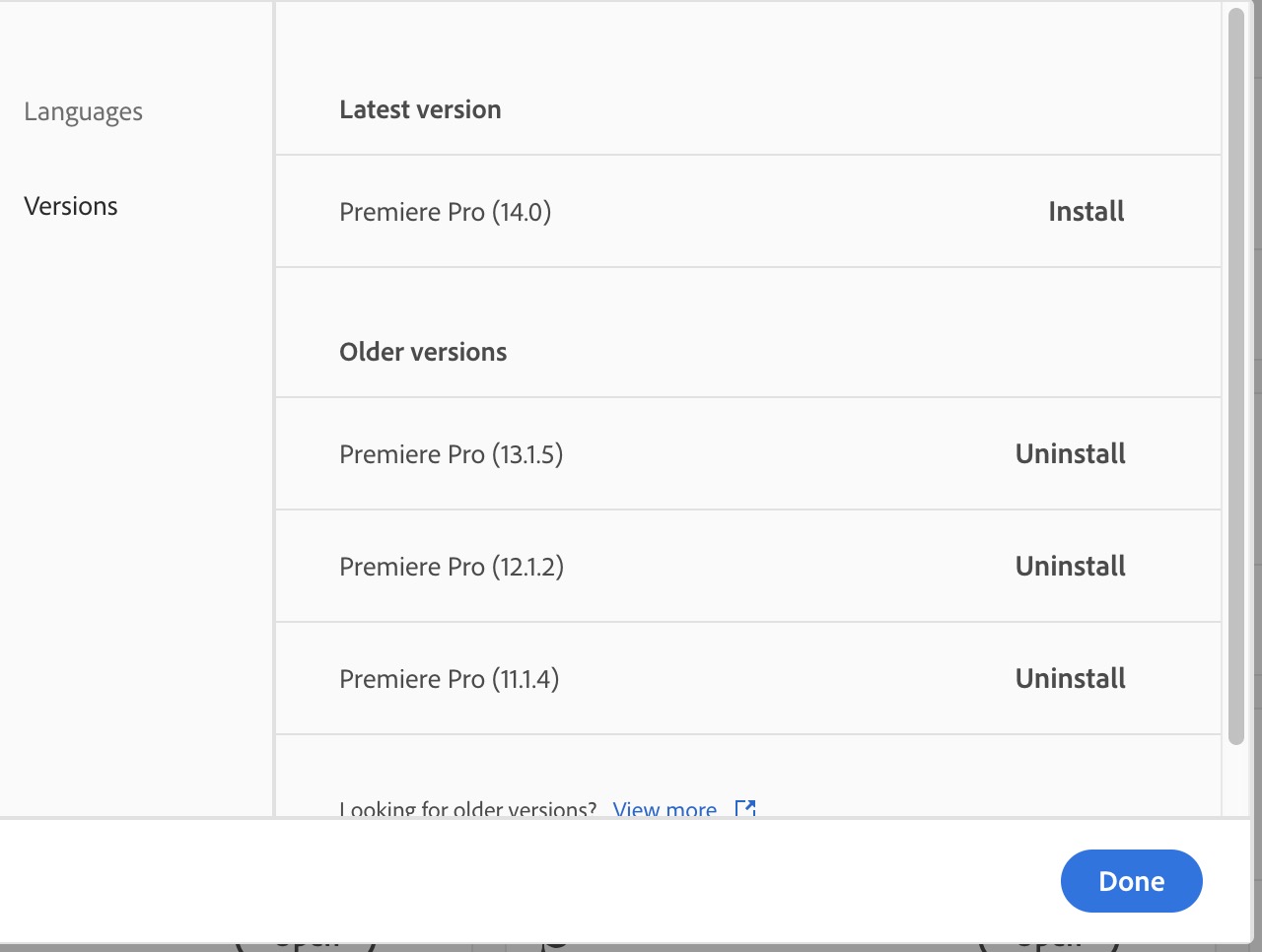 This is what I have installed and what is available. If you think back there was some controversy earlier in the year as Adobe eliminated some of the older versions of the apps that were available. Some users saw different things depending on what you had installed but if I was to uninstall the 11.1.4 version above I don’t have any idea if I would be able to re-download it again. I’m not going to try but the truth is I don’t think I’ve opened it in a long time but I guess it’s better to be safe than sorry. 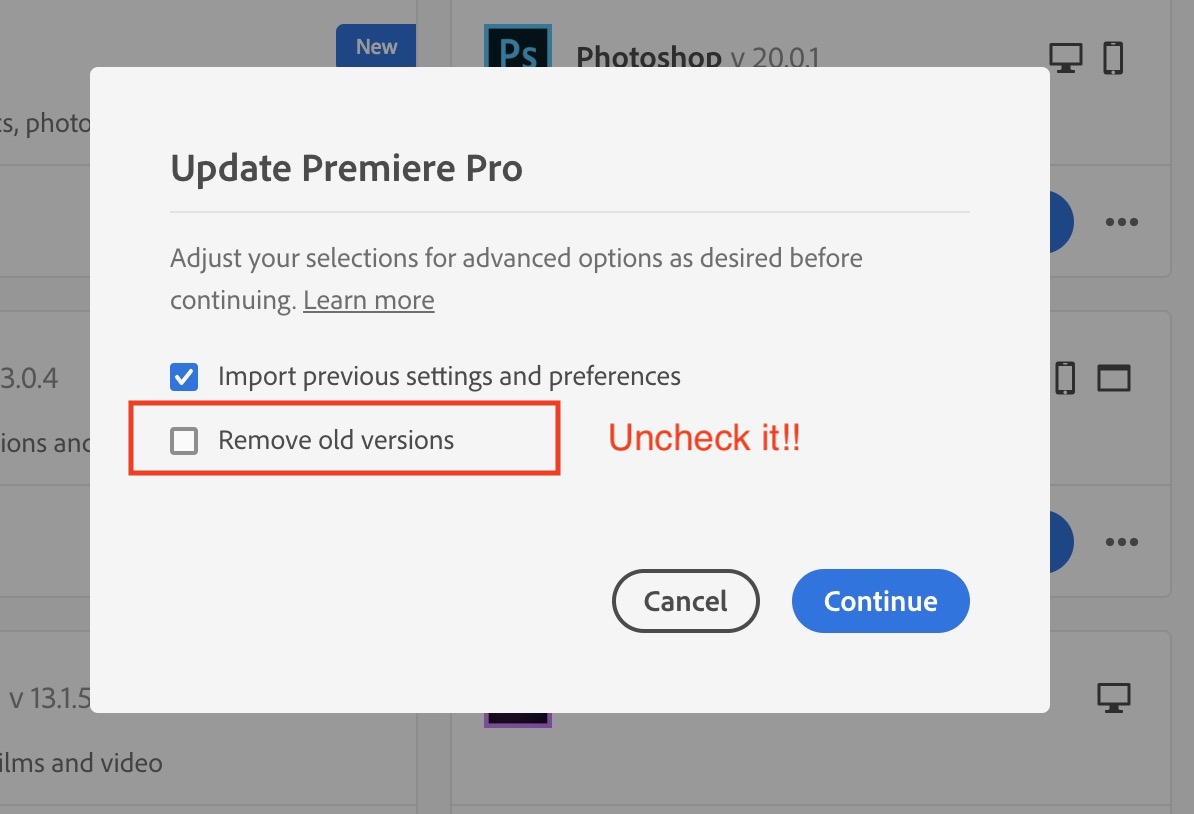 Also, note the Import previous settings and preferences. I always leave that checked as I have different keyboards shortcuts, metadata preferences, track patchings and timeline height presets saved and I always want them to move forward. I’ve seen reports that if you choose to remove the older versions that these settings might not transfer even with the Import box checked.

And while you’re at it check your Creative Cloud app preferences and make sure the Auto-update is turned off under the Apps tab. Under the General tab you can probably leave the Always keep Creative Cloud up to date as that is just for the CC app. But don’t let Adobe update everything else. Do it manually on your own terms.

It will then do its thing.

You may be left with something like this above. Notice that the new Adobe Premiere Pro 2020 no longer has CC in its name as Adobe has dropped the “CC” so it won’t sort the same alphabetically. 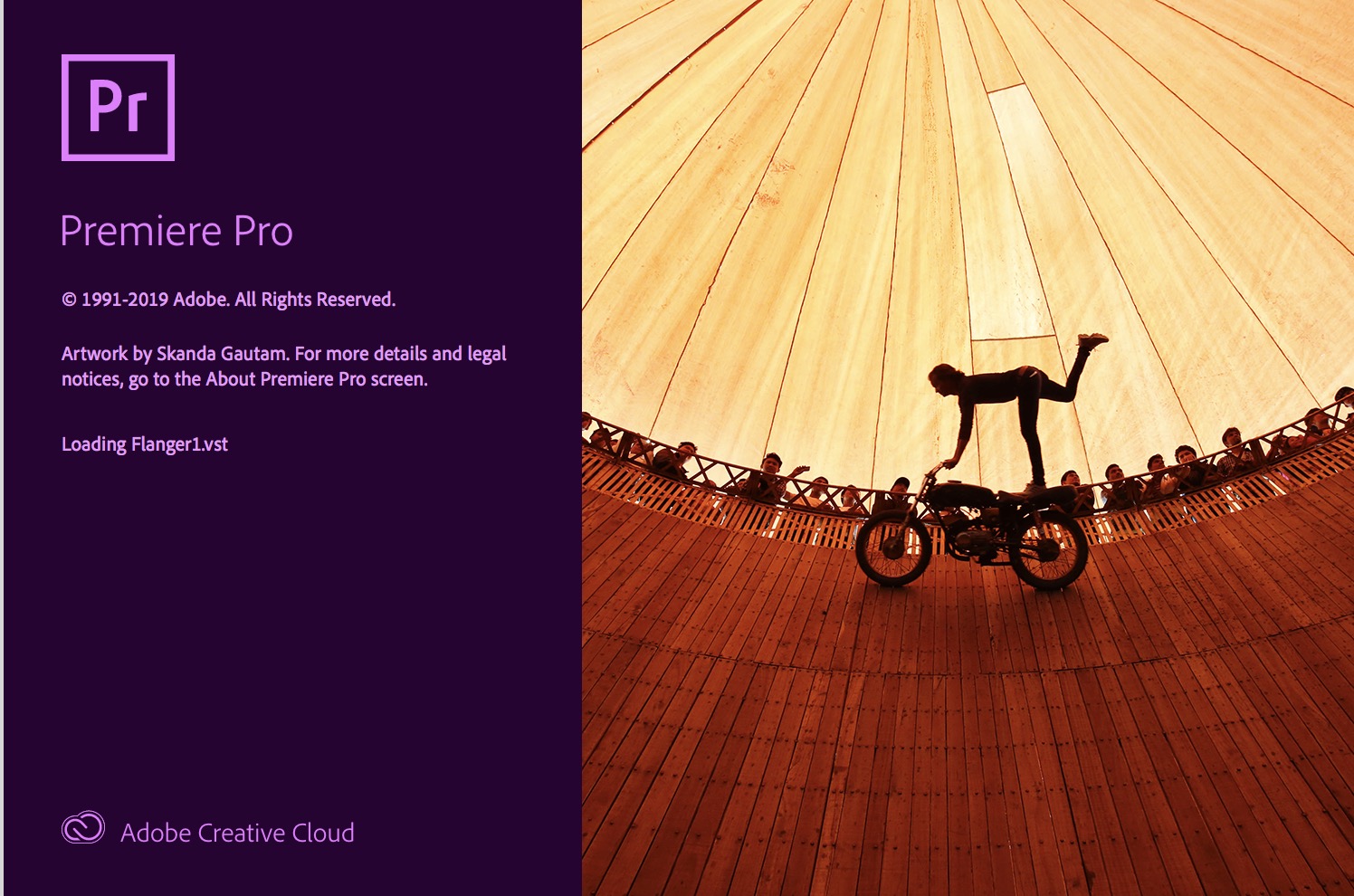 Happy smiles as we get new splash screens on these major updates.

When opening an older project in PPro 202o you’ll be prompted to save it as a new version as newer projects can’t be opened in older versions. I tested it. I added the CC2020 in the project name above to help me know what is what as far as project versions go. 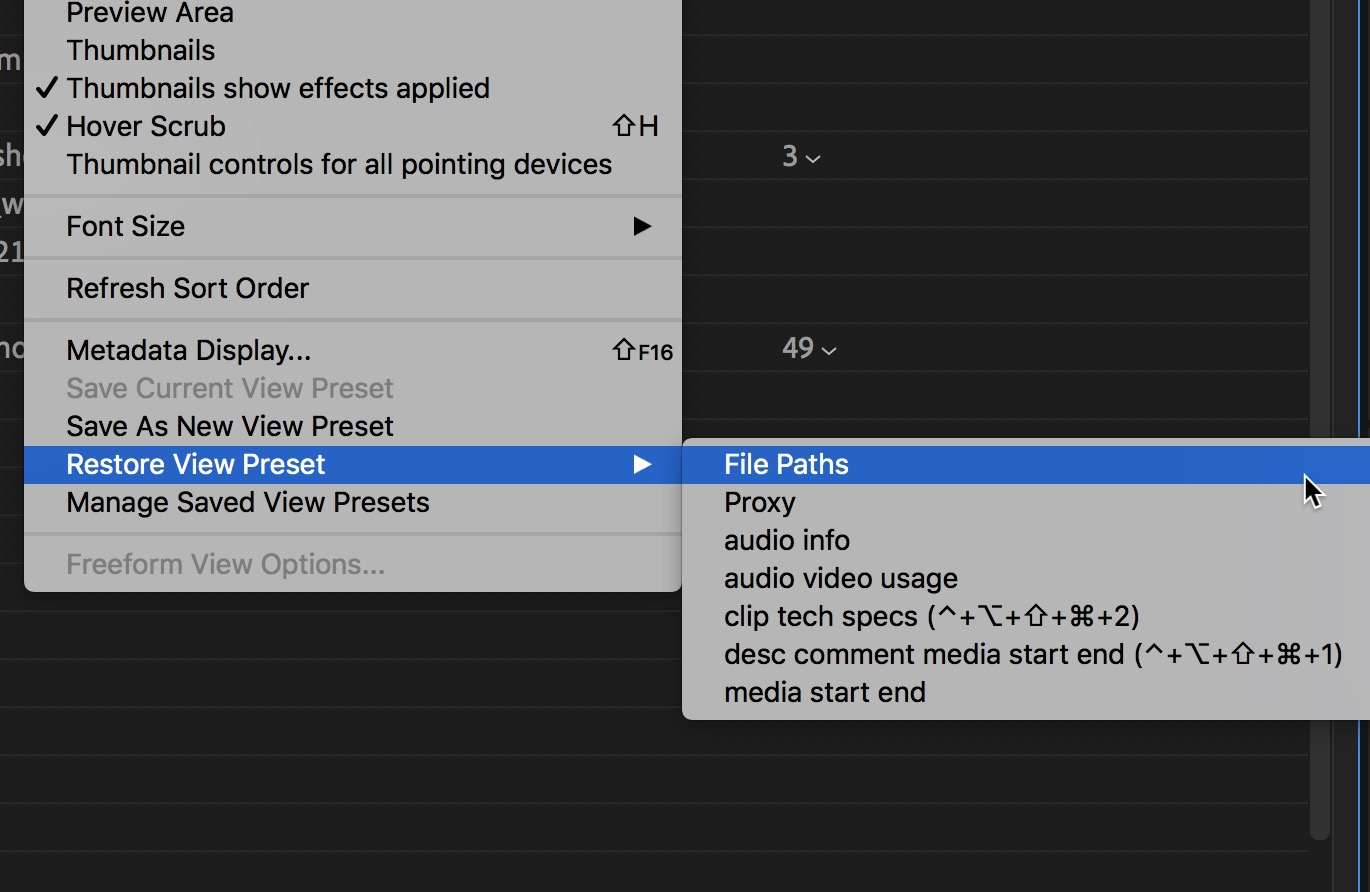 Above are just some of my saved settings that came across into the PPro 2020 update. All the rest of them were there.

If you really get separate you can use one of the unofficial and unsupported Premiere project downgraders out there. But those are used at your own risk. Wonder what happens to a newer PPro project that has had new features that is then downgraded? I wondered the same thing so here’s a quick test.

I took a project and pumped the volume up to the new +15 db and did some Auto Reframe in PPro 2020. I think downgraded that project and opened it in PPro 2019. 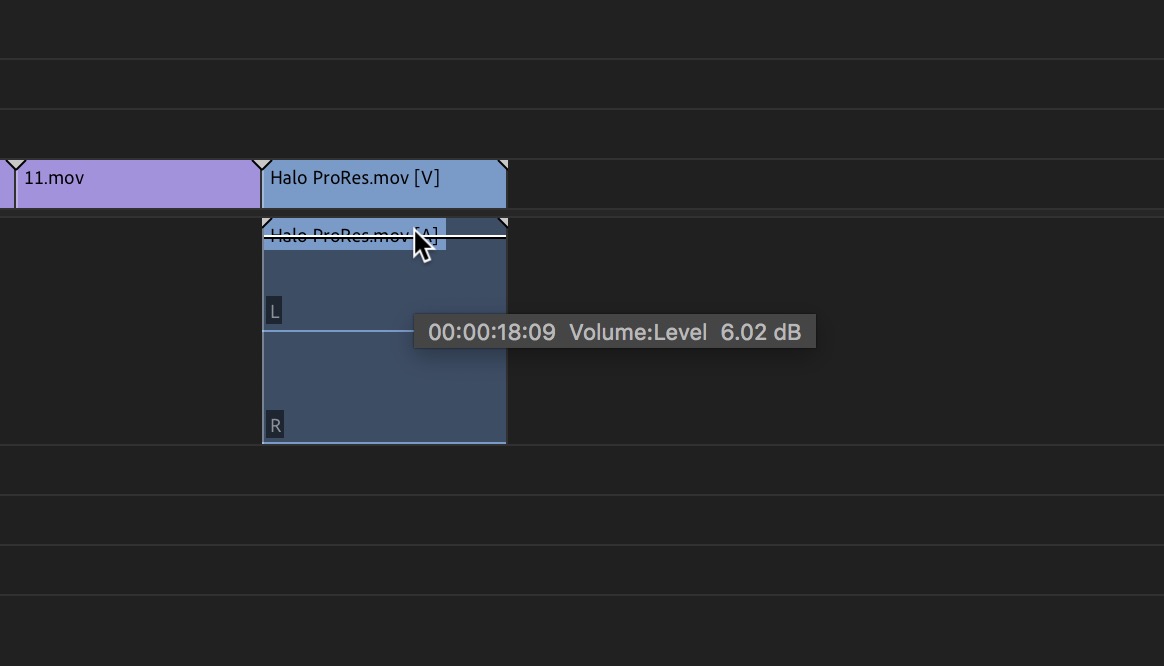 The audio opened back up with the old maximun db of +6. It playbed back fine. 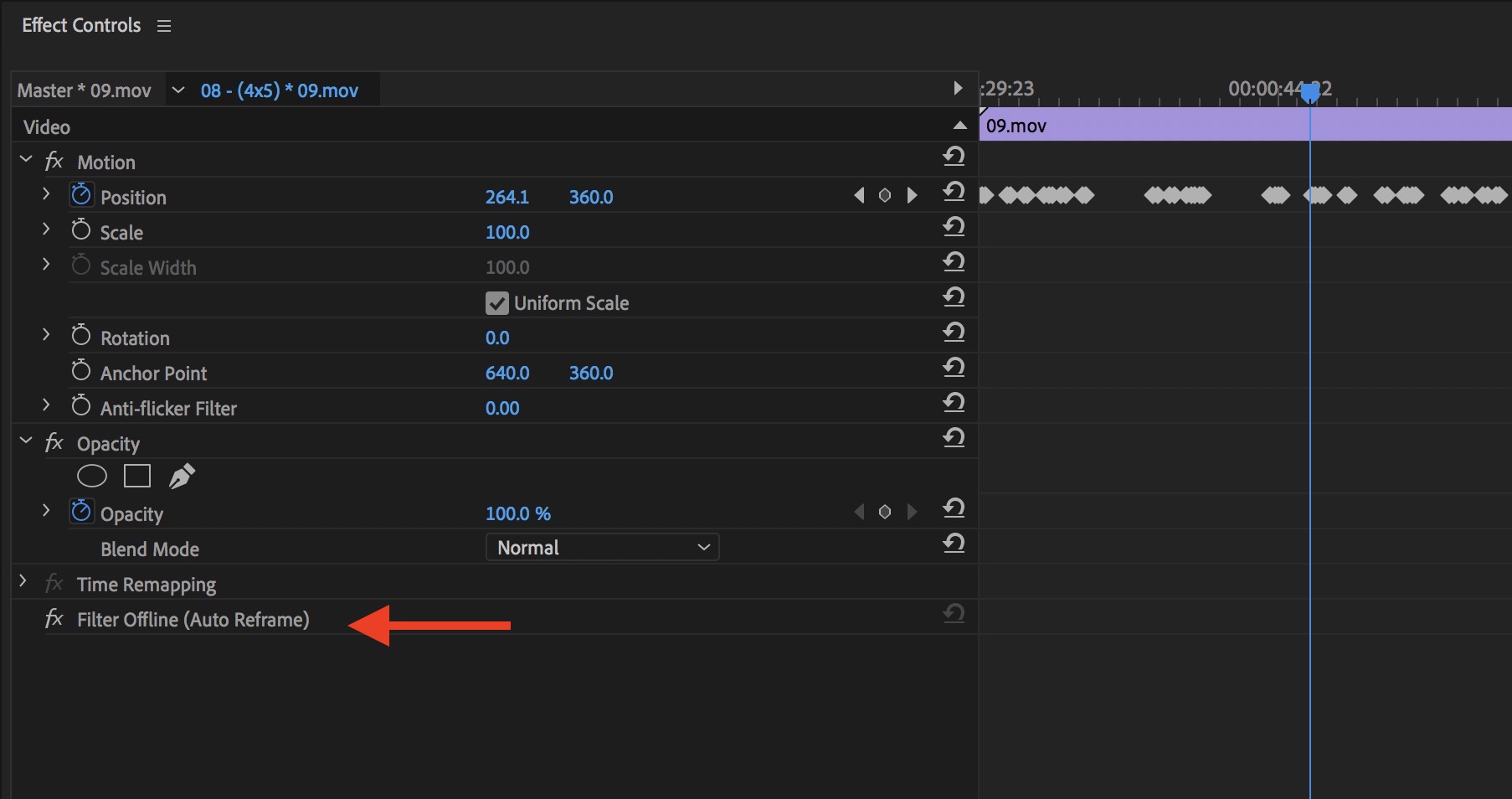 The Auto Reframe sequences opened up in the downgraded project with all of the resizes and keyframing intact that was generated in PPro 2020. The Auto Reframe effects is gone and shown as offline in the Effect Controls as you can see above. This is what happens when you open most any project into a different version of PPro or an install that is missing third party filters and effects. Obviously those filters won’t show if they are offline. In the case of Auto Reframe you won’t be able to reanalyze any clips but if you’ve done the reframe work it looks like it’ll all be there if you downgrade. But best practice is to not downgrade your Premiere project file if it can be avoided.