Central hall is almost always where NAB attendees want to spend most of their time, and 3D Robotics’ presence there this year likely caused more than a few people to stay even longer than they had planned. Their Solo announcement was one of the highlights of the entire show, as the dual computing power, 3-axis gimbal and control improvements make it one of the easiest drone to fly currently available. 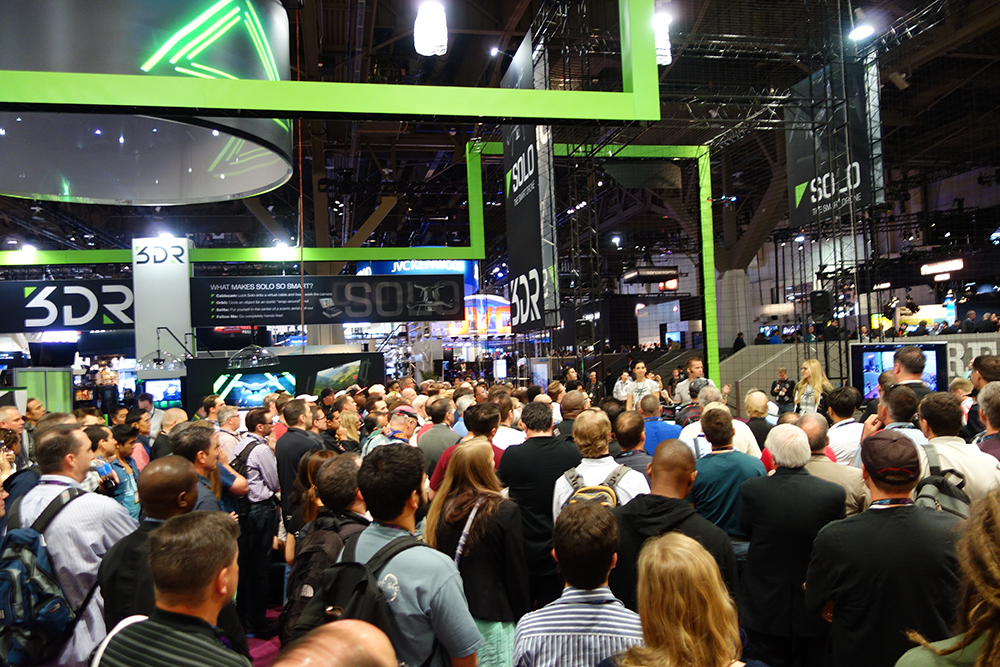 Central hall is almost always where NAB attendees want to spend most of their time, and 3D Robotics‘ presence there this year likely caused more than a few people to stay even longer than they had planned. Their Solo announcement was one of the highlights of the entire show, as the dual computing power, 3-axis gimbal and control features make it one of the easiest drone to fly.

We wanted to learn more about what went into the Solo and how this development is going to impact users, so we talked with Colin Guinn, CRO at 3D Robotics, to explore some of these details. Colin joined 3D Robotics in 2014 after co-founding and serving as CEO of DJI North America. He understands and can talk about the technology from an engineering side but is also able to relay important details to users no matter their experience level.

Colin discusses his experience at NAB, what makes Solo different from other drones, where the “black box” concept came from and plenty more.

ProVideo Coalition: 3D Robotics had some of the biggest news at NAB, and that was evident by the reception we saw at your booth. Can you talk about the excitement you felt at the event and from attendees?

Colin Guinn: The atmosphere was definitely electric. It felt like there was this constant updraft whenever you walked into the booth. We had so many enthusiastic fans, new and old, it was just a pleasure to hang out and talk to all of them and show them what Solo can do. After spending 18 months working around the clock to develop a drone that is all about the user and their experience, it was awesome to see the people we made Solo for get so excited about what it can do!

Based on the conversations you had with attendees, how are most people looking to utilize this technology?

What is it about the Solo that makes it stand out from other UAVs/drones?

Simply put, it’s the smart drone. It’s powered by two computers, one in the copter and one in the controller, that enable nearly magical new technology—like Smart Shots, which is computer-assisted cinema. One-touch, one-take shots—even let Solo handle both the flight and the shooting, smooth as a seasoned pro. Solo makes it easy for even new users to get professional quality shots from day one. Plus the computers enable a ton of other world-first technology, like wireless HD straight from GoPro to your mobile device, new flight safety features and a revolutionary customer support system that extends all the way to the drone itself.

Is the Solo better suited for a novice or someone who had some experience flying drones?

Both! Built for beginners; built for pros. Experienced pilots can rip around all they want (this thing does 55mph easy), but with the ease of pushbutton flight and new advanced autonomous features, new users can now fly and shoot with confidence…I’ve accompanied a number of “first flight ever” pilots on their inaugural drone flight and watched them get no less than 5-6 beautiful shots on their very first flight, using Cable Cam, Selfie, Orbit and Follow Me. It’s awesome to see the look on their faces while they watch the HD feed on the iPad as they get a 5 axis cinematic shot within minutes of taking off for the first time ever – that’s what I’m most proud of. 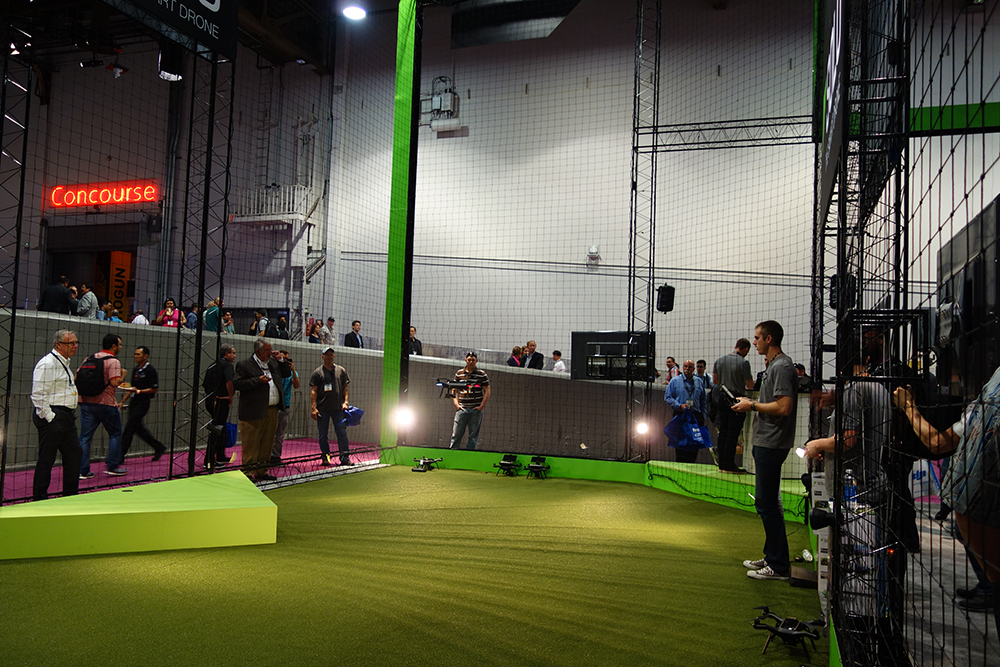 How essential is the Solo’s integration with a GoPro camera?

It’s key. We asked what camera people most want to fly, and 50:1 it was GoPro. It’s simply the best sub-100 gram camera on the market today – by far. So we partnered with GoPro to develop the Solo Gimbal, the only gimbal in the world with full access to GoPro controls. Now you can do anything with a GoPro in the sky that you’d want to do with it in your hand—start and stop recording; snap photos; access and change GoPro settings like FOV and frame rate; all while charging the GoPro and providing an HD feed to a mobile device OR through the controllers HDMI output.

What features are you most excited about?

Smart Shots. Especially Cable cam—lock Solo on a virtual cable between any two points in the air, and you’re free to work the camera without having to worry about copter direction. Solo can even memorize the exact frames that you set at either end of the cable, and will smoothly pan & tilt the camera from one to the other at the exact speed you want—handling both the flight and the camera work automatically. After years in this industry, I can tell you I’ve never seen a human that can execute shots with the perfection that Solo’s onboard computers can…it’s pretty wild!

Can you talk about some of the features 3DR offers their customers in terms of support that no other manufacturer does, including replacing the cameras that your drones use?

Thanks to the 1 GHz computer built into our revolutionary new controller, we’re able to save 500 parameters of flight data 10 times a second right on the controller. This means you literally have the “black box” in your hands—even in the event of vehicle loss, you’ll still have all the flight data. Our app will immediately prompt you to submit a service ticket wirelessly, and if we see that you’ve lost anything due to system error—the copter, the gimbal, the GoPro—we’ll replace it.

The concept of a “black box” is pretty unique for UAVs/drones. Is that something your customers have been requesting?

Actually, no…but I think that’s just because people didn’t realize it was possible…and it’s only because of our onboard computers can Solo do this. I know I’ve said this 100 times, but it’s worth repeating; we started Solo with a list of 20+ major pain points that users have had in the past. One of the big ones was the ability to provide FANTASTIC support for a flying robot. The only way to do this is by knowing everything about the flight – even if the drone is gone. So we were simply forced to find a way to do this…and it didn’t work to just rely on the mobile app – because what if the app wasn’t running when someone was flying Solo? We wanted to make sure that we’d always have the flight info – no matter what.

Our own Jeff Foster has laid out and updated the essentials of what people need to know when it comes to “drone rules”. How do you think this topic will evolve and eventually be defined?

First of all, safety will always be paramount. Fly with common sense, and always be observant of the people and environment around you. I do think there’s a strange sort of paradox that develops as drones get easier to use: first, more and more people will use them, and there will be more and more new and inexperienced users; second, as drones get easier to use, people will be expecting to do less work. So this adds up in total to probably a less rigorous general user. This means that we need to make sure our drones are advanced enough to anticipate things on their own—sense and avoid will be huge here—but we also need to keep up a steady and friendly output of education, so people know how to fly and how to fly safely and respectfully.

It seems like it’s easier than ever to fly a UAV/drone but the technology continues to evolve at an incredible pace. Why is NOW the best time to get involved, as opposed to when the next version is available or when the technology is even further refined?

Well, as technology improves, things get cooler and better and easier to use—that’s just a general truism, and not by any means specific to drones. I mean, we all know the next iPhone or the next GoPro or the next insert anything here will be better, with increased functionality and cool new features, etc etc, but we’re not forever sitting back and waiting out one product simply because we know the next version will be better. We know that that’s how innovation works; we buy those products, and are happy as hell to have them (I just got the first version of the Apple Watch!). But as for why today, that’s easy: Solo marks the first time where the technology really is smart enough and simple enough to use that it’s truly made it easy for anyone to get flying and start capturing great, cinematic aerials like a pro. No joke: Anyone can buy a Solo and get great shots today. And if you’re a pro and wondering why you should get a Solo, you’ll understand that Solo’s technology speaks for itself—you can elevate your aerial game today, with a relatively small investment.

So yes, technology inevitably makes things easier and cooler, because that’s what innovators like 3DR do—but because we’ve kept Solo open, when we do add those cool new features, updates and accessories we won’t make you go out and buy Solo 2 to get them. They can be seamlessly incorporated into the Solo that you buy today—and all our new flight and software features and updates will be free. In other words, Solo doesn’t exist as a product in a vacuum, one integer in an endlessly expanding series. Instead it just gets better with time, so getting started today won’t mean you’ll be behind the curve and obsolete a year from now—Solo will evolve with technology. 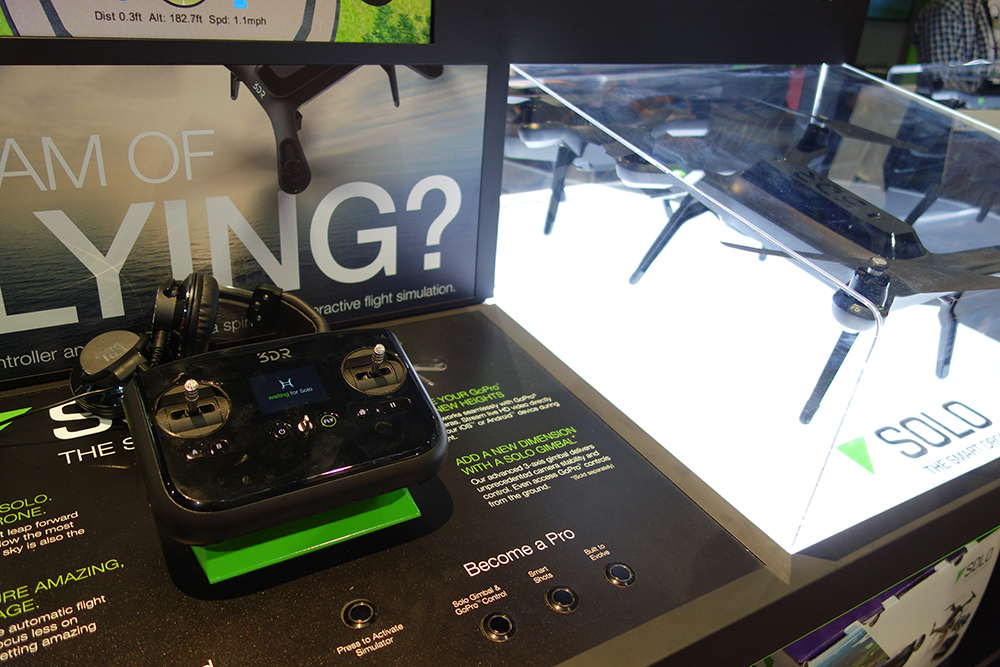