In addition to adding many other general improvements, Canon is first to fulfill wishes from my Open Letter.

Back in November 2011 (17 months ago) I published an Open Letter to pro AVCHD camera manufacturers. With their introduction of their new XA20 and XA25 cameras at NAB 2013, Canon has fulfilled some of the key wishes I had expressed in that Open Letter, in addition to making other improvements over the XA10, which is being replaced by these two new models. Ahead we’ll review that Open Letter and take a first look at these two new camera models.

Here is a link to the complete 2011 Open Letter, which was directed to professional AVCHD camera manufacturers, which at that time were Canon, Panasonic, and Sony. [At that time, JVC Professional was not offering pro AVCHD cameras, or any other type of H.264-recording cameras. At that time, JVC offered cameras that recorded MPEG2, similar to Sony’s XDCAM-EX, either wrapped either with QuickTime (.mov) or .mp4. Despite the mp4 wrapper, the video that was inside was encoded with MPEG2. I am pointing that out to clarify why my 2011 Open Letter was only directed to Canon, Panasonic, and Sony. Since then, JVC Professional has released cameras that can/do record H.264/AVCHD, but that was later.]

The original 2011 Open Letter was actually part 6 of my PsF’s missing workflow series. The letter is divided into the following sections: the introductory paragraph, What I understand from the consumer camera divisions about why they invented the AVCHD format (one paragraph), What I understand (and what I like) about the pro video cameras in the AVCHD price range (one paragraph), and What I don’t get —and really disturbs me— from this pro video camera segment (three numbered points), and Suggestions to the professional AVCHD camera manufacturers (seven numbered points). Since many of our readers probably read the 2011 Open Letter, I won’t repeat it all here. If you haven’t read it, here’s the link again. The rest of this article will still be here when you finish reading it 🙂

Which points of the suggestions did Canon incorporate?

I have sent 14 questions to Canon to clarify 14 details about the XA20 and XA25 (the HD-SDI model), so it is very likely that in a few days I’ll be publishing another article called: Canon answers Tépper’s 14 questions on XA10 and XA20. In the meantime, here are a few definite improvements (without the details):

As you can tell, there is much more to tell and explain, thus the upcoming Canon answers Tépper’s 14 questions on XA10 and XA20 (or similar, if they only answer some of the questions).

Other improvements of the XA20 and XA25 compared with the XA10? 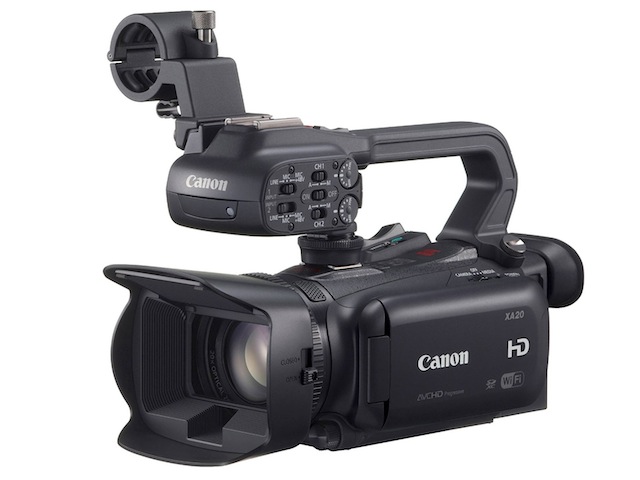 Here are some improvements I see at first glance. However, I do hope to do a full review of at least one of these cameras if Canon permits it. 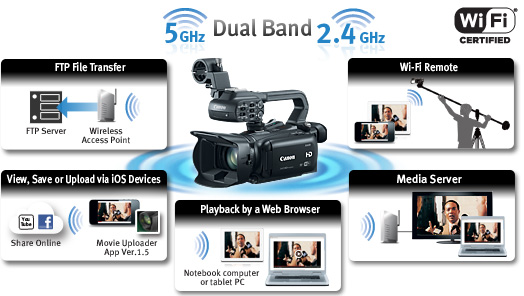