Prototype cameras with 8K will be at Canon’s booth for NAB 2016, but do not expect to see the promised EOS 5D Mark IV with, eventually, 4K movie. The Mark IV will probably only arrive in time for Photokina. 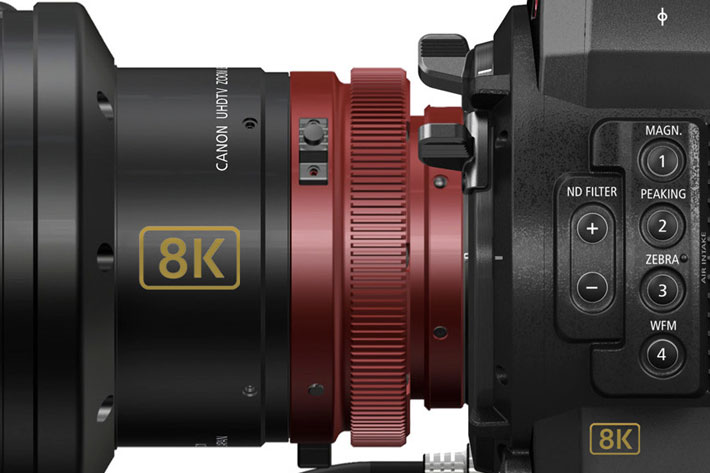 Canon will have its 8K Ride Experience at NAB 2016. No, make no mistake, the 8K prototype cameras will also be there, but the 8K Ride Experience is something else: 8K video projected on large screens surrounding viewers to give them a unique sense of movement while sitting or standing still.

The 8K Ride Experience, which was first used at Canon Expo past September in New York, uses high resolution imagery projected from all angles, and the technology can simulate a physical journey often sparking a physical and emotional reaction. But for many visitors that will not be enough, and only seeing the real 8K from working prototype cameras will make them happy. Canon will have those at NAB 2016, lenses included and Canon’s 8K display’s to show what can be achieved. No date for delivery yet, though…

On the 4K front, there will be more stuff to look at. Like the prototype 4K Projector capable of covering up to 100 percent of the DCI color space.  Canon will also showcase its full line of professional 4K and high-definition imaging equipment for motion picture, television production, video content creation, and still photography.

Visitors will also have hands-on opportunities with the full range of Canon Cinema cameras, 4K reference displays, HD Video and DSLR cameras, including the recently announced EOS-1D X Mark II and EOS 80D DSLR Cameras. On the lens side, users can see the latest in Canon Cinema, Broadcast, and EF lenses. In addition, on display will be Canon’s line of high- resolution Projectors, including a 4K HDR Projector and its first laser model, the LX-MU800Z. 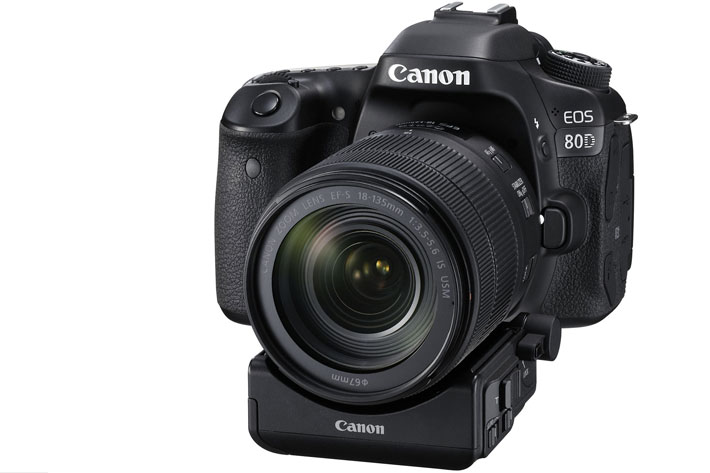 The much expected EOS 5D Mark IV will not be present at NAB 2016, but visitors may well look at the EOS 80D which, apparently, introduced features we will be seeing on the new camera. According to the most recent rumors, the EOS 5D Mark IV will have Dual Pixel AF, touch screen (tiltable?) and a new sensor able to work in a similar fashion to the one on the EOS 80D, meaning better dynamic range, something missing in previous Canon DSLRs. The new camera will also have 4K, it seems, to make many people happy. But we have to wait for Photokina, next September, to see the new model.

“The NAB show is Canon’s opportunity to show our valued customers and the industry our latest technology as well as the multitude of ways that Canon digital imaging solutions can help them achieve their vision,” said Yuichi Ishizuka, president and COO, Canon U.S.A., Inc. “NAB is an amazing show for us to connect with professionals in all aspects of video creation, editing, and distribution.”

Cinematographer James Neihouse, ASC will be presenting alongside Marsha Ivins, a former American astronaut and veteran of five space shuttle missions, about the making of the IMAX movie A Beautiful Planet. The film, premiering in April, was largely shot aboard the International Space Station using Canon EOS C500 and EOS-1D C Cinema Cameras in 4K. Neihouse has worked on more than 30 IMAX films, including Space Station 3-D and Hubble 3-D. He has also trained more than 25 shuttle and space-station crews on the intricacies of large-format filmmaking.  Ivins consulted on A Beautiful Planet drawing on her many years of experience with filming in space during her tenure with NASA.

Additionally, there will be presentations and panel discussions throughout the show featuring Canon Explorers of Light, ASC members, and other emerging voices in imaging culture. Another Tool in the Belt: Dual Pixel Autofocus in the Canon EOS C300 Mark II by Geoff Boyle, Choosing the Right Canon Log for Your Production by Jon Carr or From Surf to Shore: 4K on the Canon EOS-1D X Mark II by Zak Noyle are examples of sessions visitors will be able to attend while at NAB 2016.

Canon’s Professional Services (CPS) will again be hosting the Canon Hospitality Suite. The Canon Hospitality Suite is open to all NAB tradeshow attendees with priority support for CPS Gold, Platinum, Cinema, and Enterprise members.  Visitors to the suite, located just off of the tradeshow floor, can experience Canon’s commitment to service and support for the professional imaging community.