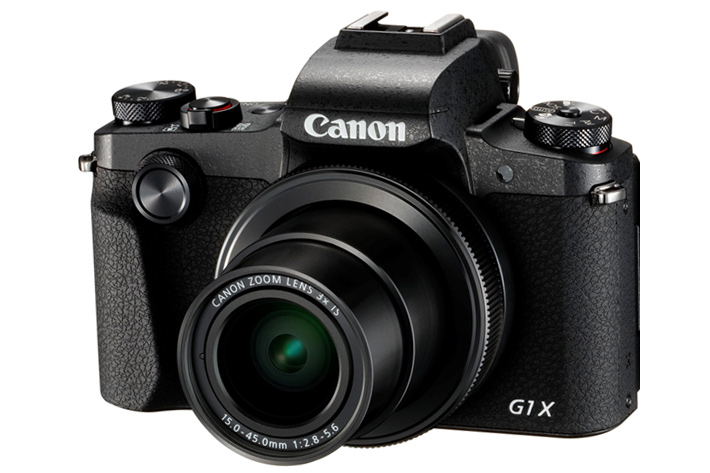 Canon says it unleashes now its best ever PowerShot G series camera – the landmark PowerShot G1 X Mark III. Again, it does not have 4K, only Full HD at 60.

Even before the camera was officially launched, the rumors on the Internet where consistent: no 4K, again! What is Canon thinking? We’re in 2017… Well, I believe Canon is aware of that, they simply do not want to include 4K in these models for the general public and the enthusiast looking for a compact, which this one is, that feels and works almost as a DSLR. DSLRs continue to bee the dream of every photographer, apparently, as Canon continues to build cameras that look like DSLRs.

In fact, even the G1 X family, which looked different in previous models, now takes the DSLR-like shape, with a central EVF and that hump on top. This shape and style is not new for Canon, as the company tried it in the mirrorless EOS M5 model, although with some differences, and the exact same look in the PowerShot G5 X. It’s part of the family, so expect the shape to continue, although some people say this is one of the ugliest cameras around. On the other hand, some say its retro look makes it an interesting model that attracts the attention of people.

Leaving cosmetics aside, what we have here is a compact camera, replacing the G1 X Mark II, which Canon presents as “a killer combination of Canon’s EOS DSLR image quality with the handling and compact size of a PowerShot”. With a new, precision, 3x optical lens, an APS-C sensor and Canon’s DIGIC 7 processor, this camera is, continues Canon, “versatile enough to be used for high-quality street photography, all the way up to documentary-style storytelling.”

For videographers, there is nothing new here. It’s a Full HD 60p movie machine, as is common for Canon, able to save files in MP4 format. Engineers at Canon included in this model the 5-axis Advanced Dynamic IS, for smooth, stable filming, even when you move about. Dual Pixel CMOS AF is also present, a first for a compact camera, confirming that Canon did take time, but is now implementing the technology in all its photographic and video products. Remember when people said Dual Pixel CMOS AF was a gimmick and would never work? Well, it seems they were wrong. 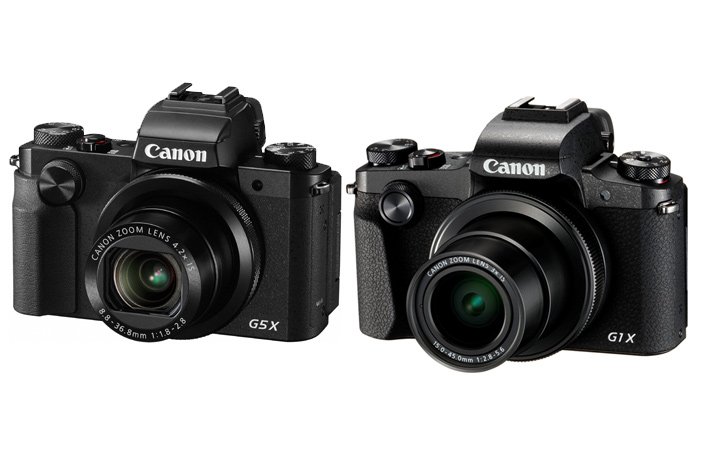 Dual Pixel CMOS AF enables the creation of cinematic ‘focus pulls’, one feature that many have come to appreciate when using the system. Drag your finger over the image visible on the LCD back panel and the magic happens. The camera also offers the familiar time-lapse movie function, for the first time in a Canon compact. For photographers, there is also a panoramic mode. With the simple push of a button, and horizontal or vertical movement of the camera, you can effortlessly capture panoramic images.

The APS-C sensor, similar to the one seen in the EOS 80D, and with capabilities to shoot in an ISO range of 100 to 25,600, is a good indication of what photographers can expect, as the EOS 80D is known as a good performer in different situations. From high contrast scenes, such as indoor environments where detail, clarity and low image noise are critical, to low contrast scenarios, such as a foggy day, the PowerShot G1 X Mark III can always deliver a superb image says Canon. The DIGIC 7 processor – the EOS 80D is behind here, with Digic 6 – provides premium image quality straight from the camera,  continues the company, “with a reduced need to edit thanks to Auto Lighting Optimiser and Diffraction Correction, which featured in the EOS-1D X Mark II.”

The built-in 3x zoom lens 24 – 72 mm at f/2.8-5.6  (35 mm equiv.) represents a versatile focal range and offers a close-focusing distance of just 10 cm (at the wide-angle), so you can cover an impressive range of photography genres with a single lens. The PowerShot G1 X Mark III’s lens has been meticulously designed for the sensor in the camera and as such, can reduce potentially unwanted image artefacts that can ruin shots, such as glare. The lens’ 9-bladed aperture can also render pleasing background blur and circular ‘bokeh’, minimising busy backgrounds and adding impact to your subject.

With the first inclusion of Dual Pixel CMOS AF in a Canon compact camera, you can focus rapidly on impromptu moments. The 4-stop Image Stabilisation (IS) adapts and steadies the camera in any active shooting environment, such as a carnival or in the crowd at a music festival, and provides additional confidence when shooting in low light. The Dual Pixel CMOS AF delivers precise and rapid focus in just 0.09 seconds, giving the level of responsiveness, speed and confidence needed for capturing a spontaneous shot at a moment’s notice.

The central built-in Electronic Viewfinder (EVF), which has been optimized to deliver a high-resolution view via a 2.36 million dot Organic EL display, is your window into the world, if you do not want to use the LCD on the back. Moment to remind people that using the LCD, it is possible to use Touch and Drag Auto Focus (AF), so you can take control of the shot by intuitively setting an AF point, providing you with the ultimate confidence to comfortably capture a sharp image, whether you are photographing action or a family portrait. 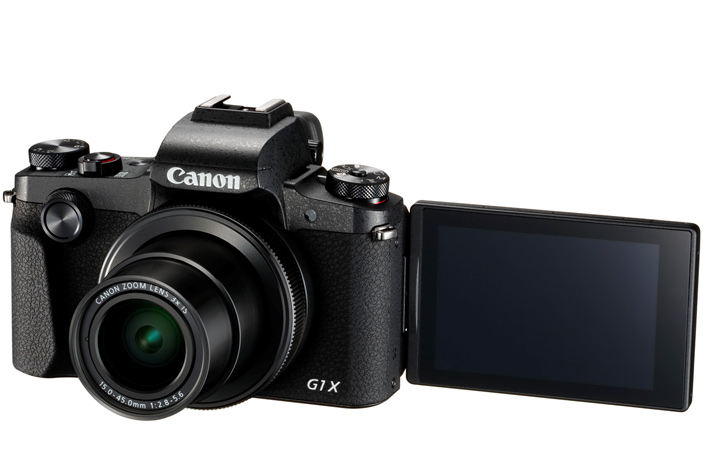 Compact and lightweight, at just 399 grams, the PowerShot G1 X Mark III is 14.8 mm thinner and approximately 19 per cent smaller than the G1X Mark II, meaning it is even more pocketable. It is also ideal for saving space in your luggage whilst traveling, or as a tiny addition to your kit bag. Those familiar with Canon’s EOS cameras will love the PowerShot G1 X Mark III’s operation and control features. From the Lens Control Ring through to the shutter release, Canon users will feel comfortable and at ease using this camera.

For the more adventurous photographer, the PowerShot G1 X Mark III features weather sealing for durable performance in challenging conditions  and as an increased level of protection against dust and moisture. It is Canon’s only digital camera with an APS-C sensor that can be twinned with an optional waterproof casing , to enable the PowerShot G1 X Mark III to be used underwater up to a depth of 40 m (130 feet) – great for creative deep water photography projects.

You can enjoy extended shooting time, thanks to the PowerShot G1 X Mark III’s Eco Mode, which enables the battery to last up to 25 per cent longer. Alternatively, you can conveniently recharge the camera on the go through the USB port’s smartphone charger or USB compatible battery packs.

The PowerShot G1 X Mark III is packed with a range of connectivity features, such as Wi-Fi and Dynamic NFC, to easily connect with compatible smart devices through a single tap. The camera can even be woken from standby remotely through a Bluetooth enabled smartphone, which acts as a low-powered Bluetooth remote. Full manual control, via Wi-Fi, offers a live preview of an image on your smart device, which is perfect, says Canon, “for monitoring and capturing wildlife, without disruption, in their natural habitat.”