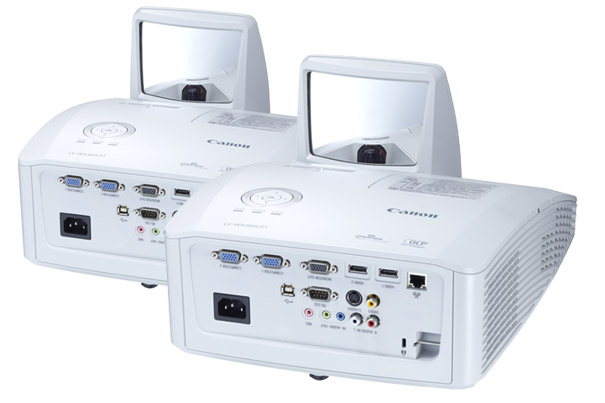 Canon expands its line of portable DLP projectors with two ultra short throw models, the LV-WX300UST and LV-WX300USTi, the latter of which is also Canon’s first interactive model allowing for simultaneous collaboration with multiple users.

The new projectors combine 3000 Lumens with WXGA resolution (1280 x 800), are capable of displaying 3D content via the DLP-Link System and are equipped with two HDMI inputs, an RJ-45 input for network management, built-in 10W speakers and screen color correction.

Both models offer a 0.35:1 throw ratio and a contrast ratio of up to 7500:1, allowing for the projection of large, bright, high-resolution images and HD video from very short throw distances (both can display 80-inch diagonal images from less than one-foot from the projector). The high-image quality and versatility of these models make them ideal for a range of applications including educational and corporate presentations, and both rear-projection advertising and digital signage. 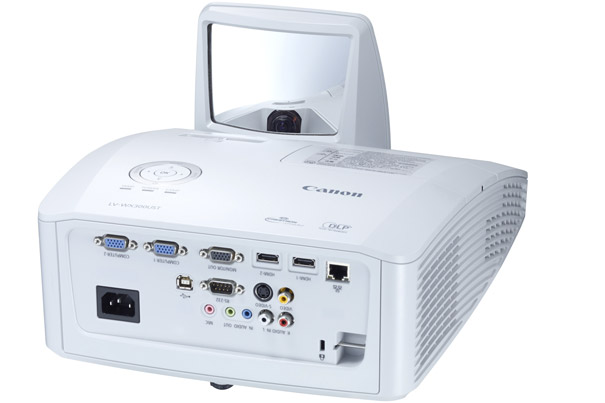 The interactive projector technology supplied with Canon’s new LV-WX300USTi offers users a number of important benefits to help provide an immersive, engaging experience for students, employees and viewers. From collaborative problem solving to participatory team-building, the interactive benefits allow for a user to enhance presentation and lecture experiences by involving their audiences, thus helping improve message impact and retention. 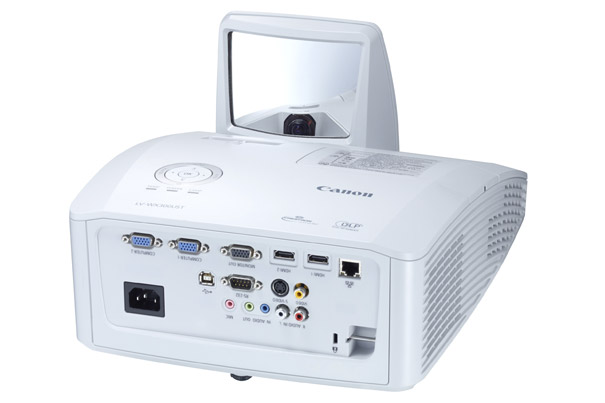 For applications that require displaying high-resolution images and video content, the LV-WX300UST and LV-WX300USTi projectors offer high-quality color output that is reproduced by the projectors single-chip DLP BrilliantColor color-processing technology which is capable of reproducing over one billion colors.

The new Canon LV-WX300UST and LV-WX300USTi multimedia projectors will have suggested list prices of $1,749.99 and $1,799.00 respectively. The LV-WX300UST is now available through authorized Canon dealers and distributors, and the interactive LV-WX300USTi model will be available in late July 2015. An optional Wall Mount is also available (sold separately) for simplified installation.