From February on Canon reduces the price of their EOS-1D C, the first DSLR with 4K capability recording internally since 2012. 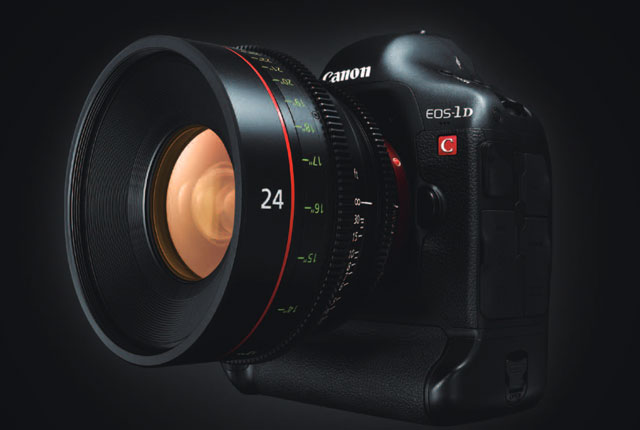 With a series of announcements for the 6th of February which have made the rumour mill work at full speed the last couple of weeks, Canon may be well preparing  the path for their future cameras. The drop in price for the EOS-1D C, which on the 1st  of February, a few hours from now, will cost $7,999 instead of $11,999, is a sign of things to come. And soon the market will have cameras offering three formats in the same body: Full Frame, APS-H and APS-C.

There’s a lot of speculation about the specs for the new Canon cameras. Rumors suggest everything for the new models, EOS 5Ds and EOS 5Ds R (one with the other without the anti-aliasing low-pass filter), but no specifications suggest that the models will have 4K, something that everybody… well a lot of people, say is a must for any new camera. It may or may not be, depending on what you do and with whom you discuss the subject, but the truth is that although many people wish they would drive a Ferrari, most of us still drive a humble car. And it surely does work. But let’s leave this discussion for another time. Still, take your time to look at the video published here. It’s an interesting conversation, between some popular names in the industry, about 4K, 2K and HD.

Canon Conversations: 4K, 2K, or HD – The Great Debate on Resolution from Canon Pro on Vimeo.

The price drop on the Canon EOS-1D C is what’s important here! After a recent price drop on their Cinema EOS series (read the article Canon EOS C100 & C500: Price Drop Prepares 2015 ), Canon continues to lower the prices on their “old” cameras, to make space for new models. In fact, the  EOS-1D C is an old model by all means, as it was announced in 2012 as the first 4K DSLR camera available in the market. That’s something we tend to forget: the 18.1 megapixel CMOS sensor camera, which shares many features with the EOS 1D X, is capable of recording onboard 4K motion imaging or alternatively HD motion imaging capture on CF cards. It is still today the only camera of its type that can record 4K and the largest sensor camera that can record 4K internally.

With such specifications it is no wonder that in 2013 the  EOS-1D C was awarded  as TIPA’s 2013 Best Video DSLR,  in the same year when, in November, Canon announced that the 1D C was the first DSLR to meet the European Broadcasting Union HD Tier 1 requirements for use in HD broadcast production. Results published then indicated that the EOS-1D C provides “exceptional” HD resolution from a 4K source with “very low” aliasing, and “good” color performance and motion portrayal.

Now, with a price of $7,999, the EOS-1D C becomes a more acceptable choice, also considering that it is both a video and stills top of the line camera. This said, Canon may have some news to show in 2015, but not in the expected EOS 5Ds and EOS 5Ds R, which seem to be more geared toward still photographers than for videographers. In fact, they will be Full HD, but do not seem to compete with the EOS 5D Mark III in the video department. If the specs published are real, that is! But Canon may have a new 4K EOS on the way, in the form of the EOS 5D Mark IV. 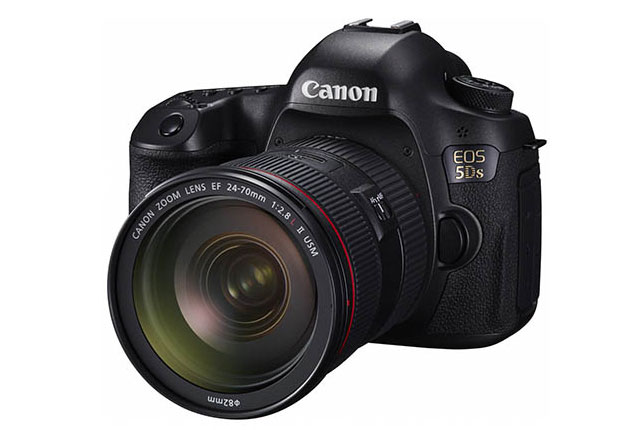 Although it is not related to video, there’s one interesting aspect of the new EOS 5Ds and EOS 5Ds R that should be mentionned: both cameras offer full frame, APS-H (1.3x) and APS-C (1.6x) crop, something that is new on Canon and seems to be an answer from the company, finally, to all the rumours about the demise of APS-H. Some have said it was dead – forgetting APS-H is used in the EOS-1D C. In fact the 4K movies in the camera use an image size which is equivalent to APS-H, which is wider in angle than the Super 35mm equivalent.

APS-H was born when the film format APS was created, with APS-H being one of the optional formats available. Canon used it in their digital sensors in the early days, when it was expensive to create full frame sensors. Although some have suggested that the format was dropped by Canon with the fusion of their EOS 1D lines, it seems they do not want to let it die – Canon is the only company using it – and its appearance in the new Canon EOS 5Ds and EOS 5Ds R indicates that the company has decided to not only bring it back but create something unique: the option to shoot in the same camera at Full frame, APS-H and APS-C. One could almost say that the spirit of the original APS format is revived through this!

The option to select different crops in the same camera may be an asset to video too, and that’s something users will have to consider, when looking at the EOS 5Ds and EOS 5Ds R. Although both cameras appear to be geared towards photographers,  video is still present, so this feature should be considered when using it.

The use of three different crops in a camera is also interesting because it may point to a direction Canon wants to go towards. This could make the production of APS-C bodies a thing of the past, and this is, in fact, the first time, from my point of view, that it makes complete sense to abandon the smaller sensor production. One should remember, though, that only on sensors with high-pixel count – like these 53MP cameras – it makes sense to offer this option, as with each crop there is a reduction in the millions of pixels available to the user. But as the market seems to be eager to ask for more and more pixels each new year, this decision from Canon may well be the rule to follow in the future. But only time will tell!

For now, the drop in price of the Canon EOS-1D C, which, as said, offers Full Frame for stills and a kind of APS-H for 4K video, is the real news and something that users can see and try themselves in a few hours. In a few days more Canon will announce, officially, their new cameras, and then we will be back here to look at the final specifications.